The Maine Mariners will officially hit the ice for the first time next Tuesday, October 2nd at William B. Troubh Ice Arena (225 Park Ave. in Portland) as training camp begins. Practices will be held at Troubh through Friday, October 5th with all sessions beginning at 10:30 AM, and running through roughly 12:00 PM. All sessions are open to the public. The Mariners front office will have an informational table on site on October 2nd. The training camp roster will be announced Monday, October 1st. 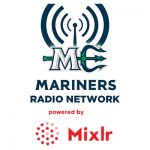 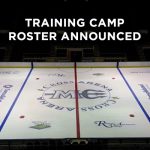