READING, PA – March 29, 2019 – A desperate Reading Royals team fighting for its playoff lives, scored six unanswered goals after falling behind 1-0 early and cruised to a 6-2 win over the Maine Mariners on Friday night at Santander Arena. The Mariners lost their second straight game in regulation for the first time since February 8th and 9th.

Zeb Knutson, recently claimed forward off waivers from Indy, made his presence felt immediately when he scored on a breakaway just 2:15 into the game. Dillan Fox caught the Royals making a chance and spotted Knutson for a clean break from the attacking blue line in. Knutson beat the glove of Jamie Phillips to make it 1-0 Mariners. Reading got even at 8:22 of the period onCorey Mackin’s first professional goal, set up from below the goal line by Adam Schmidt. Late in the period, Jacob Graves got a shot from the blue line through Chris Nell to give Reading its first lead. Shots were even at 12 with the Royals leading 2-1 at the end of one.

As the teams traded chances early in the 2nd period, Adam Schmidt deflected a puck on its end and rolled it across the goal line to make it 3-1 Royals at 4:58. At 10:36, Michael Huntebrinker attempted to feed Alex Roos driving through, but was credited with the goal instead of the assist as the puck deflected past Nell for Reading’s fourth straight goal. The Royals held a comfortable 4-1 lead through two periods.

Tyler Brown and Matt Pohlkamp added to the Reading lead in the third making it 6-1, chasing Nell in favor of Francois Brassard. Dillan Fox was set up by Nick Master and Dwyer Tschantz at 14:41 for the Mariners’ 2nd goal. Phillips played well, stopping 36 of 38 for the win.

The Mariners magic number to clinch a playoff spot did drop to 10 points thanks to Adirondack’s win over Brampton. Manchester also fell in Newfoundland, keeping Maine three points behind the Monarchs with two games in hand. The Growlers clinched the North Division regular season title with their win.

The Mariners travel to Glens Falls for a meeting with Adirondack on Saturday at 7:00 PM, followed by a home game against the Thunder Sunday afternoon at 3:00 PM. A screening of D2: The Mighty Ducks will immediately follow the game on the video board, free for all fans who purchase tickets to the game. Tickets can be purchased HERE or by calling the Trusted Choice Box Office at 207-775-3458. 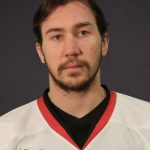