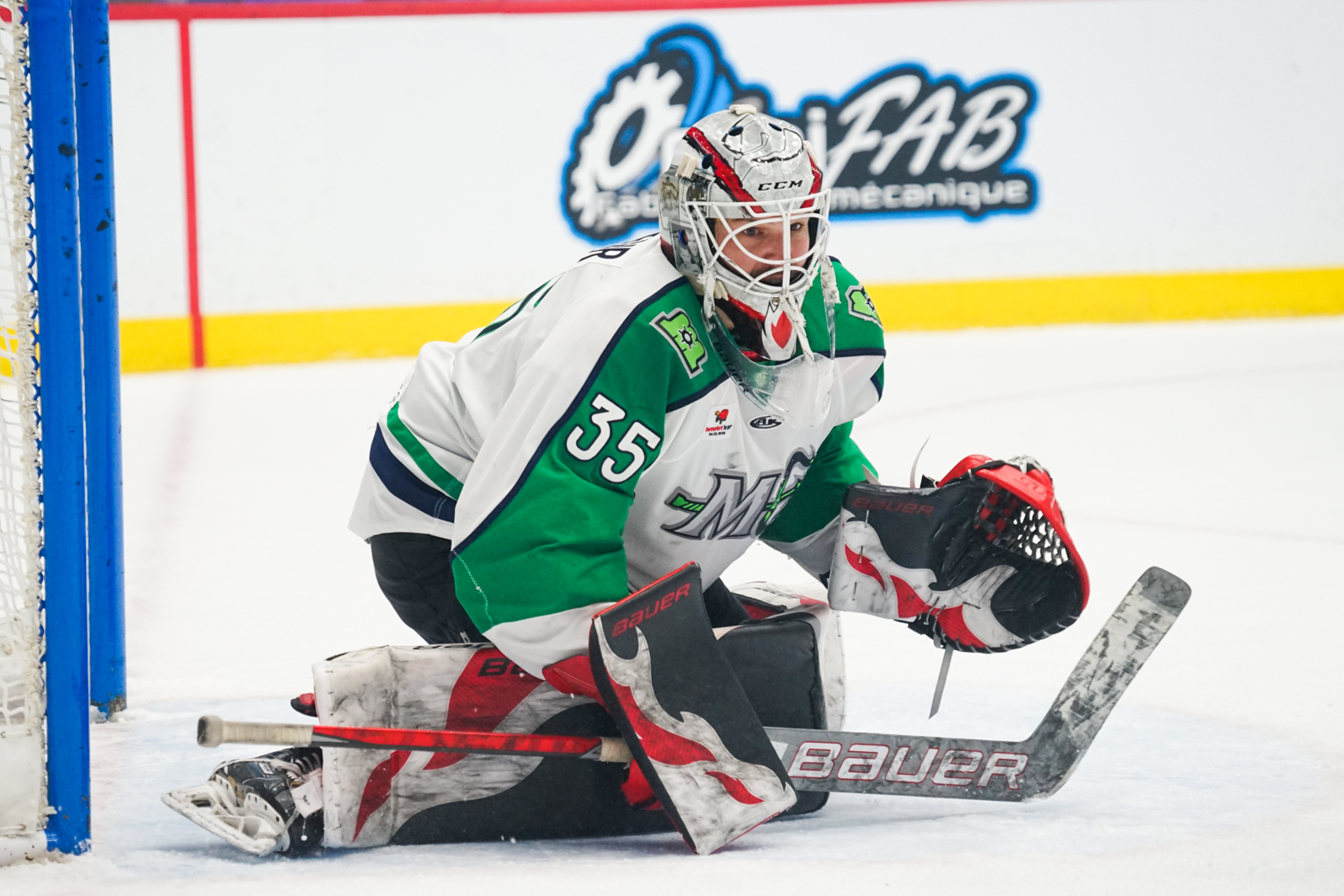 TROIS-RIVIERES, QC – December 15, 2021 – A pair of third period goals lifted the Trois-Rivieres Lions to a 4-2 win over the Maine Mariners on Wednesday night at the Colisee Videotron in Trois-Rivieres. It was the first of three games this week in the first ever trip to Quebec for the Mariners, taking on one of the ECHL’s expansion franchises.

The Lions took a 1-0 lead at 13:57 mark of the opening period, on a goal by Anthony Deluca. After Shawn St-Amant drove the net to get Jeremy Brodeur out of position, defenseman Philippe Bureau-Blais quickly ripped a pass from the left point to Deluca down to the left of a sprawling Brodeur.

In the opening minute of the 2nd period, the Mariners tied it up on Westin Michaud’s first goal as a Mariner. Michaud trailed Nick Master’s zone entry and picked up a loose puck, flipping it past Lions netminder Philippe Desrosiers to make it 1-1. After new Mariner Garrett Clarke dropped the gloves with Trois Riveries’ Danick Malouin, the Lions went back ahead. Nicolas Lariviere broke down the left side and ripped a wrister past the glove of Brodeur at 11:27 of the middle frame, giving Trois-Rivieres a 2-1 lead. Moments later, Maxime St-Cyr was awarded a penalty shot, and Brodeur made a key save, one of 17 in the period. At the 16:43 mark, Maine got even again when Conner Bleackley fed Marc-Olivier Duquette, and Duquette beat Desrosiers with a shot from the top of the right circle.

The Lions broke the 2-2 tie at the 9:31 mark of the third when Cedric Desruisseaux buried a rebound off a broken play, started by a Olivier Galipeau cross ice pass, and off a shot by Maxime St-Cyr of Brodeur’s pad. St-Cyr added insurance at 16:20 when he cleaned up a shot off the post from Deluca.

The Lions outshot the Mariners 42-27 in the game, with Brodeur making 38 saves and Desrosies stopping 25 for his league-leading 11th win.

The Mariners (7-10-3-1) and Lions play two more in Trois-Rivieres this weekend, with the next game set for 7:00 PM on Friday and the series finale at 3:00 PM on Saturday. Mariners road games are broadcast on FloHockey.tv and on the Mariners Radio Network at MarinersofMaine.com/listen. The next home game is Wednesday, December 29th against Worcester, a 3:00 PM faceoff and “Kids Day.” The first 500 kids will receive a Mariners silicone bracelet and a postgame family skate will follow. The Mariners are also home on New Year’s Eve, taking on the Trois-Rivieres Lions at 5:00 PM. For the first time ever, “Poseidon’s Platform” will be open for individual ticket purchases, which will include a champagne toast for and access to a cash bar for all fans 21+. The Ice Level Lounge area will be open on New Year’s Day with a similar deal that includes a food buffet, free soda and water, and access to a cash bar. The Mariners host Adirondack at 6 PM on January 1st. Individual tickets for all games can be purchased online at MarinersOfMaine.com/tickets or by visiting the Trusted Choice Box Office inside the Cross Insurance Arena. 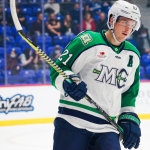