BRAMPTON, ON – January 17, 2020 – The Mariners surrendered three different two goals leads and ultimately suffered a 7-6 overtime loss at the hands of the Brampton Beast on Friday night at the CAA Centre in Ontario, Canada. David Vallorani scored the game-winner for Brampton at 3:21 of OT while Alex Kile had three assists for the Mariners in the loss and Eddie Matsushima scored two goals.

The Mariners scored twice in a span of 17 seconds to grab a 2-0 lead 4:36 into the game. Ty Ronning’s shoot-in fooled Beast goaltender Alex Dubeau, who ventured below the goal line to try and play the puck that popped out to the left circle for a gift for Eddie Matsushima. Morgan Adams-Moisan also assisted on the goal. On the ensuing shift, John Furgele drove the net and took a feed from Alex Kile, backhanding his second goal of the season – and first in 2019-20 as a Mariners over Dubeau. Brampton’s first goal was a bit controversial at the 10:43 mark, when Jackson Leef appeared to be offside but was ruled to have touched up and then beat LaCouvee’s stick side with a wrister to make it a 2-1 game. Maine regained the two goal lead at 16:20 when Morgan Adams-Moisan finished a second chance after Dubeau shut him down on a breakaway. The Beast turned the puck over to Adams-Moisan at the bottom of the right circle and he ripped a shot over Dubeau’s glove for his fourth of the season. Brampton cut the lead back to one before the end of the period when Daniel Leavens beat LaCouvee’s glove with a wrist shot from the right circle. There were a combined 31 shots in the first period, 16 by Brampton.

The second period provided a little relief for the goaltenders, but still saw a total of three goals. Francois Beauchemin tied the game just 53 seconds into the period, finishing a pair of Erik Bradford chances off of LaCouvee’s pad. Beauchemin added another on the power play at 11:34 to give Brampton its first lead. With under a minute left in the period, Alex Kile set up Terrence Wallin, driving the net to tie the game at four through two periods.

Just like the first, the Mariners scored two quick goals to open the third. At 2:40, Kile found defenseman Jeff Taylor between the circles, for what became Taylor’s first goal as a Mariner. Thirty-six seconds later, Matsushima capitalized on another Brampton turnover and walked in alone to beat Dubeau and make it a 6-4 game. Leavens scored at 11:49 and 18:46 (with the goalie pulled) to complete his hat trick and force overtime. In the third, the Mariners scored two goals on three shots.

Vallorani used Kile as a screen to beat LaCouvee for the game-winner at 3:21 of overtime. Brampton avoided their third loss in a row, while the Mariners now have a three game point streak despite the defeat. They gain a point of cushion on Adirondack for fourth place in the North, as the Thunder lost at Reading.

The Mariners have two more games this weekend in Brampton – tomorrow at 7:15 and Sunday at 2:00 PM. They’ll return home on Friday, January 24th for Star Wars night, against Worcester once again. It’s a “1-2-3 Friday,” featuring $1 Aquafina, $2 Pepsi products, and $3 Bud Light Drafts through the start of the 2nd period. Star Wars characters from local fan groups will be on hand, and the first 2,000 fans in attendance will get a Mariners t-shirt courtesy of Unifirst. Groups of 10 or more can get discounted tickets to all games by calling 833-GO-MAINE. Individual tickets can be purchased at MarinersOfMaine.com, at the Trusted Choice Box Office inside the Cross Insurance Arena, or by calling 207-775-3458. 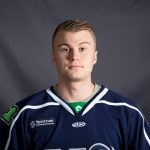