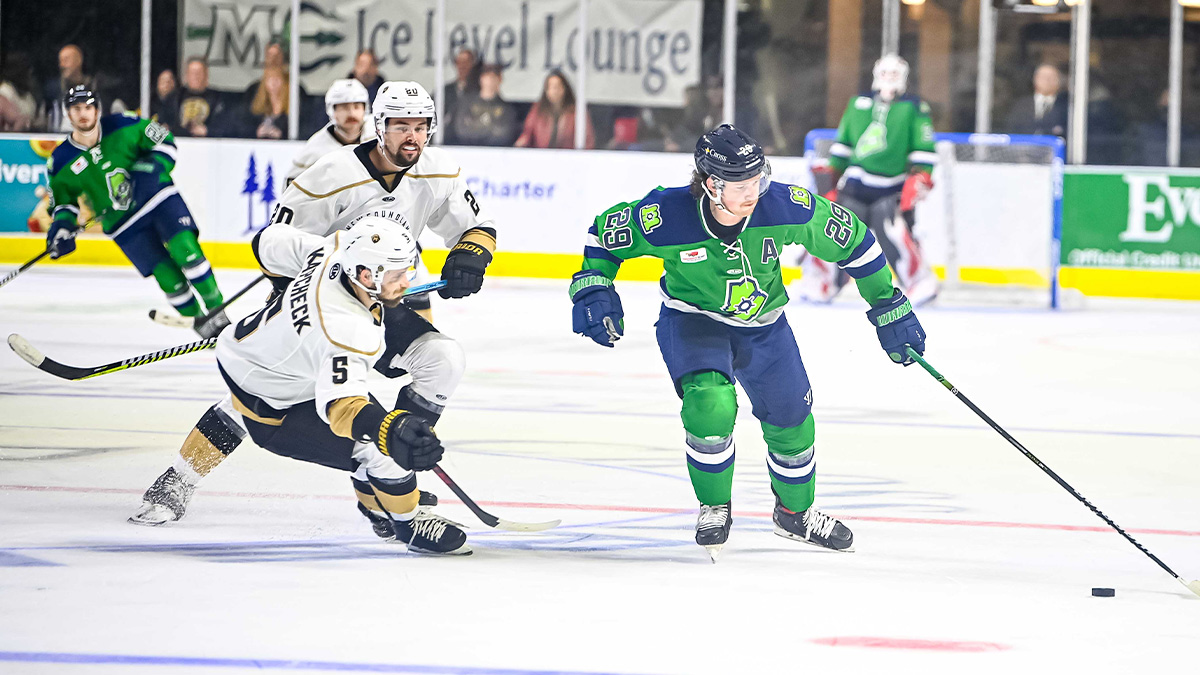 PORTLAND, ME – November 26, 2021 – Justin Brazeau and Marc-Olivier Duquette scored for the Mariners, but the Newfoundland Growlers skated away with a 4-2 win on Friday night at the Cross Insurance Arena in the first meeting of the season between the two teams.

The visiting Growlers struck first, using their power play to take a 1-0 lead at 12:20 of the opening period. Gordie Green redirected a pass from Marcus Power past Mariners netminder Jeremy Brodeur to break the scoreless tie. The Mariners played a strong period, outshooting the Growlers, 10-7.

The teams combined for four goals in the final six minutes of the 2nd period. At 13:10, Justin Brazeau haunted his former team, tipping home a pass from Andrew Peski to tie the game at one. It took the Growlers just 39 seconds to respond, as Bobby Lynch redirected a Brennan Kapcheck point shot just inside the post. The Growlers then stretched their lead to 3-1 with a shorthanded goal by Todd Skirving at 16:06. The Mariners closed the gap back to one at 17:20 of the frame on defenseman Marc-Olivier Duquette’s first goal of the season. Duquette took a cross ice pass from J.D. Greenway and ripped a one-timer past Growler goalie Evan Cormier. The Growlers led 3-2 after two.

The Growlers dominated the third period, outshooting the Mariners 20-6. Jeremy Brodeur made several big saves to keep it a one-goal game, but Newfoundland’s Isaac Johnson gave the Growlers insurance with a goal at 15:40 to seal a 4-2 final score. Newfoundland improved to 8-0-0 on the road this season.

The Mariners (6-5-2-0) head on the road to take on the Adirondack Thunder tomorrow night at 7:00 PM. They are back at the Cross Insurance Arena next weekend for games on Saturday, December 4th and Sunday, December 5th, also against Adirondack. Saturday, December 4th is the annual Teddy Bear Toss game, with all donations benefiting Marine Toys for Tots and the Holden Police Department. It is also “Elf” night with specialty Elf jerseys and Santa Con – fans encouraged to dress as Santa Claus. Finally, there is a winter beanie giveaway, presented by Martin’s Point Healthcare. Game time is 6:00 PM. Individual tickets can be purchased online at MarinersOfMaine.com or by visiting the Trusted Choice Box Office inside the Cross Insurance Arena. 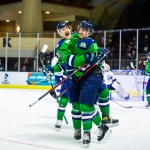 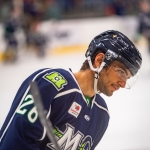