GLENS FALLS, NY – February 22, 2020 – Conner Bleackley and Alex Kile scored goals in the first and third periods respectively, while Connor LaCouvee made 42 stops as the Mariners took down the Adirondack Thunder 2-1 on Saturday night at the Cool Insuring Arena. The Mariners won the final four games of their road trip, finishing 4-1-0-0 on their week-and-a-half journey to Newfoundland and Adirondack.

The Mariners registered 19 shots on Thunder netminder Eamon McAdam in the opening period, tying a season high for shots in a period (January 3rd vs. Jacksonville). The game remained scoreless until the 18:27 mark, when Conner Bleackley ripped a shot off Thunder defenseman Charlie Curti and in behind McAdam to give Maine a 1-0 lead. Michael McNicholas, who won the faceoff to Bleackley, received the lone assist. Connor LaCouvee stopped all 12 Adirondack shots that came his way in the first.

LaCouvee stayed sharp in the 2nd, stopping 11 more Adirondack offerings to keep the Thunder scoreless through two. The Mariners were outshot 11-2 in the middle frame.

Early in the 3rd, the Mariners cushioned their lead when newly acquired defenseman Matt Nuttle found Alex Kile alone in front of McAdam at 2:55. Kile patiently outwaited McAdam, who was well out of his crease, and ripped it behind him to double the Maine lead to 2-0. Adirondack finally got on the board at 11:09, when Mike Szmatula was able to bank a puck off the back of LaCouvee and in from below the goal line. LaCouvee and the Mariners held off Adirondack’s final push, including the last 1:27 of 6-on-5.

LaCouvee made 42 saves to earn his 19th win while McAdam stopped 26 to suffer the loss. The Mariners win knocked four points off their magic number (21) for clinching a playoff spot, while Adirondack fell 12 points out of postseason contention, as Brampton defeated Reading. Maine is now two points behind Reading for 2nd place, with the Royals holding four games in hand.

The Mariners are back at the Cross Insurance Arena tomorrow afternoon at 3 PM against the Newfoundland Growlers for “Miracle Night,” celebrating the 40th anniversary of the Miracle on Ice. The Mariners will be wearing Team USA inspired jerseys, which are currently up for auction on the Handbid App until the start of the 3rd period. There will also be a postgame screening of the Disney movie, Miracle (2004) on the video board. Groups of 10 or more can get discounted tickets to all games by calling 833-GO-MAINE. Individual tickets can be purchased at MarinersOfMaine.com, at the Trusted Choice Box Office inside the Cross Insurance Arena, or by calling 207-775-3458. All Saturday and Sunday home games feature the Family Four Pack – four tickets, four food and drink vouchers, and four Mariners beverage koozies, starting at $80, and must be purchased in advance of game day. 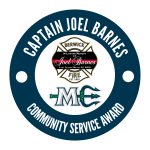 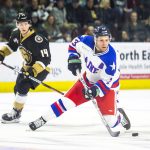