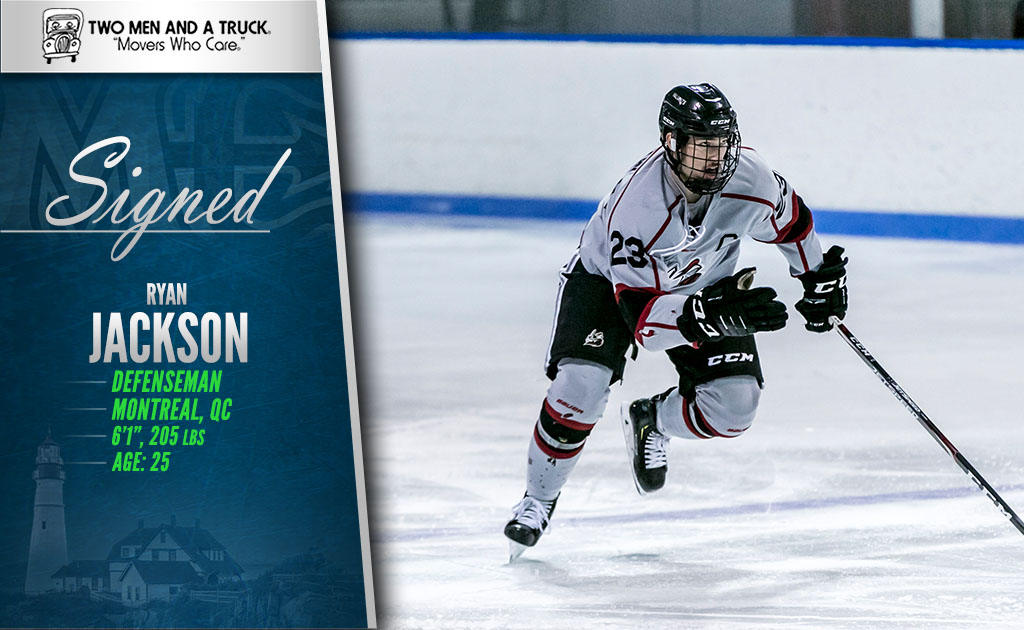 PORTLAND, ME – September 14, 2020 – The Mariners have added a defenseman to the 2020-21 roster, announcing the signing of rookie Ryan Jackson, out of Manhattanville College (Purchase, NY). Jackson served as captain for the Valiants in 2019-20 and also has a Maine connection, playing formerly for the Portland Jr. Pirates of the United States Premier Hockey League (USPHL).

Manhattanville is a Division III program, which competes primarily in the United Collegiate Hockey Conference (UCHC). Jackson played for four years with the Valiants, wearing a letter in each of his seasons as an upperclassman, and sporting the “C” in 2019-20. A self-described “two-way defenseman,” Jackson had his moments of offensive production, putting up double figure point totals in his sophomore and senior seasons. He finished his collegiate career with 45 points (13 goals, 32 assists) in 104 games. Jackson was a two time UCHC All-Academic Team selection as a junior and a senior. He was also named Middle Atlantic Conference (MAC) Co-Defensive Player of the Year in 2017-18. 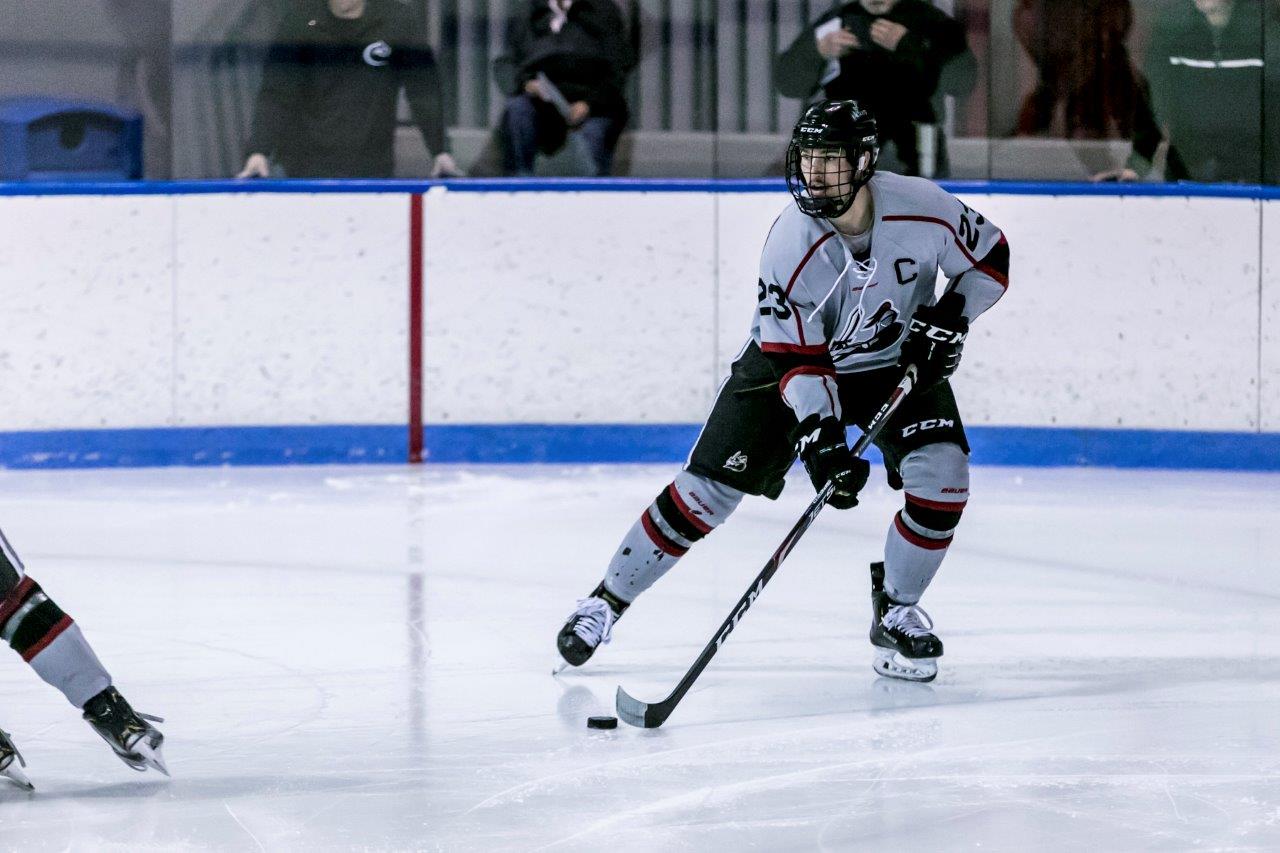 “I’m always looking for DIII players that have developed over their college careers that might have been overlooked by DI teams,” said Riley Armstrong, Mariners Head Coach and Assistant General Manager. “I feel the way Ryan skates and how well he defends, he will be a good pro. Being a right shot defenseman also always helps the cause. I have met Ryan over the summer and I’m excited to see what he brings to the table once training camp starts.”

Jackson, a native of Montreal, QC, is already familiar with Portland, having played in the Jr. Pirates USPHL program during the 2014-15 season. He played 44 games for the Premier squad and two games at the Elite level.

“The coolest part about it was that our home arena was the Pirates practice facility,” said Jackson, referring to the former MHG Ice Center in Saco. “It was kind of cool to experience what the pro atmosphere was like so I got a taste of that at an early age but it will definitely be cool finally being able to play at the Cross Insurance Arena.”

Jackson went on to spend his final season of junior hockey in the Central Canada Hockey League (CCHL) with the Hawkesbury Hawks in 2015-16, before joining Manhattanville.

At the end of Manhattanville’s 2019-20 season, Jackson signed with the Fayetteville Marksmen of the Southern Professional Hockey League (SPHL), and appeared in five games. Ryan is the son of former longtime NHL referee Dave Jackson.

Ryan Jackson is the eleventh announced Mariners player signing for 2020-21, and the third defenseman. Click here to view the current roster in full.