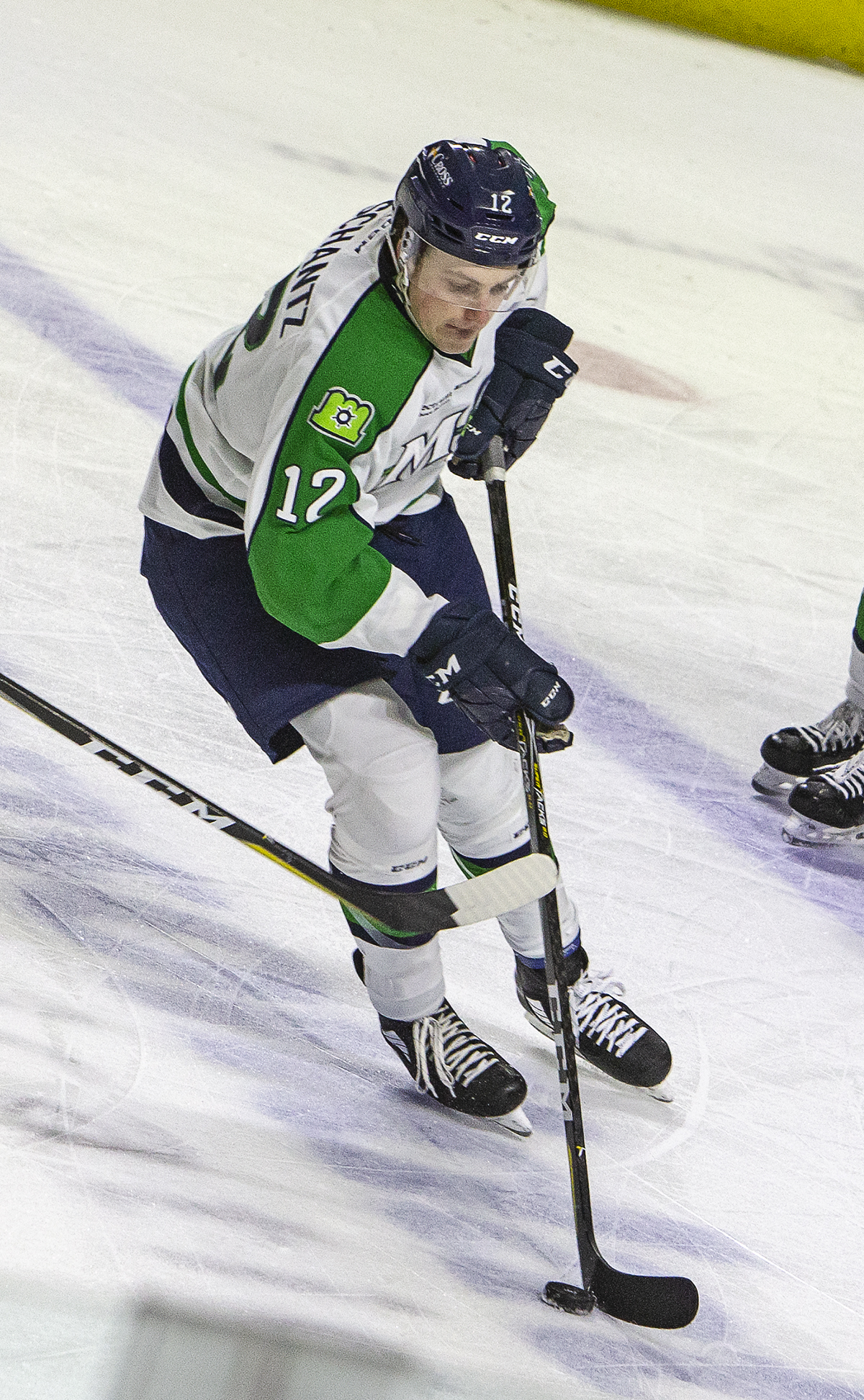 PORTLAND, ME – November 14, 2019 – The Mariners have signed forward Dwyer Tschantz and defenseman John Furgele to standard player contracts, the team announced on Thursday. Tschantz, who spent all of the 2018-19 season on the Mariners roster, was playing in the Southern Professional Hockey League with the Knoxville Ice Bears. Furgele was recently released by the ECHL’s Kansas City Mavericks.

Tschantz, a 6’6 forward from Wilmington, Delaware was a rookie last season, and appeared 50 games for the Mariners. He scored nine goals and added seven assists, doing almost all of his damage in the second half of the season. Fourteen of Tschantz’s 16 points were scored in February, March, and April, allowing him to earn the “Most Improved Player” award, as selected by the coaching staff. He was one of just four Mariners to spend the entire 2018-19 season on the roster. Tschantz re-signed with Maine in late June, but was released following the Mariners’ preseason game on October 5th. In five games for SPHL Knoxville, he has two goals and an assist. Tschantz is a former USHL Clark Cup champion with the Indiana Ice and was a 2014 seventh round pick of the St. Louis Blues. 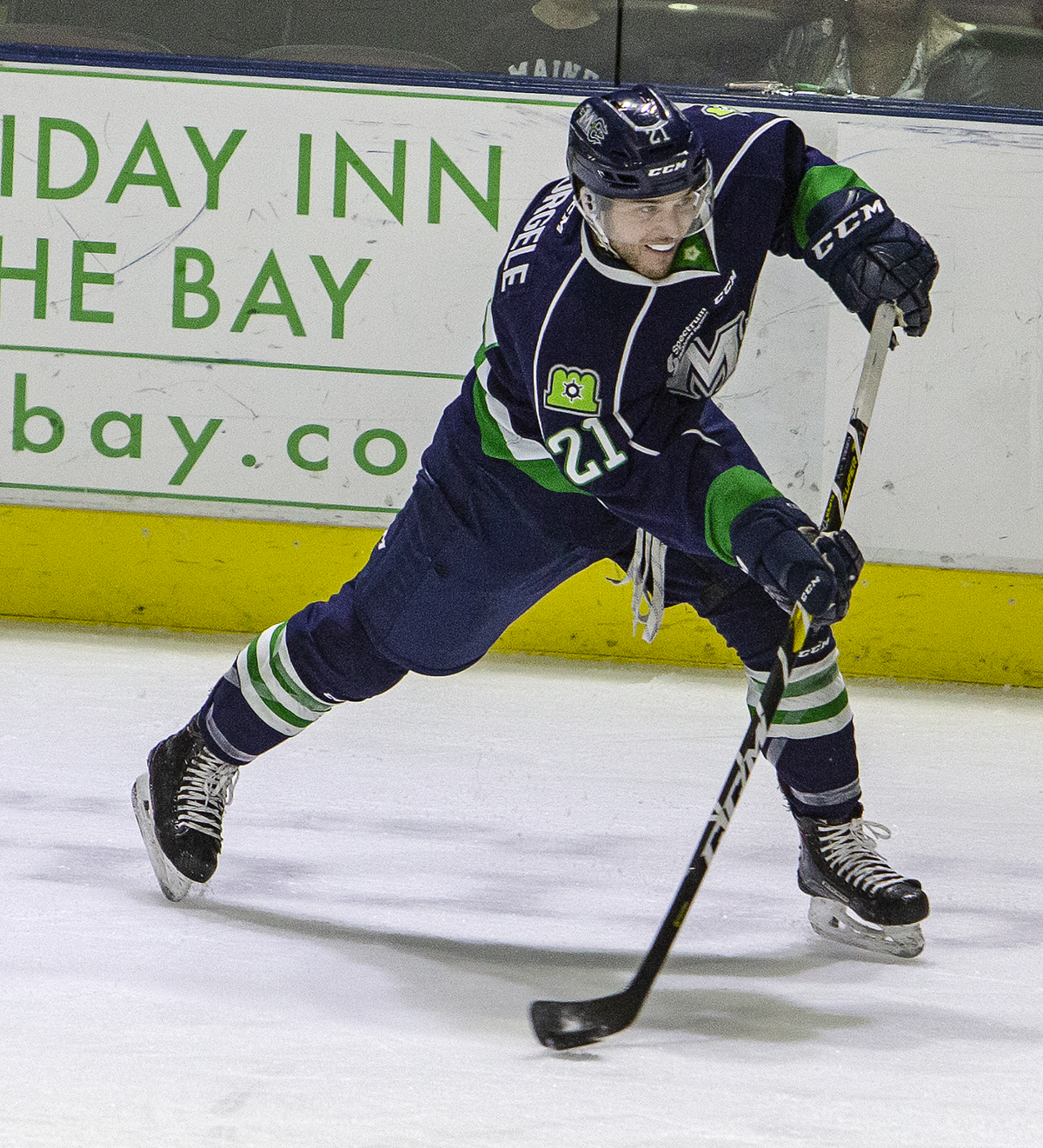 Furgele, a mobile defenseman with an offensive touch to his game, enjoyed success with the Mariners last season, posting 21 points (8 goals, 13 assists) in 51 games, before being moved at the trade deadline. In February, the Mariners dealt Furgele to the Atlanta Gladiators for forward Branden Troock. In 15 games for Atlanta, Furgele posted no goals and three assists. In July, the Gladiators dealt him to the Kansas City Mavericks in a future considerations deal. Furgele played seven games for the Mavericks with a goal and two assists, before his release on November 8th. Furgele is a native of Glens Mills, PA and played college hockey at the University of New Hampshire from 2014-16, before transferring to Quinnipiac.

The Mariners wrap up their home stand two a pair of games this weekend at the Cross Insurance Arena. Friday is Wes McCauley Appreciation Night, as the Mariners honor the South Portland resident and famous NHL referee, who will sign autographs on the concourse during the first intermission. McCauley has also donated two game worn and autographed NHL referee jerseys, that are currently up for auction via the Handbid App. The auction will run through the start of the third period on Friday and the proceeds will benefit the Portland Hockey Trust. Game time is 7:15 PM. It’s also a 1-2-3 Friday with $1 Aquafina, $2 Pepsi products, and $3 Bud Lights through the start of the 2nd period.

Saturday is Hockey Fights Cancer against the Adirondack Thunder at 6:00 PM. The first 1,000 kids 12 and under will receive a pennant upon entry, courtesy of Q97.9. It’s a Family Four Pack night as well – families of four can get four tickets, four food and drink vouchers, and four Mariners can koozies for as low as $80. Individual game tickets can be purchased online at MarinersOfMaine.com, in person at the Trusted Choice Box Office or by calling 207-775-3458. Ticket packages, group tickets, and holiday packs can be purchased by calling 833-GO-MAINE or visiting the Mariners business office at 94 Free St. in Portland. More information on all ticketing is available at MarinersOfMaine.com.