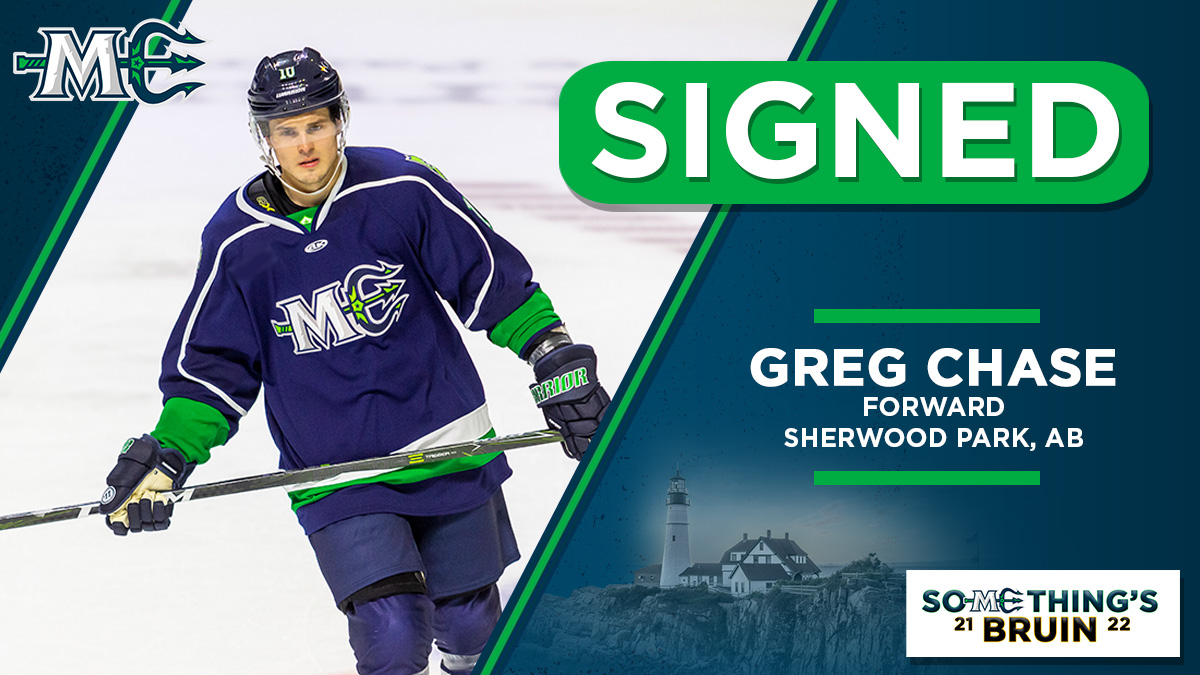 PORTLAND, ME – July 28, 2021 – Forward Greg Chase has signed a contract with the Maine Mariners for the 2021-22 season. Chase has been a big part of each of the Mariners first two seasons, and ranks fourth in career point scoring for the franchise.

Chase originally came to the Mariners from the Allen Americans in a mid-season trade in December of 2018. The Mariners were Chase’s third team that season, after playing for the Wichita Thunder and Allen. He found a home in Maine, registering over a point per game through the end of the season. In 41 games, he scored 21 goals and added 21 assists. His combined 51 points between the three teams, ranked him third on the Mariners leaderboard. Late in the season, Chase was loaned to the Hartford Wolf Pack in the AHL, where he appeared in five games.

His strong season earned Chase a contract with the Wolf Pack in the summer of 2019. He played the majority of the season with the Mariners, however. In 42 games in Maine, Chase scored 10 goals and added 18 assists. He also played three games in Hartford.

“I’m very excited to be returning to Maine. It was a comfortability thing all along,” said Chase. “The culture that Riley set in Maine from the start was something that I love to be a part of and the dressing room and the whole experience playing in Portland has been awesome and it has felt fun. I just wanted that feeling again. It’s something you don’t get outside of hockey.”

Chase, 26, is a native of Sherwood Park, Alberta. He played his junior hockey in the Western Hockey League, primarily for the Calgary Hitmen. He was drafted in 2013 by his hometown team, the Edmonton Oilers, in the 7th round, 188th overall. He made his professional debut in the 2013-14 season with the AHL’s Oklahoma City Barons and has played over 100 games in AHL between OKC, Hartford, the Bakersfield Condors, and the Springfield Thunderbirds. He has also played 166 career ECHL games between Maine, Wichita, Allen, and the Norfolk Admirals.

Greg is the nephew of former NHL winger and tough guy Kelly Chase, and did not play during the 2020-21 season. He joins defensemen Brycen Martin and Michael Doherty on the announced roster for 2021-22.

Full season, half season, 12-game mini plans, and 10-ticket flex plans, as well as group tickets are available now. All new and existing full and half season ticket holders who make a deposit by August 1st are eligible to receive an exclusive Mariners jacket (full) or hooded sweatshirt. (half) For a limited time, to commemorate the new affiliation with the Bruins, ticket package deposits are just $19.92. Single game tickets will go on sale in late September. More information on current ticketing options is available by calling 833-GO-MAINE, emailing mariners-sales@comcastspectacor.com, or by visiting MarinersOfMaine.com. 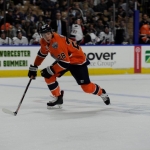 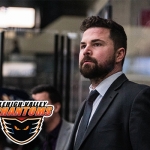