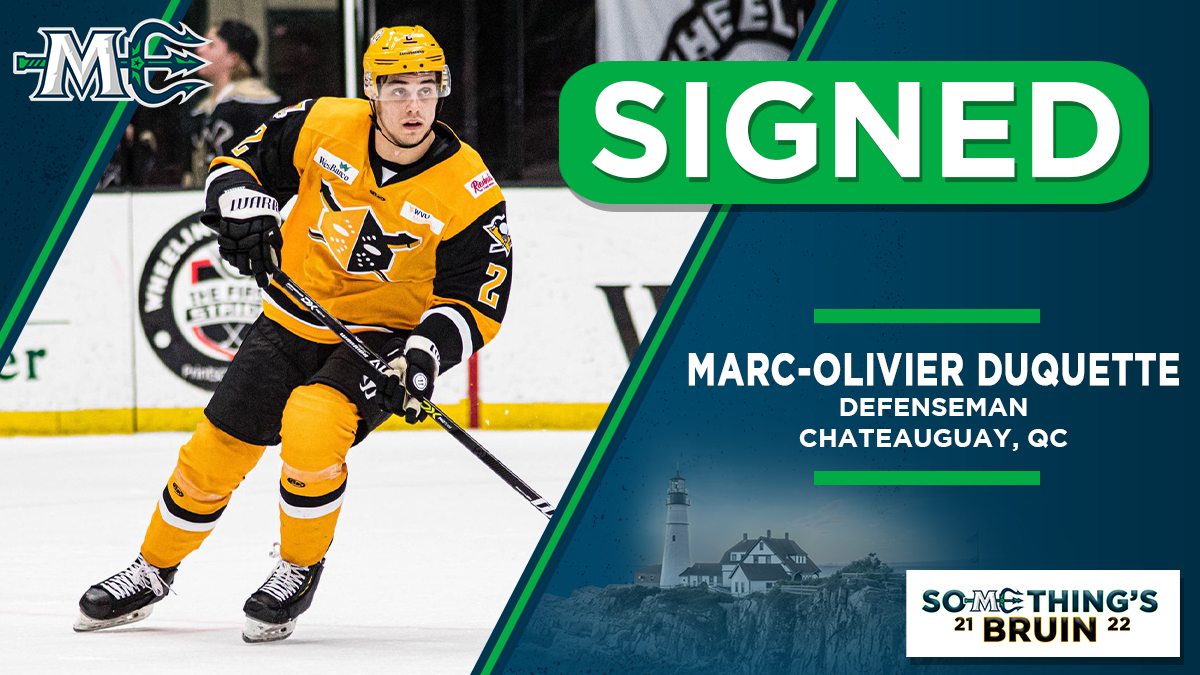 PORTLAND, ME – August 31, 2021 – The Mariners continue to build their 2021-22 roster, announcing the signing of defenseman Marc-Olivier Duquette on Tuesday. Duquette has been in the ECHL since the 2019-20 season, most of his time spent with the Wheeling Nailers.

Like forward Pascal Laberge, who signed last week, Duquette hails from Chateauguay, Quebec and played his junior hockey in the Quebec Major Junior Hockey League. With the Gatineau Olympiques, he was teammates with Laberge and former Mariners defenseman Marc-Olivier Crevier-Morin and goaltender Francois Brassard. Duquette was with the Olympiques from 2014-2016, but only appeared in five games.

In the summer of 2016, Duquette was traded from Gatineau to the Drummondville Voltigeurs, where he’d cross paths with another eventual Mariner: forward Morgan Adams-Moisan. Duquette got a lot of playing time for the Voltigeurs, skating in 68 games in both the 2016-17 and 2017-18 seasons, and 50 more in 2018-19, his final year of juniors. While more of a stay-at-home defenseman, Duquette posted 21 or more points each season, with a career high seven goals in his last year.

Duquette turned pro in 2019-20, and appeared in four games for the Fort Wayne Komets, with no points or penalty minutes. He was dealt to Wheeling in late October of 2019, and skated in 39 games for the Nailers, scoring two goals and five assists. Duquette returned to Wheeling for the 2020-21 season, but only played in one game.

Duquette is 23 years old and brings size to the team at 6’4, 201 pounds. He joins Brycen Martin, Connor Doherty, and Nate Kallen on the Mariners defense corps. In addition to that group, the Mariners have announced the signings of four forwards to date. Click here to view the current roster. 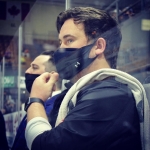 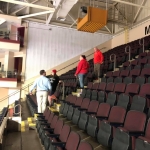