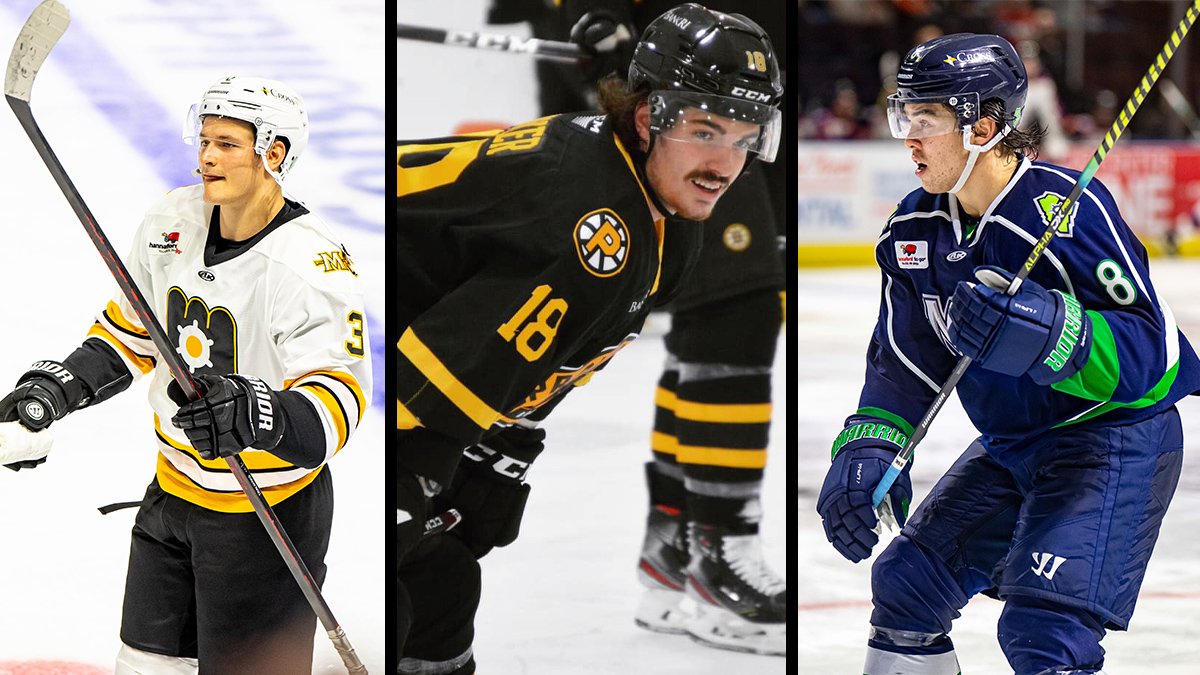 PORTLAND, ME – November 23, 2021 – The Maine Mariners announced a trio of roster moves on Tuesday. Forwards Eduards Tralmaks and Alex-Olivier Voyer have been assigned from the Providence Bruins, while defenseman Michael Kim was loaned to the Springfield Thunderbirds.

Tralmaks, a University of Maine alumnus, returns to Portland after putting on a show in the Mariners home opener. In his one and only game in a Mariners uniform, Tralmaks registered a hat trick in the 6-3 opening night victory over the Worcester Railers on October 22nd. He was recalled to Providence the following day. In eight games with the P-Bruins, the 24-year-old Tralmaks has one goal.

Voyer, a 22-year-old forward from Sherbrooke, QC, is currently in his second professional season. During 2020-21, he split the year between the American Hockey League and the ECHL. In 22 games with Providence, he put up five goals and three assists. He also appeared in 16 games for the Jacksonville Icemen, where he registered five assists. Voyer was a big-time scorer in the QMJHL, capping his junior career with an 88-point season as a member and alternate captain of the Sherbrooke Phoenix in 2019-20.

Defenseman Michael Kim was loaned to the AHL’s Springfield Thunderbirds. Kim has suited up in all 11 Mariners games so far this season, registering four assists. He spent the 2020-21 season with Jacksonville and also has 23 career AHL games, all with the Wilkes-Barre/Scranton Penguins. The 26-year-old blueliner is a former captain at Boston College.

The Mariners, proud affiliates of the Boston Bruins, play a pair of home games this week, surrounding Thanksgiving. They host the Worcester Railers on Wednesday at 7:00 PM for “Rivalry Night,” as the VIP Rivalry Cup continues. The Newfoundland Growlers come to town on Friday for a 7:15 PM faceoff and Marvel Super Hero™ Night, which will feature Black Panther specialty jerseys (auctioned via Handbid) and a Marvel poster giveaway to the first 1,000 fans. It’s also a 1-2-3 Friday: $1 popcorn, $2 hot dogs, and $3 Bud Light Drafts through the start of the 2nd period. Individual tickets can be purchased online at MarinersOfMaine.com or by visiting the Trusted Choice Box Office inside the Cross Insurance Arena.