PORTLAND, ME – April 12, 2019 – The Maine Mariners handed out end-of-season awards following their final game of the season this past Sunday, honoring forwards Louie Rowe, Dwyer Tschantz, Dillan Fox, Michael McNicholas, and Greg Chase. The awards were for “community leader”, “most improved player,” “unsung hero,” “rookie of the year,” and “most valuable player,” recipients all chosen by Mariners head coach Riley Armstrong.

A first year pro just out of Arizona State University, Louie Rowe helped at numerous youth hockey practices this season, spoke with honor roll students at Songo Locks School in Naples, Maine, and was heavily involved with last month’s “Checking for Charity” fundraiser with the South Portland Professional Firefighters. Rowe served a celebrity coach for the event and was also one of three Mariners to visit the South Portland Fire Department to learn about the daily routine of a firefighter. Louie is also pro-active in the fight against cancer, losing his childhood best friend to brain cancer. On the ice, Rowe appeared in nine games with one assist and three fights.

Dwyer Tschantz was deemed the Mariners’ most improved player, finishing with a strong final two months. After a proverbial “cup of coffee” with the Worcester Railers in 2017-18, Tschantz spent his first full season as a professional in Maine and was one of four players on the roster from training camp through the end of the season. He scored his first Mariners goal in his third game on October 24th against Manchester, but had just two over his first 27 games. On February 15th in Norfolk, Tschantz caught fire, starting a streak of three straight games with a goal and eventually scored 7 in a span of 13 games, including his first career multi-goal game on March 8th against South Carolina. Tschantz saw his role increase and become a key part of the Mariners offense, finishing with nine goals and seven assists in 50 total games.

Dillan Fox was this season’s “unsung hero.” After being cut by the Reading Royals out of training camp, Fox returned to the SPHL where he had spent the bulk of his career as a pro. On January 3rd, Fox was loaned to the Mariners from the Roanoke Rail Yard Dawgs, and proceeded to score the third most of goals of anyone to suit up in a Mariners uniform this season. With seven multi-point games, and three multi-goal games, Fox accumulated 16 goals and 10 assists in 37 contests in his first full season in the ECHL. Twelve of those goals came over the final 17 games. Fox figures to be a major part of the forward depth for next season.

Team rookie of the year, Michael McNicholas joined the Mariners in November after starting his season in Europe and burst onto the scene, with six goals and 15 assists in his first 18 games. He scored his first professional goal on November 10th against Worcester. The University of New Hampshire alumnus quickly found a row in the top six, playing in all situations: 5 on 5, power play, and penalty kill. With a team leading 40 assists, McNicholas finished in top 5 among all ECHL rookies, and was one of three Mariners with 50 points this season. He was also a durable player, not missing a single game after his arrival in Maine.

Greg Chase was named team MVP, averaging more than a point per game as a Mariner after his acquisition from Allen mid-season. The Mariners traded for Chase in December, and he registered 42 points in 41 games in a Maine uniform. Leading the team in goals, game winning goals, points per game, and finishing second in points, Chase quickly became a fan favorite. He also earned a letter on his sweater as an alternate captain, and earned two call ups to the AHL’s Hartford Wolf Pack. Chase was the ECHL’s CCM Player of the Month for February, when he had 18 points in 13 games and seven multi-point performances.

The second season of Maine Mariners ECHL hockey will begin in October. Full and half season ticket packages are available by calling 833-GO-MAINE or visiting the Mariners front office located next to the Cross Insurance Arena at 94 Free Street. 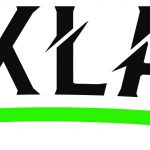 ALL SIX EPISODES OF ‘PUCKLAND’ AVAILABLE ON NBCSPORTS.COM
Scroll to top