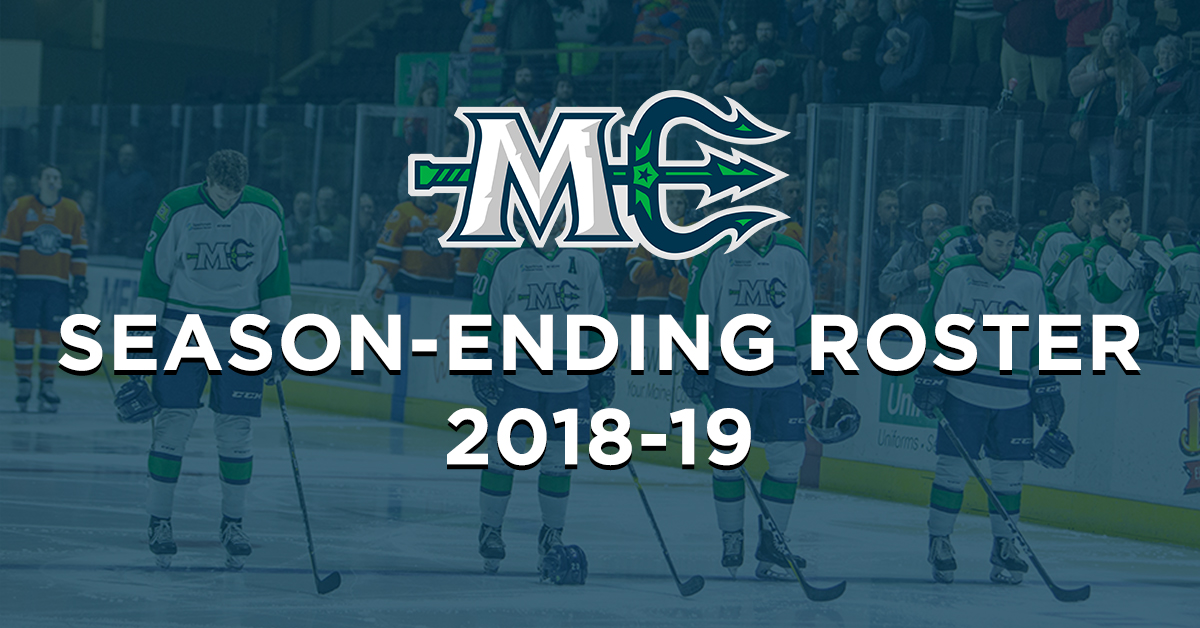 PORTLAND, ME – June 15, 2019 – The Maine Mariners released their season-ending roster for 2018-19 on Saturday, protecting the rights of 20 players between now and July 1st. The season-ending roster is the second phase in the three step process of protecting players’ rights, the first being the initial protected list, and the final being June 30th qualifying offers.

Here is the Mariners 2018-19 season-ending roster:

Each team is entitled to reserve rights to a maximum of eight players from the list of 20 by extending a qualifying offer no later than June 30. Of the eight qualified players, no more than four can be veterans (260 regular season professional hockey games played as of the start of the 2019-20 Season). Players on open qualifying offers cannot be traded. Teams are not required to extend a qualifying offer to players who sign a contract prior to June 30.

Starting on Sunday, June 16th, teams can sign players on their season-ending rosters to standard player contracts for 2019-20. The Mariners will announce their initial signings on Monday, June 17th. Up to eight players can receive qualifying offers by June 30th. Free agency begins on July 1st.

The second ECHL season of Maine Mariners hockey kicks off October 11th at home when the Adirondack Thunder visit the Cross Insurance Arena for a 7:15 PM faceoff. Full and half season plans along with 12-game mini plans and group tickets are on sale now by calling 833-GO-MAINE or visiting the Mariners front office at 94 Free St. in Portland. Single game tickets will go on sale September 16th. The Mariners are also hosting a public “Meet and Greet” with players, coaches, and staff at Binga’s Stadium (77 Free St. in Portland) this coming Tuesday, June 18th from 7-8:30 PM.