PORTLAND, ME – June 16, 2022 – The Maine Mariners announced their season-ending roster for 2021-22 on Thursday, protecting the rights of 17 players between now and July 1st. The season-ending roster is the second in the three-step process of protecting players’ rights, the first being the initial protected list, and the final being qualifying offers. Players can begin re-signing starting today.

Here is the Mariners 2021-22 season-ending roster:

Each team is entitled to reserve rights to a maximum of eight players from the list of 20 by extending a qualifying offer no later than 11:59 p.m. ET on June 30. Of the eight qualified players, no more than four can be veterans (260 regular season professional hockey games played as of the start of the 2022-23 Season). Players on open qualifying offers cannot be traded. Teams are not required to extend a qualifying offer to players who sign a contract prior to June 30.

The Mariners 2022-23 season is once again presented by Hannaford To Go, and begins on Friday, October 21st at Trois-Rivieres, followed by the home opener on Saturday, October 22nd also against the Lions. Full and half season packages plus 12-game mini plans for the 2022-23 season are on sale now by calling 833-GO-MAINE or visiting the Mariners front office at 94 Free St. in Portland. Prospective package holders can also put down a deposit or fill out an inquiry form at MarinersOfMaine.com. Single game tickets will go on sale in September. 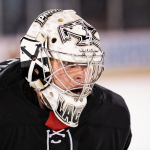 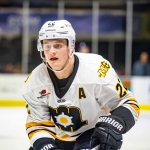