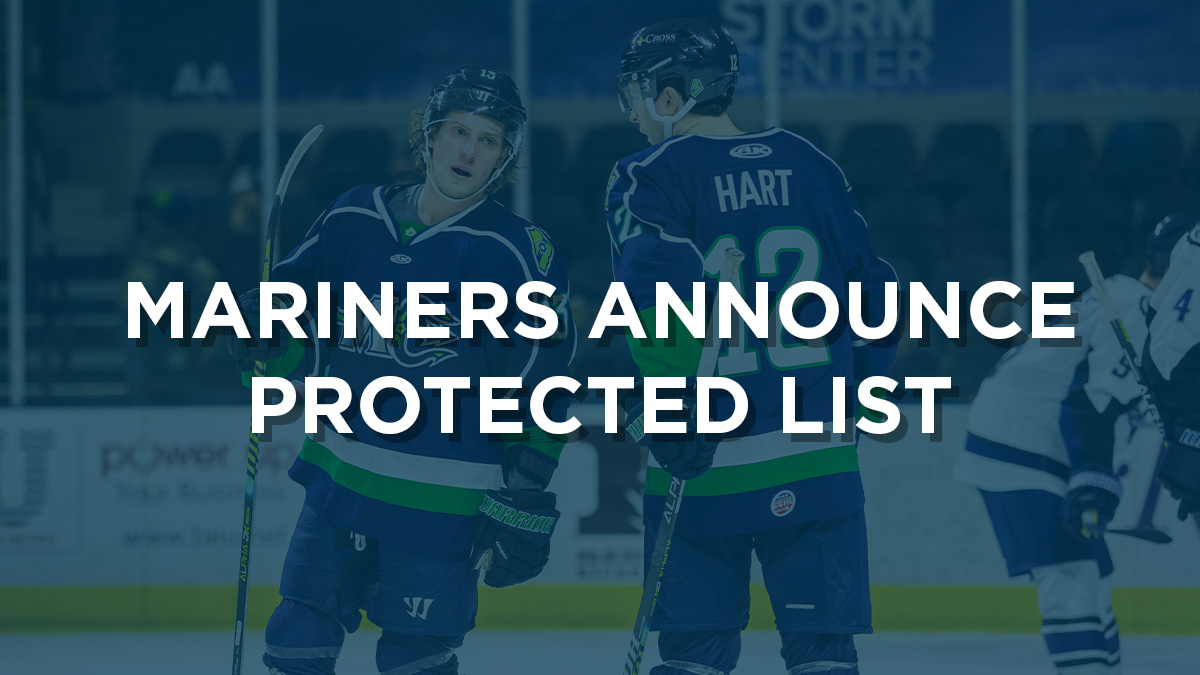 Any Player who had originally signed with one of the 12 Teams (Mariners included) not participating in the 2020-21 Season, and went on to sign with one of the 2020-21 Active Teams, shall have his Player Rights revert back to the original Member Team’s Protected List. Any Player who was issued a Qualifying Offer by a Member that elected Pandemic Voluntary Suspension, but never signed the Qualifying Offer, shall be declared a Free Agent for the 2021-22 Season. Any Player signed as an Amateur prior to the 2020-21 Season (i.e. straight out of college or juniors with zero pro experience) whose Member Team elected to take Pandemic Voluntary Suspension, and who subsequently did not play in the ECHL during the 2020-21 Season, may be voluntarily omitted from his Member’s Protected List without penalty.

Season-ending rosters may include up to 20 players and cannot include any players who did not sign an ECHL contract in 2020-21.

The Mariners are now proud affiliates of the Boston Bruins and begin their 2021-22 season, presented by Hannaford To Go on October 22nd, with the home opener against the Worcester Railers, presented by Skowhegan Savings. The full schedule can be found here.