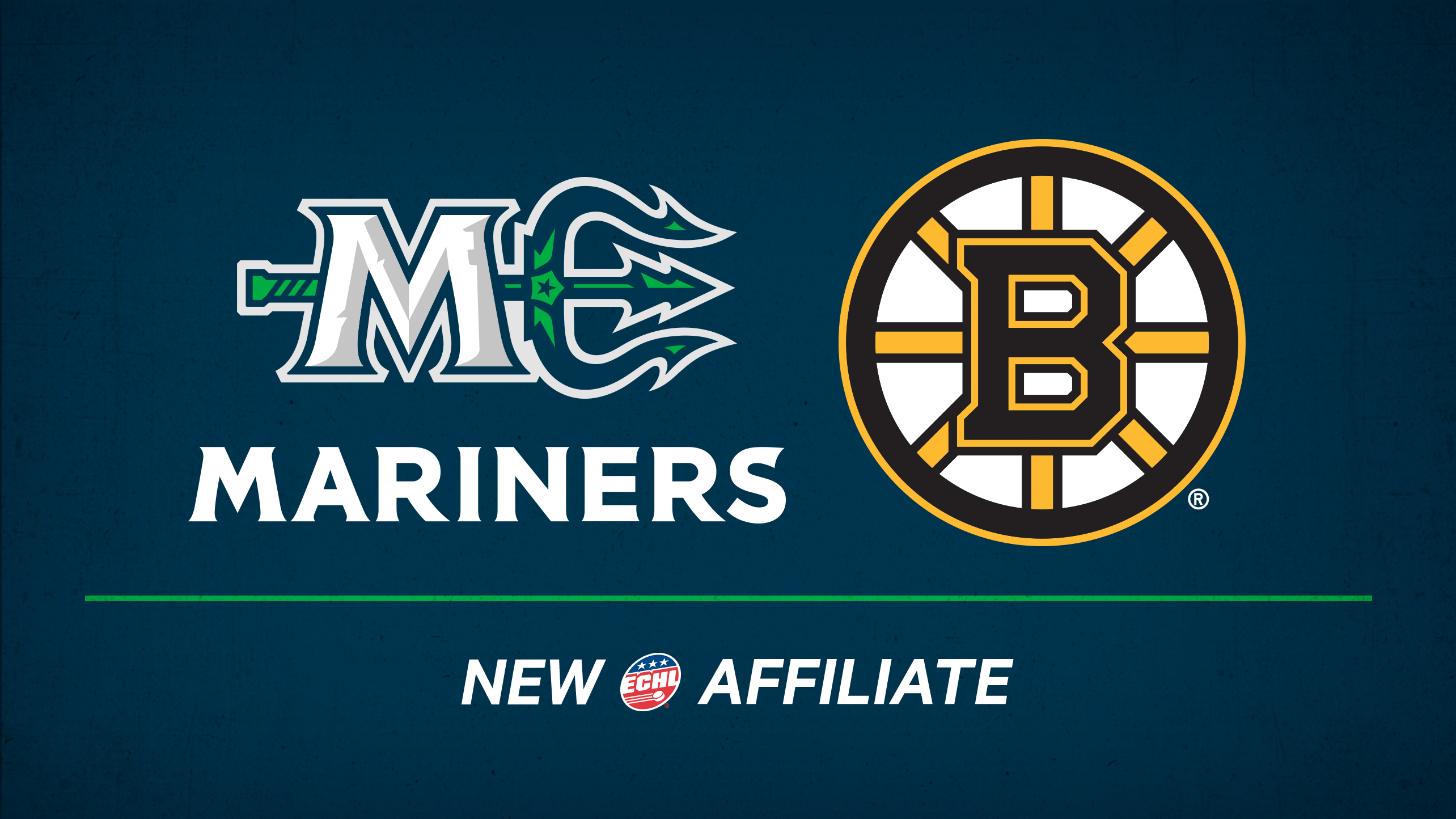 PORTLAND, ME – June 30, 2021 – The Maine Mariners Hockey Club announced a new affiliation agreement on Wednesday, becoming the ECHL affiliate of the Boston Bruins. The Mariners had previously been affiliated with the New York Rangers since they joined the ECHL in 2018.

The affiliation agreement with the Bruins completes the “trifecta” of Portland-Boston affiliations, with the Portland Sea Dogs and Maine Celtics (formerly Maine Red Claws) having existing agreements with the Boston Red Sox and Boston Celtics, respectively. Boston is less than a two hours drive from Portland, and the Bruins fanbase makes up the majority of the NHL rooting-interest in the state of Maine.

“We are extremely excited to be affiliated with the Bruins organization and we’re proud to solidify the Boston-Portland connection with all three of Maine’s professional sports franchises,” said Mariners President Danny Briere. “We can’t wait to bring live hockey action back to Portland this fall, and we know that Mariners fans will be thrilled to watch players from the Bruins organization playing right here in Maine.”

The Mariners will be affiliated with the Providence Bruins at the AHL level. Ironically, Providence represents the original Maine Mariners AHL franchise. The AHL’s Mariners were Bruins affiliates from 1987 until 1992, when the franchise was relocated to Rhode Island.

The Boston Bruins are the oldest NHL franchise based in the United States, founded in 1924. Like the Rangers, they are one of the “original six” NHL teams. They are six-time Stanley Cup Champions, most recently in 2011.

“The Boston Bruins are excited to establish an affiliation agreement with the Maine Mariners of the ECHL,” said Bruins General Manager Don Sweeney. “The Bruins and Maine Mariners have a long player development history, as well as having a passionate fan base in Portland and throughout the state of Maine. We are looking forward to building a strong working relationship with Comcast Spectacor, Daniel Briere, and the coaching staff of the Mariners.”

To commemorate this new partnership, limited edition Mariners throwback t-shirts, with the AHL throwback logo in the black and gold Bruins color scheme, are now on sale at the Mariners Team Store.

The Mariners 2021-22 season, presented by Hannaford To Go, begins on October 22nd, with the home opener against the Worcester Railers, presented by Skowhegan Savings. The full schedule can be found here. Full season, half season, 12-game mini plans, and 10-ticket flex plans, as well as group tickets are available now. All new and existing full and half season ticket holders who make a deposit by August 1st are eligible to receive an exclusive Mariners jacket (full) or hooded sweatshirt. (half) For a limited time, ticket package deposits are just $19.92. Single game tickets will go on sale in September. More information on current ticketing options is available by calling 833-GO-MAINE, emailing mariners-sales@comcastspectacor.com, or by visiting MarinersOfMaine.com. 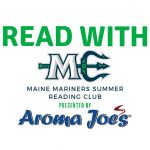 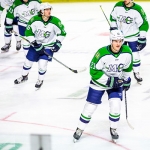