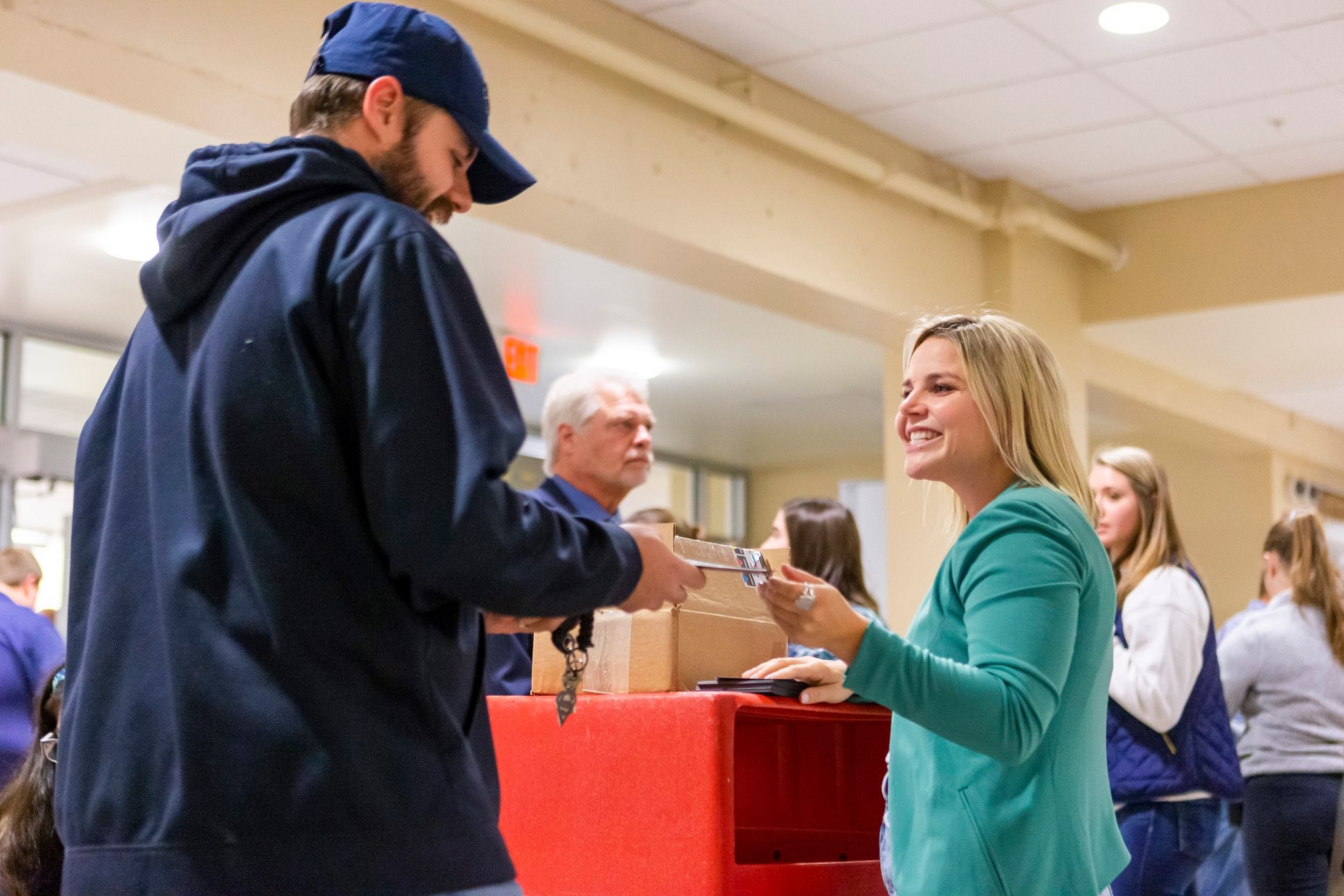 PORTLAND, ME – September 27, 2021 – The Maine Mariners announced their initial list of promotional giveaways for the 2021-22 season on Monday. There are a total of ten giveaway items, encompassing 12 home dates over the course of the season, featuring a combination of collectible, wearable, and useable items for fans to enjoy.

The first two home games of the season will feature a magnet schedule giveaway, sponsored by Portland North Dental. The home opener, presented by Skowhegan Savings is Friday, October 22nd at 7:15 PM against the Worcester Railers. The magnet schedule will also be given away, while supplies last, at the second home game against the Trois-Rivieres Lions on Friday, October 29th, also a 7:15 PM puck drop.

On Friday, November 12th, the Mariners honor the members of the armed forces with Military Appreciation Night presented by Martin’s Point Healthcare, once again at 7:15 PM against Trois-Rivieres. The night will feature a USA-themed baseball cap giveaway, sponsored by Bath Iron Works.

Saturday, December 4th is the Mariners holiday celebration game and the annual Teddy Bear Toss. Keeping with tradition, it will also be beanie giveaway night, sponsored by Martin’s Point Healthcare. The Mariners host the Adirondack Thunder at 6:00 PM.

The following afternoon: Sunday, December 5th, will feature a Beacon the Puffin “shirsey” (t-shirt with a jersey design) giveaway, as the Mariners celebrate Beacon’s half-birthday. The shirsey giveaway is presented by Unifirst.

A special kids giveaway is featured on Wednesday, December 29th for “Kids Club Day.” Kids will receive a silicone Mariners bracelet on the way through the door. The puck drops at a special 3:00 PM game time as the Mariners host Worcester. 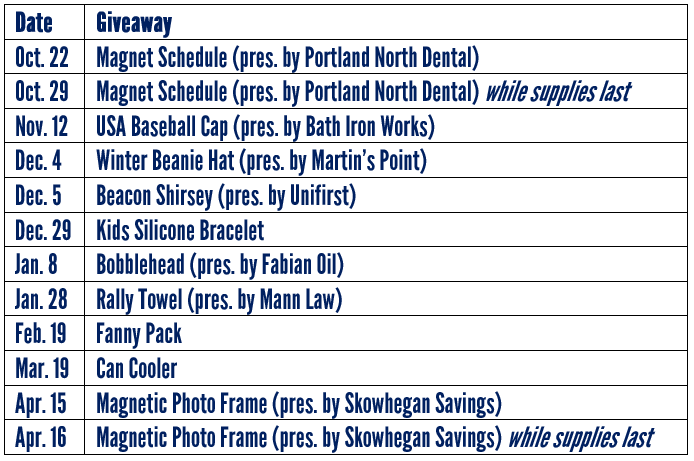 As the season moves into the second half, the Mariners will give away rally towels, presented by Mann Law at the Friday, January 28th game against Worcester at 7:15 PM. Fans can help the rivalry heat up, by creating a playoff atmosphere in the Cross Insurance Arena for one of 14 meetings between the Mariners and Railers in 2021-22. The night is sponsored by Bath Savings.

As part of “throwing it back to the 1990s,” the Mariners will present a throwback-style giveaway with fanny packs on February 19th at 6:00 PM against Trois-Rivieres. This season’s throwback night is 90s themed to allude to the last time the Boston Bruins had a Portland-based minor-league affiliate: 1992. All full and half season ticket holders will also receive a pack of “throwback” player trading cards, featuring current Mariners players in game action with throwback jerseys.

Keep your “Country Night” drinks cold with a Mariners can cooler giveaway on Saturday, March 19th. The Mariners host the South Carolina Stingrays at 6:00 PM.

Finally, the Mariners will be giving away a magnetic photo frame, sponsored by Skowhegan Savings Bank during the final two regular season games (while supplies last) against the Newfoundland Growlers on Friday, April 15th (7:15 PM) and Saturday, April 16th (6:00 PM).

Additional giveaways may be added to the list. All giveaways are subject to change and more information on quantities and eligibility will be announced in the future. The up-to-date promotional schedule can be found here.

The Mariners are now proud affiliates of the Boston Bruins and begin their 2021-22 season, presented by Hannaford To Go on October 22nd, with the home opener against the Worcester Railers, sponsored by Skowhegan Savings. The full schedule can be found here. Full season, half season, 12-game mini plans, and 10-ticket flex plans, as well as group tickets are available now. More information on ticket packages is available by calling 833-GO-MAINE, emailing mariners-sales@comcastspectacor.com, or by visiting MarinersOfMaine.com. Single game tickets will go on sale this Wednesday, September 29th at 2:07 PM.