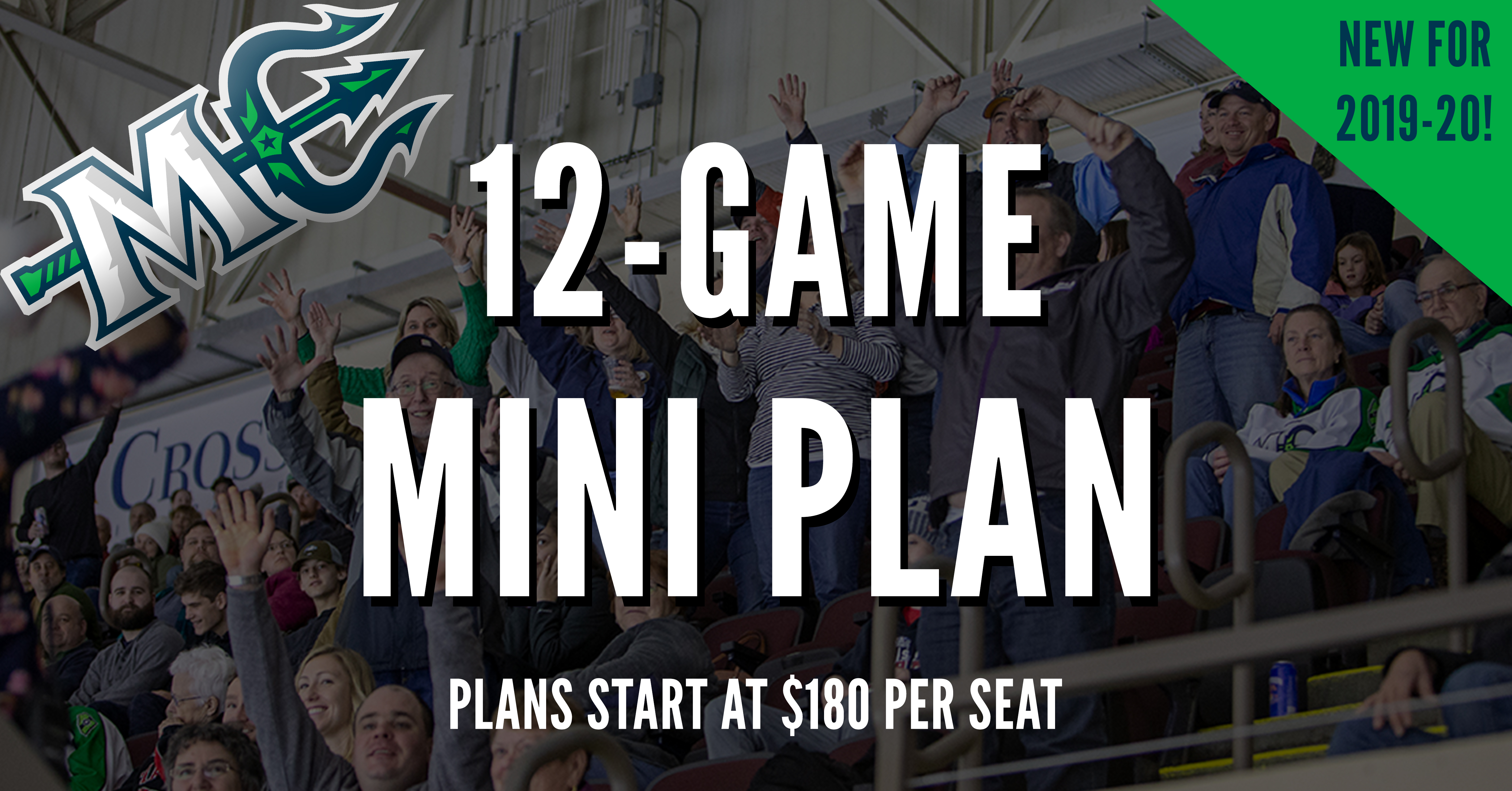 PORTLAND, ME – June 14, 2019 – The Maine Mariners have announced a new ticket plan for the 2019-20 season: the 12-game mini plan. The mini plan will allow fans to pre-select 12 games of their choice, while reserving the same seat for each game. Mini plan packages start as low as $180 per seat.

The Mariners’ second ECHL season will open on October 11th against the Adirondack Thunder at the Cross Insurance Arena. The full schedule for 2019-20 was released yesterday. There are a total of three home games in October, eight in November, four in December, and seven each in the months of January, February, and March. The Mariners have 11 home Saturdays, 11 Friday dates and six Sunday afternoon games to go along with eight weekday games (six Tuesdays, one Monday and Thursday).

In addition to the mini plan ticket plan, the Mariners have full and half season plans available now. Information on 10-ticket flex plans for 2019-20 as well as single game tickets will be released later in the summer. Fans can call 833-GO-MAINE or visit a sales representative at the Mariners offices located on 94 Free St. in Portland for more information or to purchase a ticket package. Additionally, information on all levels of season ticket memberships can be found here.