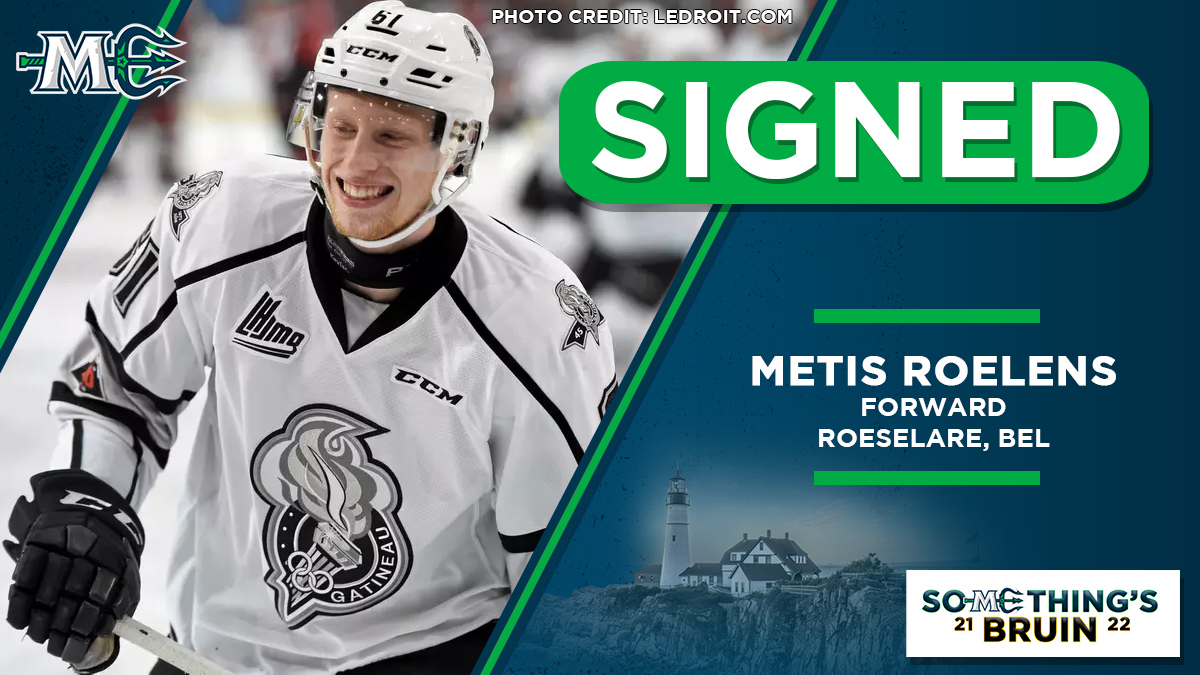 PORTLAND, ME – December 27, 2021 – The Mariners have signed rookie forward Metis Roelens to a contract. A 6’4, 205-pound center, Roelens most recently played in the Quebec Major Junior Hockey League for the Gatineau Olympiques.

Roelens is 21 years old and was born in Roeselare, Belgium. After playing midget hockey in Quebec for the Séminaire St-François Blizzard, he joined Gatineau in 2017-18. In his second QMJHL season, Roelens’ offensive production really took off, as he posted 44 points (18 goals, 26 assists) in 68 games. His 2019-20 season was even better, with 48 points in 56 contests. He stayed on pace in his final junior season – a condensed 2020-21, when he registered 29 points in 31 games for the Olympiques, plus a goal and an assist in four playoff contests.

Metis has a younger brother Milo, an 18-year-old who also plays in the QMJHL for the Sherbrooke Phoenix. The Roelens brothers played together for Gatineau for parts of the 2019-20 and 2020-21 seasons.

The Mariners, proud ECHL affiliates of the Boston Bruins, are home for three games this week, starting Wednesday against the Worcester Railers at 3:00 PM. It’s “Kids Day,” and the first 500 kids will receive a Mariners silicone bracelet, plus a family skate to follow the game. The Mariners are also home on New Year’s Eve (5:00 PM vs. Trois-Rivieres) and New Year’s Day (6:00 PM vs. Adirondack), offering one-time individual ticket purchases in premium seating areas (Poseidon’s Platform on New Year’s Eve and the Ice Level Lounge on New Year’s Day), each which include access to a cash bar and other complimentary food and drink specials. Both games are presented by Kit NA Brewing. Individual tickets for all games can be purchased online at MarinersOfMaine.com/tickets or by visiting the Trusted Choice Box Office inside the Cross Insurance Arena. 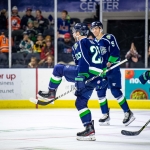