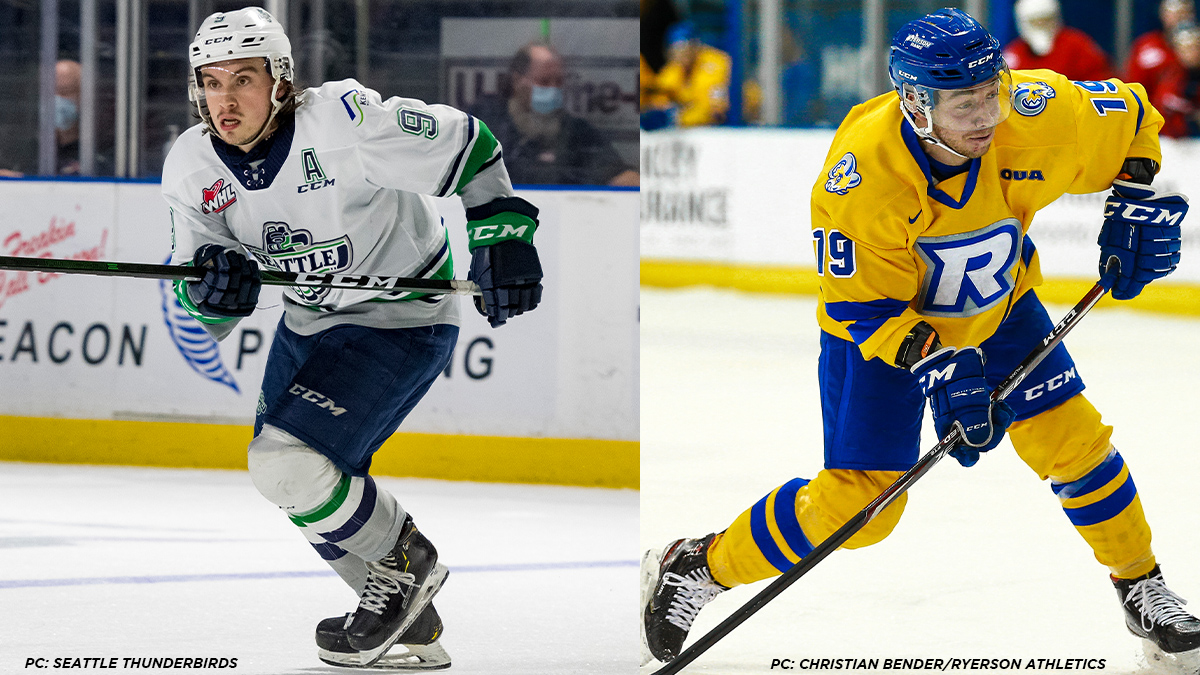 PORTLAND, ME – September 14, 2021 – The Mariners announced the signings of rookie forwards Keltie Jeri-Leon and Devon Paliani on Tuesday. Both players have roots in the Canadian Hockey League, Canada’s top junior circuit. Jeri-Leon comes from the Western Hockey League, while Paliani played in the Ontario Hockey League.

A native of Kelowna, British Columbia, Keltie Jeri-Leon is 21 years old. Since 2016-17, he’s spent time with four WHL organizations: The Tri-City Americans, Kamloops Blazers, Lethbridge Hurricanes, and Seattle Thunderbirds. On January 1st, 2019, Jeri-Leon was traded from Lethbridge to Seattle, a move that helped set off the most productive years of his junior hockey career.

Devon Paliani is a 24-year-old forward from LaSalle, Ontario. He got his start in the OHL with the Sudbury Wolves during the 2014-15 season. After just five games with the Wolves, Paliani was traded to the Saginaw Spirit, and posted 21 points (8 goals, 13 assists) in 59 games. He also skated in four Saginaw playoff contests. Midway through the 2015-16 season, Paliani was dealt from Saginaw to the Sarnia Sting. He finished that season with a combined 22 points (6 goals, 16 assists) in 65 games between the two teams. He played in seven playoff games for Sarnia.

The Mariners have now announced a total of ten players to the 2021-22 roster: six forwards and four defensemen. Click here to view the current roster.