PORTLAND, ME – July 24, 2018 – The Maine Mariners continue to add to their roster for 2018-19, announcing the signings of four more players on Tuesday. Forwards Jesse Schwartz and Dwyer Tschantz have agreed to deals, along with defensemen Mitch Jones and Garrett Cecere.

Jesse Schwartz (6’0, 194) just finished his college career at the University of Connecticut, where he scored ten goals and added five assists in his Senior season. A native of Toronto, Schwartz played his junior hockey in Canada, finishing with a big season in the BCHL (57 points in 48 games) with the Victoria Grizzlies in 2013-14.

“He’s a guy that likes to go into the hard areas, loves the net-front,” said Mariners head coach Riley Armstrong. “We’re looking for him to be an energy guy for the team and also chip in offensively.”

Dwyer Tschantz (6’5, 209) is a former NHL draft pick and played four games with the Worcester Railers last season, scoring one goal. The Wilmington, Delaware native played his college hockey at Cornell University after being drafted in the 7th round, 202nd overall by the St. Louis Blues in 2014.

“[Tschantz] is going to bring some size to the team,” said Armstrong. “Hopefully he’ll create a bunch of grind game and puck possession in the offensive zone. He’s going to come to us with a lot of structure after spending four years at Cornell.”

Mitch Jones (5’11, 198) brings three previous seasons to ECHL experience to the Mariners. Appearing in 58 games for the Utah Grizzlies last season, Jones scored two goals and added 12 assists. He was also a member of the Alaska Aces from 2015-17, the ECHL membership that was purchased and relocated to Portland to become the Mariners. His father, Brad, played in the NHL for Winnipeg, Los Angeles, and Philadelphia. Jones is from Rochester, MI.

“He’s going to add some veteran leadership to the defensive core” Armstrong said about Jones. “He’ll bring some toughness and he can play both styles of the game whether the other team needs some push back if it’s an offensive skilled game. It allows him to do both with his game.”

Garrett Cecere (5’8, 165) is a blue-liner from West Des Moines, IA who split his college career between Colorado College and Northeastern University. He contributed nine assists during his Senior campaign at Northeastern this past season. In juniors, Cecere played for three different USHL teams (Dubuque, Tri City, and Sioux Falls) as well as the Janesville Jets of the NAHL.

“I watched Garrett play at the end of last season – he is an entertaining player to watch,” said Armstrong. “Garrett understands the big picture in his development process. We are very excited to have him.” 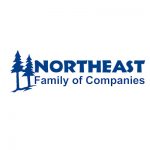 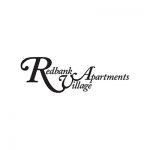 MARINERS FIND THEIR HOME IN REDBANK VILLAGE
Scroll to top