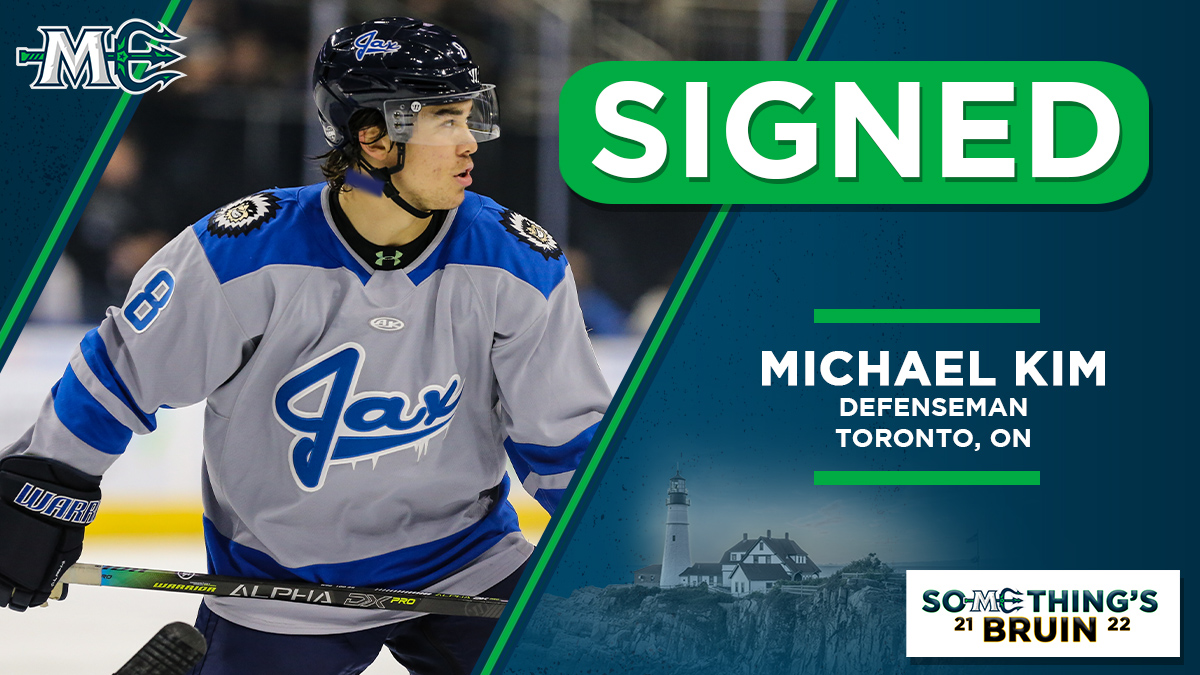 PORTLAND, ME – October 8, 2021 – The Mariners have agreed to a contract with defenseman Michael Kim, the team announced on Friday. Kim enters his third full season in pro hockey, playing last season for the Jacksonville Icemen.

A native of Toronto, ON, Kim has New England connections already. From 2011 to 2014, he played prep hockey at Phillips Andover Academy in Andover, MA. He would remain in Massachusetts for five more seasons, playing for the Boston Jr. Bruins (USPHL Premier) and then at Boston College.

While at Boston College, Kim led all Eagles defensemen in scoring as a junior and a senior. He was also the team captain during the 2017-18 campaign. Over four collegiate seasons, Kim scored 14 goals and added 48 assists in 140 games. While at B.C., he played alongside former Mariners defenseman Scott Savage.

Kim’s first professional contract came with the American Hockey League’s Wilkes-Barre Scranton Penguins in 2019. After playing two games for the Pens at the end of the 2018-19 season, he skated in 21 games the following year. That season, he also got his first taste of the ECHL, playing 20 games with the Wheeling Nailers. He scored his first pro goal with the Nailers, adding eight assists. In 23 career games with Wilkes-Barre Scranton, Kim had 3 assists.

With the pandemic cancelling the seasons of many teams in 2020-21, Kim signed with the Jacksonville Icemen. He suited up in 70 of their 72 regular season games and had a very productive season, scoring three goals and adding 19 assists.

The Mariners will reveal their full training camp roster on Monday, as camp gets underway.