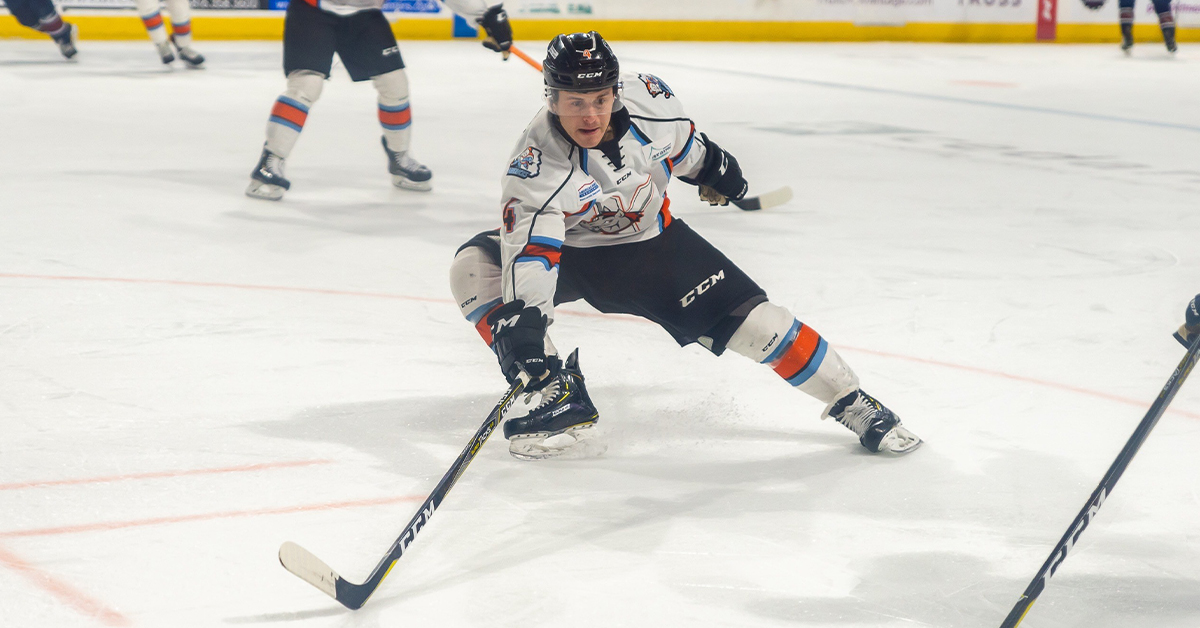 PORTLAND, ME – August 5, 2019 – The Maine Mariners announced a trade on Monday, acquiring the rights to defenseman Jordan Klimek from the Kansas City Mavericks in exchange for defensemen Derek Pratt and Garrett Cecere.

Klimek, who will turn 24 on Aug. 18th, is a native of Langley, British Columbia. As a second year player for the Valley West Hawks of the BC Hockey Major Midget League, Klimek led the league in points by a defenseman in the 2011-12 season. He registered 42 points (8 goals, 34 assists) in 40 games. The following season in the BCHL, Klimek won a championship as a part of the Surrey Eagles, scoring six goals and adding 17 assists in 52 regular season games, plus six assists in 17 playoff contests. Klimek then brought his game to the United States Hockey League and the Dubuque Fighting Saints for the 2013-14 season. For Dubuque, he scored two goals with 14 assists in 54 games. He committed to NCAA Division I Northern Michigan University.

Although he scored just one goal over his first three seasons at Northern Michigan, Klimek racked up 25 assists in that span. He was on the WCHA All-Academic Team in his sophomore campaign of 2015-16. In his senior season of 2017-18, Klimek put up career highs in goals, assists, and points with 3 goals and 15 helpers in 43 games. He also served as an alternate captain. Last August, he signed his first professional contract with Kansas City.

This past season, Klimek (5’11, 185 lbs) appeared in 66 of Kansas City’s 72 regular season games, leading the team in +/- rating at +14, and scoring six goals, while adding 12 assists. He registered his first professional point with a goal on October 27th, 2018 against Indy. Klimek also racked up 43 penalty minutes for the Mavericks, including a pair of fighting majors. In six playoff games, he registered one assist. The Mavericks were eliminated in the first round by the Tulsa Oilers.

On July 1st, Klimek was one of eight players issued a qualifying offer by the Mavericks. His rights are now transferred to the Mariners, who will still need to sign him to a contract to add him to the roster. The Mariners blue line is already quite crowded with Josh Couturier, Rich Boyd, Gabriel Sylvestre, and Marc-Olivier Crevier-Morin all under contract. The Mariners also hold the ECHL rights to Scott Savage, Johnny Coughlin and now, Klimek.

Defensemen Derek Pratt and Garrett Cecere were dealt to Kansas City in the trade. Both players were rookies last season for the Mariners and signed contracts earlier in the offseason.

The second season of Maine Mariners ECHL hockey kicks off October 11th at home when the Adirondack Thunder visit the Cross Insurance Arena for a 7:15 PM faceoff. Full and half season plans along with 12-game mini plans, flex plans, and group tickets are on sale now by calling 833-GO-MAINE or visiting the Mariners front office at 94 Free St. in Portland. Single game tickets will go on sale September 16th.