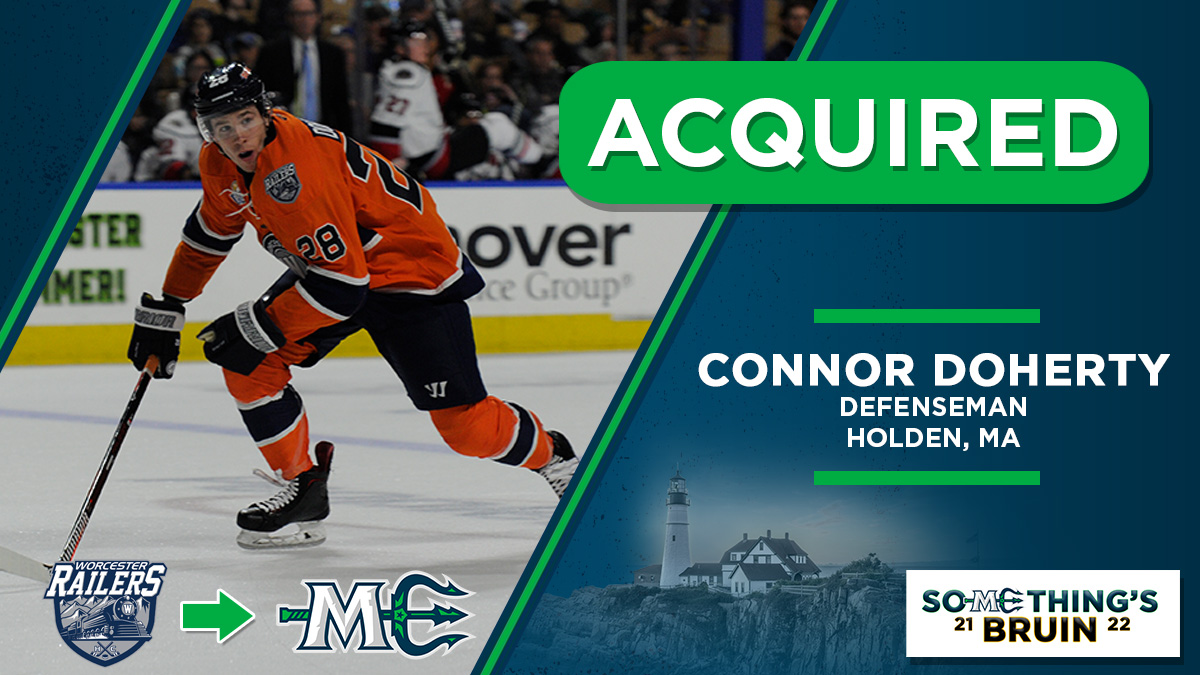 PORTLAND, ME – July 22, 2021 – The Maine Mariners have acquired defenseman Connor Doherty from the Worcester Railers, the team announced on Thursday, in exchange for future considerations.

Doherty, 28, has spent his entire four year professional career in the ECHL. His rookie season came in 2017-18, Worcester’s first in the league. He scored one goal and added four assists in 40 games, also registering 49 penalty minutes. His role increased over the next two seasons, playing in 52 games for the Railers in 2018-19 and 51 in 2019-20. The 2019-20 season was the best of his career offensively, with 11 points – all assists. After the North Division opted out of the 2020-21 season, Doherty signed with the Kansas City Mavericks. In 40 games, he had one goal, three assists, and 42 penalty minutes. He was a +11.

A native of Holden, Massachusetts, Doherty played in the Boston Jr. Bruins program for five years, making his way up to the USPHL Premier level, winning a championship in 2014. He went on to attend Sacred Heart University (Fairfield, Connecticut), where he played three seasons, serving as Alternate Captain in his final year of 2016-17.

Doherty has a reputation for being a force in the community as well. In 2019-20, he was awarded the ECHL Community Service Award. With the Railers, he was involved in the “Skate to Success” program, the Friendly House of Worcester’s annual Thanksgiving Food Drive, and the Adopt-a-Student golf tournament. Read more about his Doherty’s efforts here.