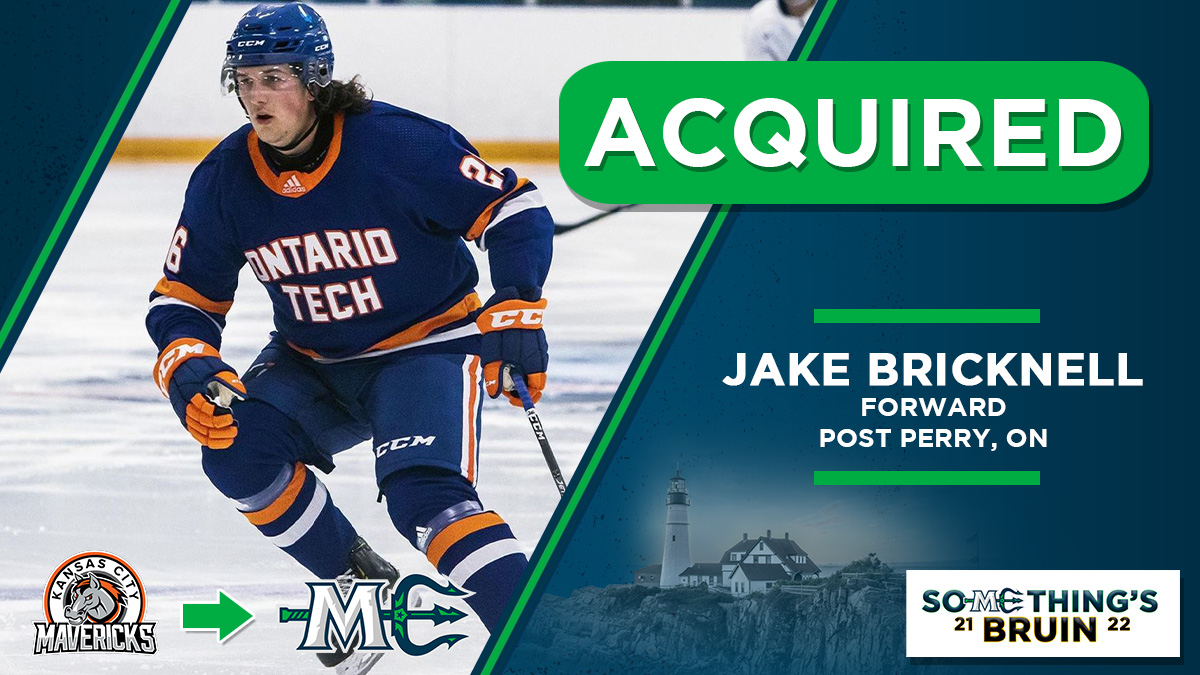 PORTLAND, ME – December 2, 2021 – The Mariners acquired forward Jake Bricknell from the Kansas City Mavericks on Thursday, completing a trade from September 30th that sent forward Mikael Robidoux to the Mavericks.

Bricknell, 24 years old, is in his rookie year and has skated in eight games for Kansas City this season, with one goal and two assists. The native of Post Perry, ON spent his prior two seasons playing USports (Canadian college hockey) for the University of Ontario Institute of Technology.

In his junior hockey days, Bricknell played three-and-a-half seasons in the Ontario Hockey League with the Belleville Bulls (2013-15), Hamilton Bulldogs (2015-16), and Guelph Storm (2016-17). He spent his final season and a half in the Ontario Junior Hockey League (OJHL) with the Cobourg Cougars and Aurora Tigers. During his final junior season, he was the Captain with Aurora, and posted 99 points (35 goals, 64 assists) in 53 games, finishing second in the OJHL in scoring.

Robidoux has played in five games for the Mavericks and has registered no points and 48 penalty minutes.

The Mariners, proud ECHL affiliates of the Boston Bruins, have a pair of home games this weekend against the Adirondack Thunder. Saturday night is the annual Teddy Bear Toss game, with all donations benefiting Marine Toys for Tots and the Holden Police Department. It’s also “Elf” night with Elf inspired specialty jerseys and Santa Con – fans encouraged to dress as Santa Claus. Finally, there is a winter beanie giveaway to the first 1,000 fans, presented by Martin’s Point Healthcare. Game time is 6:00 PM.

The Mariners and Thunder then meet again on Sunday afternoon at 3:00 PM for “Beacon’s Half-Birthday.” The first 1,000 fans will receive a Beacon “shirsey,” courtesy of Unifirst. Individual tickets for all games can be purchased online at MarinersOfMaine.com/tickets or by visiting the Trusted Choice Box Office inside the Cross Insurance Arena. Family four packs are available for both games at MarinersOfMaine.com/shop. 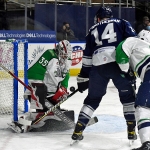 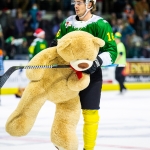 SANTOS GETS TEDDY BEAR GOAL, BUT MARINERS FALL TO THUNDER
Scroll to top