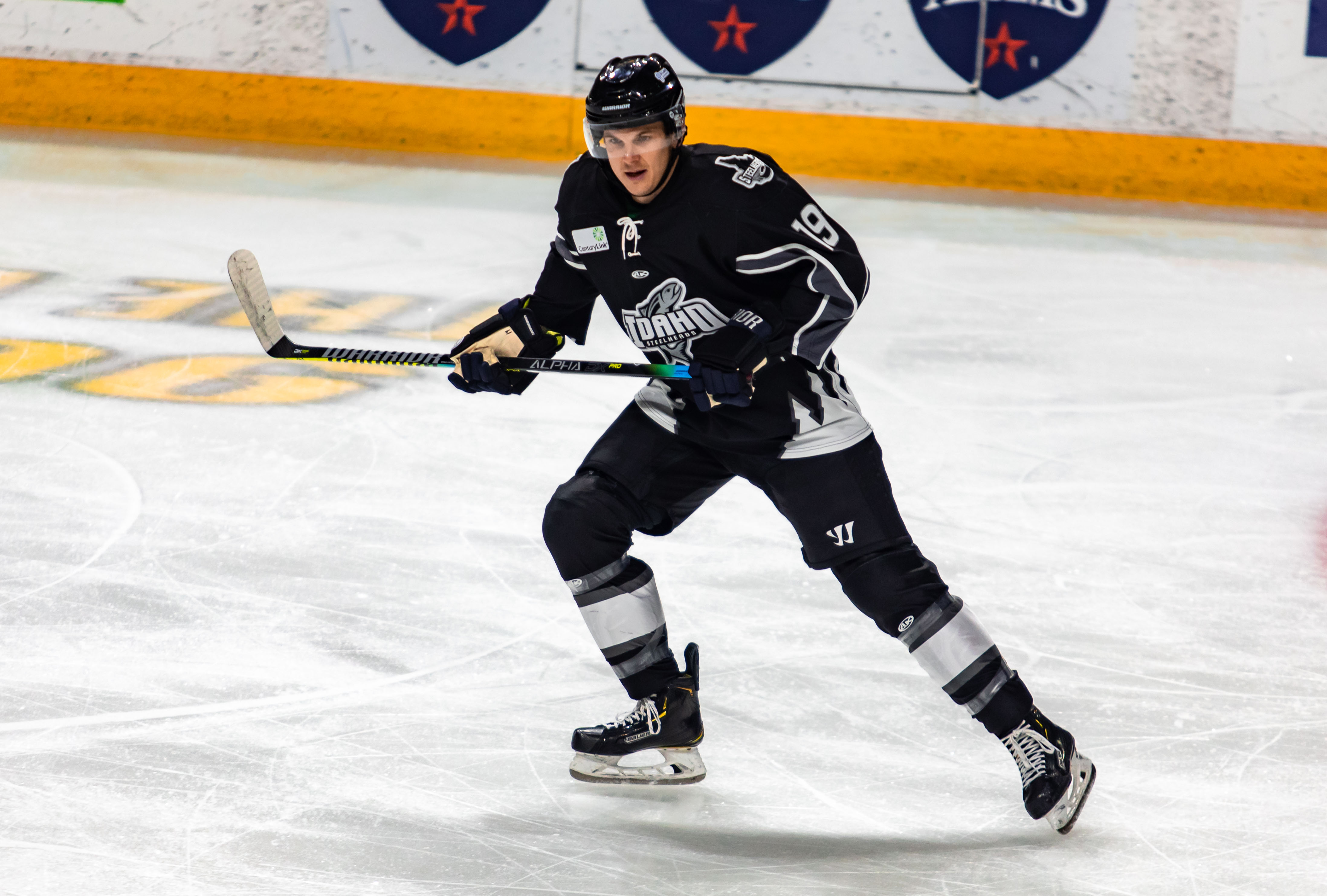 PORTLAND, ME – January 14, 2020 – As part of a three team trade, the Mariners have acquired forward Conner Bleackley from the Idaho Steelheads. Forward Taylor Cammarata has been dealt to the Orlando Solar Bears in the deal. Bleackley has been twice drafted, and has played over 130 games in the AHL.

A 23-year-old from High River, Alberta, Canada, Bleackley played parts of five seasons for the Western Hockey League’s Red Deer Rebels from 2012-2016. He was a captain for his final three, and led the team in scoring during the 2013-14 campaign, scoring 29 goals with 39 assists in 71 games. The following summer, he was drafted 23rd overall by the Colorado Avalanche. Bleackley was eventually traded to Arizona, but remained in the WHL, and re-entered the draft where he was selected by the St. Louis Blues in 2016, round five.

The 6’0, 195 point forward spent the last three seasons in the Blues organization, initially with the AHL’s Chicago Wolves in 2016-17 and part of 2017-18, and then mostly with the San Antonio Rampage last season, where he put up 16 points in 57 games. In 132 career AHL games, Bleackley has 11 goals and 22 assists, including two goals and three assists in ten games on loan to the Texas Stars this season.

Bleackley signed with Idaho just before the season began, and has posted four goals and nine assists in 18 games for the Steelheads. He’s also seen ECHL time with the Missouri Mavericks in 2016-17 and Tulsa Oilers in 2017-18. He’s just under a point per game in his ECHL career with 68 points in 72 games.

Taylor Cammarata will join his fourth ECHL team, moving to the Orlando Solar Bears in the deal. The 24-year-old forward had 16 goals and 28 assists in 44 games as a Mariner in the second half of last season and the first half of 2019-20. The final piece of the trade sees forward Colby McAuley go from the Solar Bears to Idaho.

The Mariners are finishing a four game home stand tonight against the Worcester Railers at 7 PM. They will then embark on a four game road trip through January 24th with stops at Adirondack and Brampton. They’ll return home on Friday, January 24th for Star Wars night, against Worcester once again. It’s a “1-2-3 Friday,” featuring $1 Aquafina, $2 Pepsi products, and $3 Bud Light Drafts through the start of the 2nd period. Star Wars characters from local fan groups will be on hand, and the first 2,000 fans in attendance will get a Mariners t-shirt courtesy of Unifirst. Groups of 10 or more can get discounted tickets to all games by calling 833-GO-MAINE. Individual tickets can be purchased at MarinersOfMaine.com, at the Trusted Choice Box Office inside the Cross Insurance Arena, or by calling 207-775-3458.

MARINERS USE POWER PLAY TO RALLY PAST RAILERS
Scroll to top