Portland, ME – February 17, 2018 – The Maine Mariners, proud members of the ECHL, are excited to announce Riley Armstrong as head coach.

Armstrong, 33, comes to Portland from the Wheeling Nailers, the ECHL affiliate of the Pittsburgh Penguins, where he has been an assistant coach for the past 1 ½ seasons. The Nailers have a record of 61-50-12 during his tenure as assistant coach.

“We are incredibly excited to welcome Riley to Maine. Throughout the interview process, Riley impressed us with his hockey IQ as well as his understanding of prospect development. He will be a leader in the locker room and in the community,” said Danny Briere, Maine Mariners VP of Hockey Operations.

Riley will work with Briere to sign players and other hockey staff members leading up to the Mariners’ first season starting in October. Armstrong will be able to leverage the innumerable connections made during a wide-ranging career playing under several highly-respected coaches in the hockey world, including former NHL head coaches Curt Fraser (Atlanta Thrashers) and Jim Playfair (Calgary Flames), as well as Larry Courville, who led Reading to the 2013 Kelly Cup championship. Armstrong is the younger brother of NHL veteran and NHL Network analyst Colby Armstrong.

“This is a great opportunity for me to continue my journey in this incredible game. I am thankful to Paul Holmgren and Danny Briere for believing in me to be the head coach of the Mariners. There aren’t many people that have the chance to build a team from scratch and I can’t wait to see the final product on the ice in October,” said Armstrong.

Armstrong will be coming to Maine with his wife Amber, daughter Peyton and son Ezra.

The Mariners start play in October 2018 as members of the ECHL. The ECHL is the premier AA hockey league in the United States. Season tickets for the Mariners inaugural season are on sale now by visiting www.marinersofmaine.com. 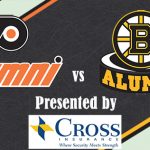 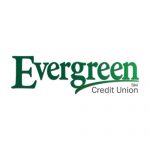