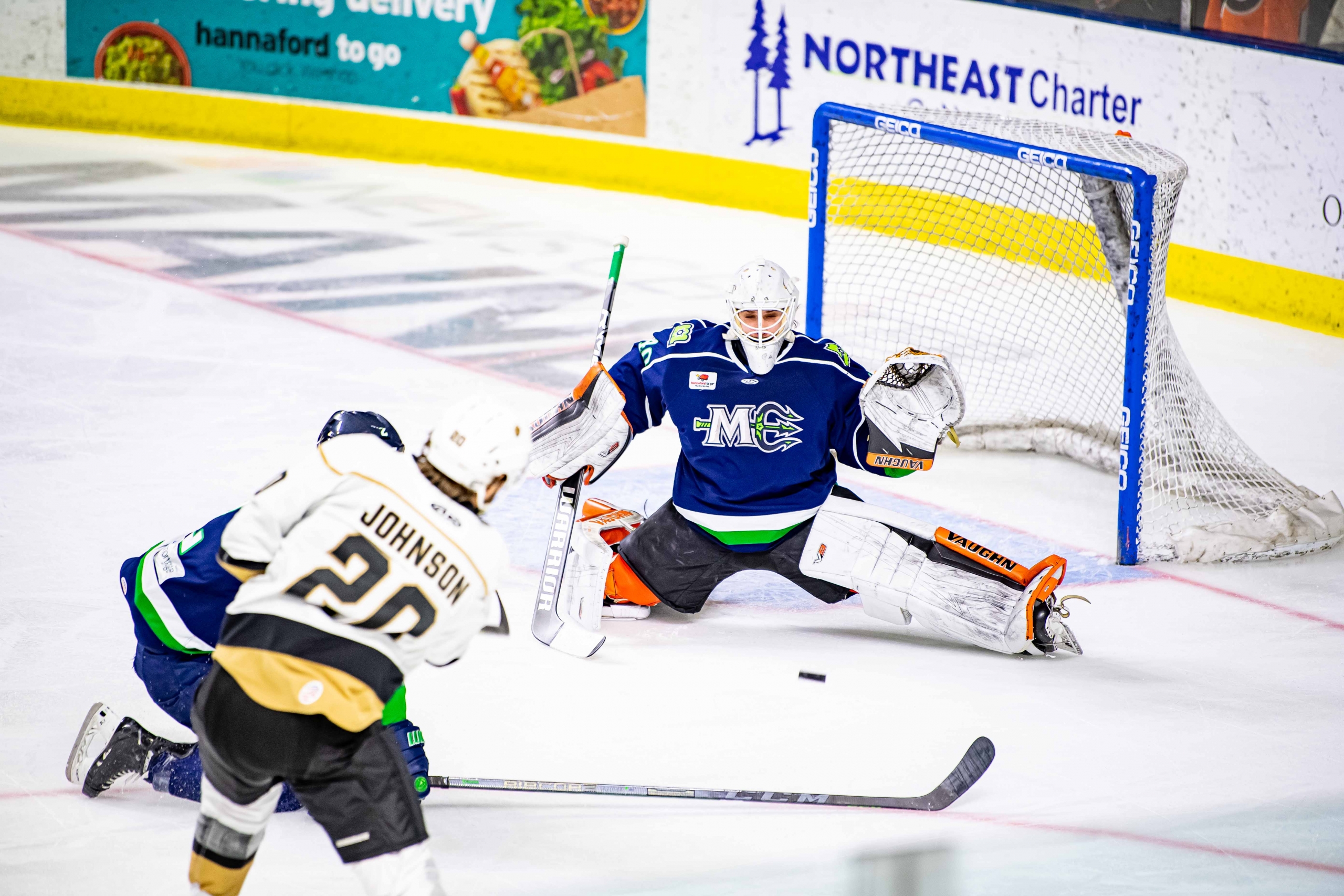 PORTLAND, ME – May 6, 2022 – Mariners goaltender Stefanos Lekkas has joined the American Hockey League’s Chicago Wolves for the Calder Cup Playoffs. Acquired by the Mariners in March, Lekkas was a big part of the Mariners run to their first ever postseason appearance this spring.

Lekkas, 26, is a native of Chicago. He was acquired by the Mariners from the Wheeling Nailers in a future considerations trade in early March. Lekkas won his first two starts as a Mariner in a crucial series at Worcester on March 5th and 6th. Although Callum Booth and Jeremy Brodeur returned to the active roster soon after, Lekkas was called upon again in April and picked up several key wins down the stretch. On April 1st and 3rd against the Adirondack Thunder, Lekkas posted back-to-back shutouts and was named the ECHL Goaltender of the Week. Then, on the final weekend of the regular season, he defeated the Newfoundland Growlers twice to help the Mariners clinch their first playoff appearance in team history.

Overall, in 14 games with the Mariners, Lekkas posted a record of 7-4-0 with a 2.55 GAA and a .920 SV%, plus the two shutouts. Lekkas also played for Fort Wayne, Orlando, and Wheeling this season. He has prior AHL experience in the 2020-21 season with the Rochester Americans. Lekkas played his college hockey at the University of Vermont from 2016-2020 where he set records for both the program and Hockey East.

The Chicago Wolves have a first-round bye in the Calder Cup Playoffs and are awaiting the winner of the Rockford IceHogs and Texas Stars series. Chicago will host Game 1 on Saturday, May 14th. With injuries to their top two goaltenders, the Carolina Hurricanes (Chicago’s NHL affiliate), were forced to use their third string goaltender, Pyotyr Kochetkov in Games 1 and 2 of their playoff series against the Boston Bruins. Kochetkov had been Chicago’s number one netminder.

The Mariners 2022-23 schedule was announced on Thursday, and is presented by Hannaford To Go. The season begins on Friday, October 21st at Trois-Rivieres, with the home opener on Saturday, October 22nd also against the Lions. Full and half season packages plus 12-game mini plans for the 2022-23 season are on sale now by calling 833-GO-MAINE or visiting the Mariners front office at 94 Free St. in Portland. Prospective package holders can also put down a deposit or fill out an inquiry form at MarinersOfMaine.com. Single game tickets will go on sale in September. 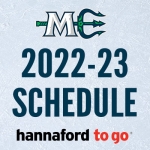