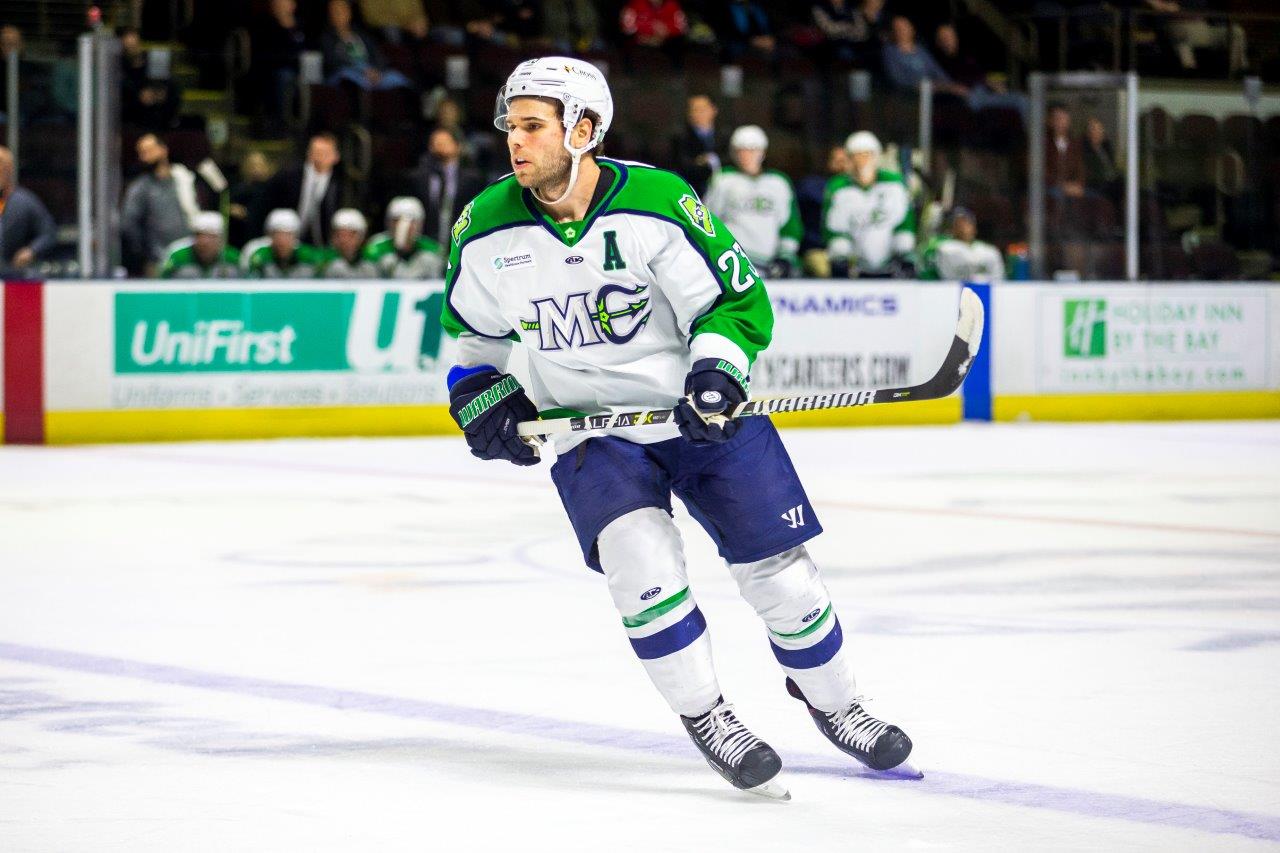 PORTLAND, ME – August 24, 2020 – The Mariners brought back another major piece of their core on Monday, announcing the re-signing of forward Alex Kile, who led the team in scoring in 2019-20. It will be the third season as a Mariner for Kile, who was the first player ever to sign a contract for the franchise two years ago.

“I’m really looking forward to being back in Portland,” said Kile. “I feel like it’s a top destination in the ECHL. I also believe this will be our best season yet with the players we have returning and the talent we have coming in.”

In June of 2018, Kile signed a free agent deal with the Mariners, becoming the first signed player in franchise history. He scored the game-winning goal in the team’s first ever victory on October 21st, 2018 against Newfoundland. However, Kile played in just 22 games for the Mariners in the inaugural season, seeing AHL time split between three teams: Utica, Hartford, and Laval. The majority was with Laval – 25 games after a loan just before the calendar turned to 2019. Kile never returned to the Mariners that season, and finished the ECHL portion of 2018-19 with 13 goals and seven assists.

After re-signing with the Mariners in the summer of 2019, Kile spent all of last season in Maine. In 57 games, he posted a team leading 51 points. Kile was also the team leader in assists (35), and scored three overtime game-winners, all on home ice: November 11th vs. Reading, November 26th vs. Worcester, and February 11th vs. Brampton. He had the best +/- rating among all Mariners forwards, at +9. 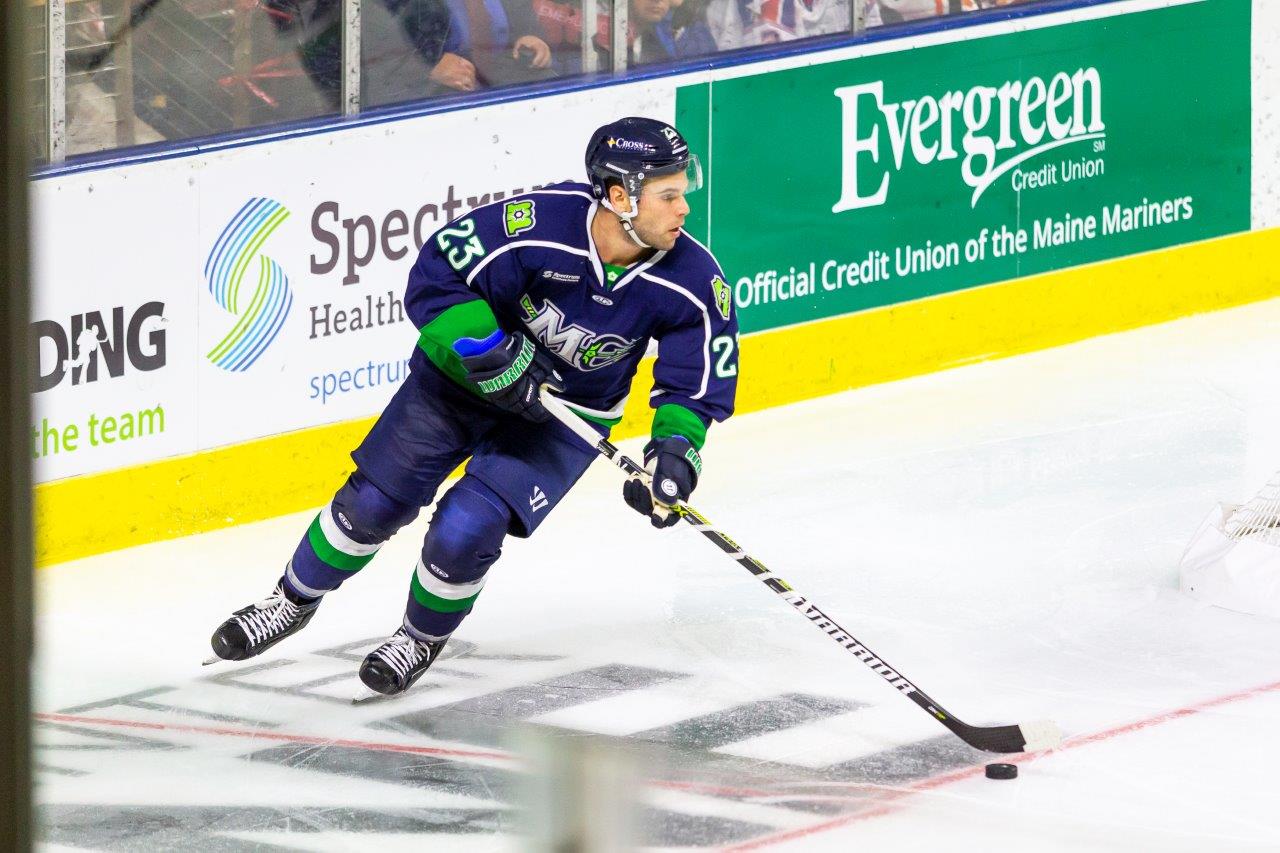 A native of Troy, Michigan, Kile played his college hockey in his home state for the University of Michigan from 2013-17. He was captain in his senior year, and turned pro in the spring of 2017, debuting in the AHL with the Rochester Americans. He spent the majority of 2017-18 in the ECHL with the Cincinnati Cyclones, before joining the Mariners the following season.

“I think last year he kind of established himself as an offensive threat,” said Riley Armstrong, Mariners Head Coach and Assistant General Manager. “Just being in one spot, he really was able to establish himself as that point producer. I think heading into this year now I think he’s going to have more chances with the American [Hockey] League calling again, it’s just going to be up to him what the number one fit is for Alex Kile.”

With 71 career points as a Mariner, Kile ranks third in franchise history, behind Michael McNicholas and Terrence Wallin. He also ranks third in assists (42), and is tied for second with seven game-winning goals. Between the Mariners and Cincinnati, Kile has played in 125 career ECHL games with an additional 51 in the AHL.