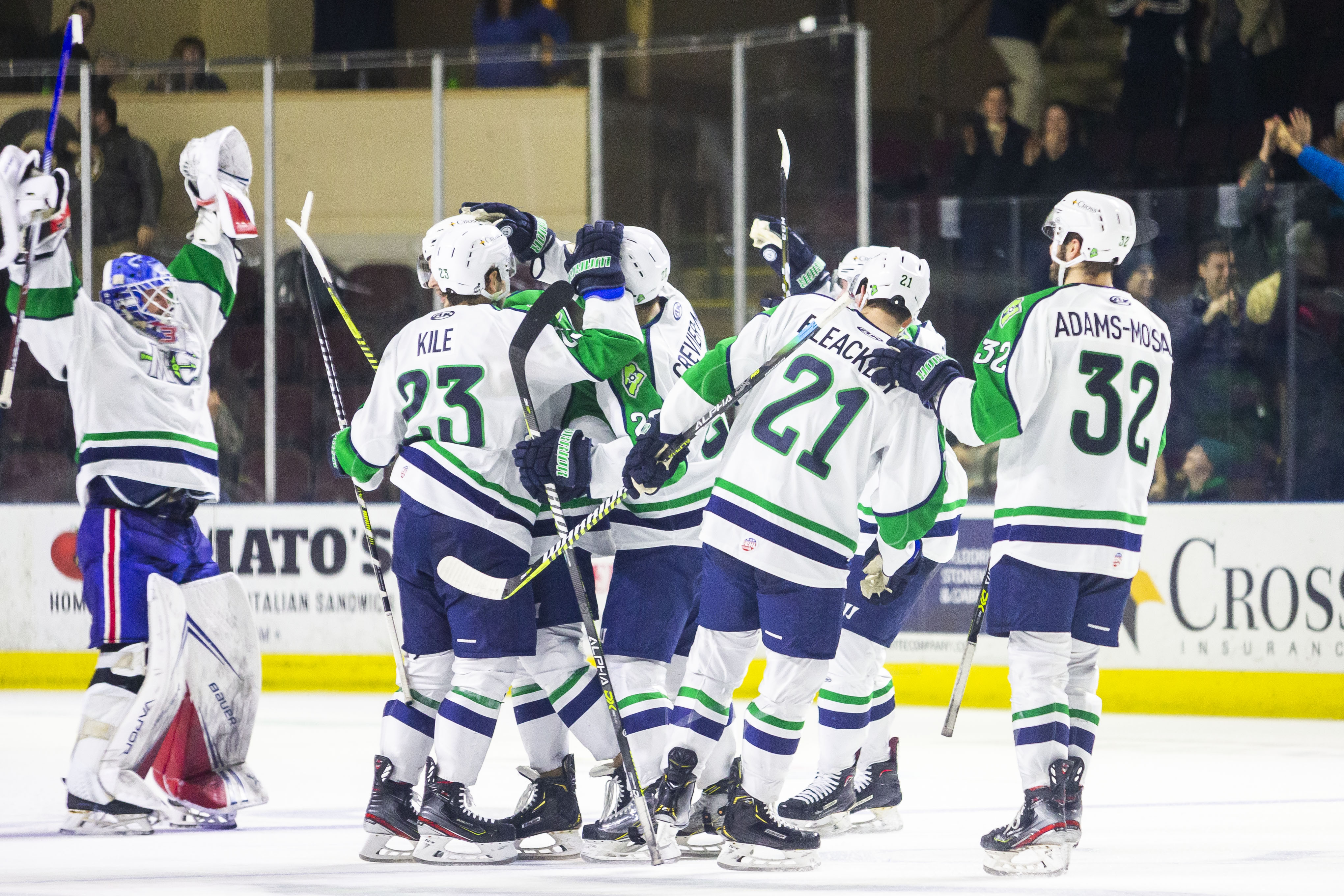 PORTLAND, ME – February 11, 2020 – The season series finale between the Maine Mariners and Brampton Beast appeared to be destined for a shootout, until Alex Kile pulled off another act of overtime heroism with under a minute to go, delivering a 3-2 win on Tuesday night at the Cross Insurance Arena. With the game tied at two, Kile converted a breakaway pass from Sean Day at the 6:01 mark of OT, his third overtime winner of the season.

Brampton scored the first goal of the game, as they did in all three games in the series, which played on from Saturday through Tuesday at the Cross Insurance Arena. On the power play at 16:24 of the opening period, T.J. Melancon’s shot from the point went off the body of Jackson Leef and past Connor LaCouvee to put the Beast up 1-0. Just about a minute later, the Mariners were able to respond with a power play goal of their own. Terrence Wallin redirected Kile’s slap shot from the left wing circle at 17:25, making it 1-1. From there to the end of the 1st, the Mariners put on more pressure, threating to take the lead, but the period ended tied at one.

Leef struck again 3:47 into the 2nd, beating LaCouvee with a wrister from the left wing, just inside the post. The Brampton defense frustrated the Mariners for the remainder of a choppy middle frame, and the Beast carried the 2-1 lead into the third.

The Mariners found the equalizer thanks to an impressive goal from Michael McNicholas at 8:53 of the third. Lewis Zerter-Gossage, who was just reassigned to the Mariners from Hartford, worked into the slot and fed McNicholas down below the right-wing circle, almost in the corner to the left of Brampton goalie Alex Dubeau. McNicholas was able to beat Dubeau up top from a severe angle to make it a 2-2 game. The Mariners killed off back-to-back Connor Bleackley penalties in the latter half of the third to force overtime.

With just over under a minute left in OT, Sean Day collected a puck off a LaCouvee save and sprung Kile on a breakaway, just onside at the Brampton blue line. Kile beat Dubeau’s glove to end the game, giving the Mariners a 6-2 record in OT (5-1 at the Cross Insurance Arena), and an 8-2-1 overall record in extra time. LaCouvee made 27 saves to earn his 17th win while Dubeau stopped 31 in the losing effort.

The Mariners and Beast are now even at 57 points in a third place tie, trailing the second place Reading Royals by two points. Maine is 10 points up on a playoff spot.

The Mariners hit the road this weekend to start a five game trip in Newfoundland. They’ll play four at the Growlers on Friday Saturday, Tuesday, and Wednesday – all beginning at 5:30 PM ET. After a stop at Adirondack, the Mariners will be back home on Sunday, February 23rd for “Miracle Night,” celebrating the 40th anniversary of the Miracle on Ice. The Mariners will be wearing Team USA inspired jerseys, which will go up for auction starting January 12th on the Handbid App. There will also be a postgame screening of the Disney movie on the video board. Groups of 10 or more can get discounted tickets to all games by calling 833-GO-MAINE. Individual tickets can be purchased at MarinersOfMaine.com, at the Trusted Choice Box Office inside the Cross Insurance Arena, or by calling 207-775-3458. All Saturday and Sunday home games feature the Family Four Pack – four tickets, four food and drink vouchers, and four Mariners beverage koozies, starting at $80, and must be purchased in advance. 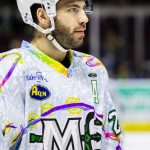 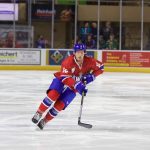