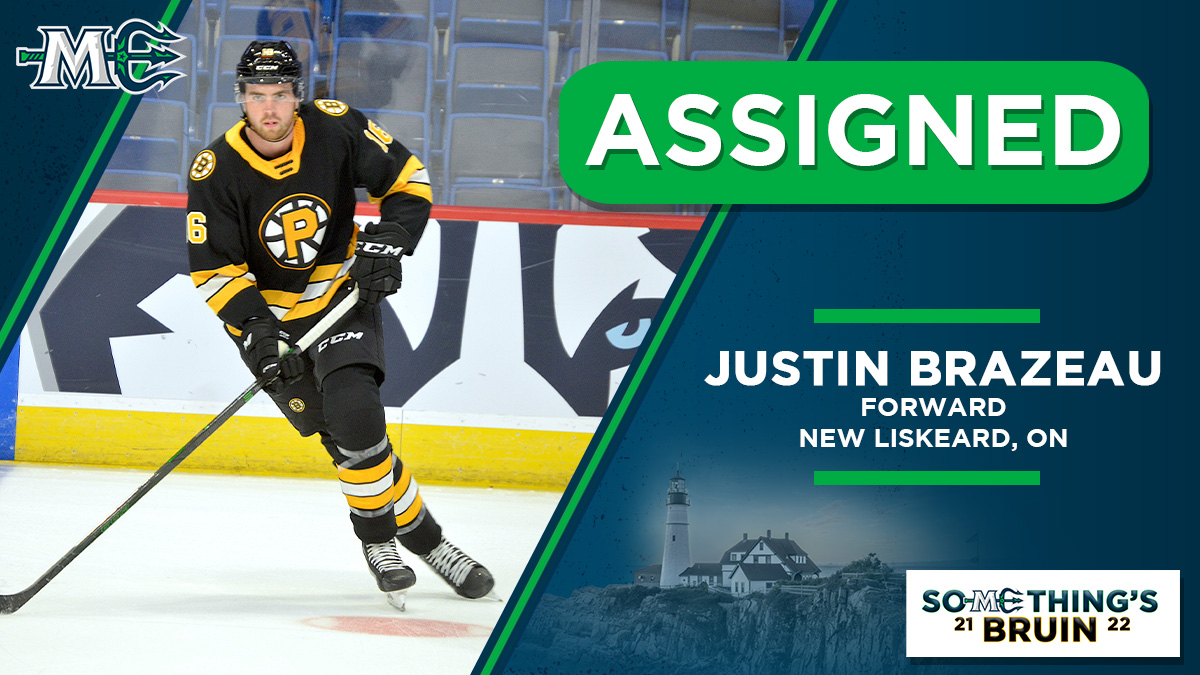 PORTLAND, ME – October 21, 2021 – Forward Justin Brazeau was assigned to the Mariners on Wednesday from the American Hockey League’s Providence Bruins. A former 100-point scorer in the Ontario Hockey League, Mariners fans may remember Brazeau from his time with the Newfoundland Growlers in 2019-20.

Brazeau, 23, hails from New Liskeard, ON and weights in at 6’6, 225 pounds. A star in the OHL, he played four seasons for the North Bay Batallion, where he increased his point total exponentially each year. In the 2018-19 season, he finished second in the league with 113 points in 68 games, including a league-best 61 goals. That season, he was also captain of the Batallion.

Brazeau also put up a 75-point campaign for North Bay the season prior.

Turning pro in 2019-20, Brazeau signed a two-year deal with the American Hockey League’s Toronto Marlies. He played just one game for the Marlies and spent the remainder of the season with their ECHL affiliates and Mariners division rival, the Newfoundland Growlers. Brazeau led the Growlers with 27 goals, and was second on the team in points, with 55 in 57 games. He was named to the ECHL All-Rookie team.

Last season, Brazeau appears in 21 games for the Marlies, scoring four goals and adding one assist. In late August, he signed with Providence.

The Mariners season opening roster is now complete, consisting of 14 forwards, 8 defensemen, and 3 goaltenders. Click here to view the roster.