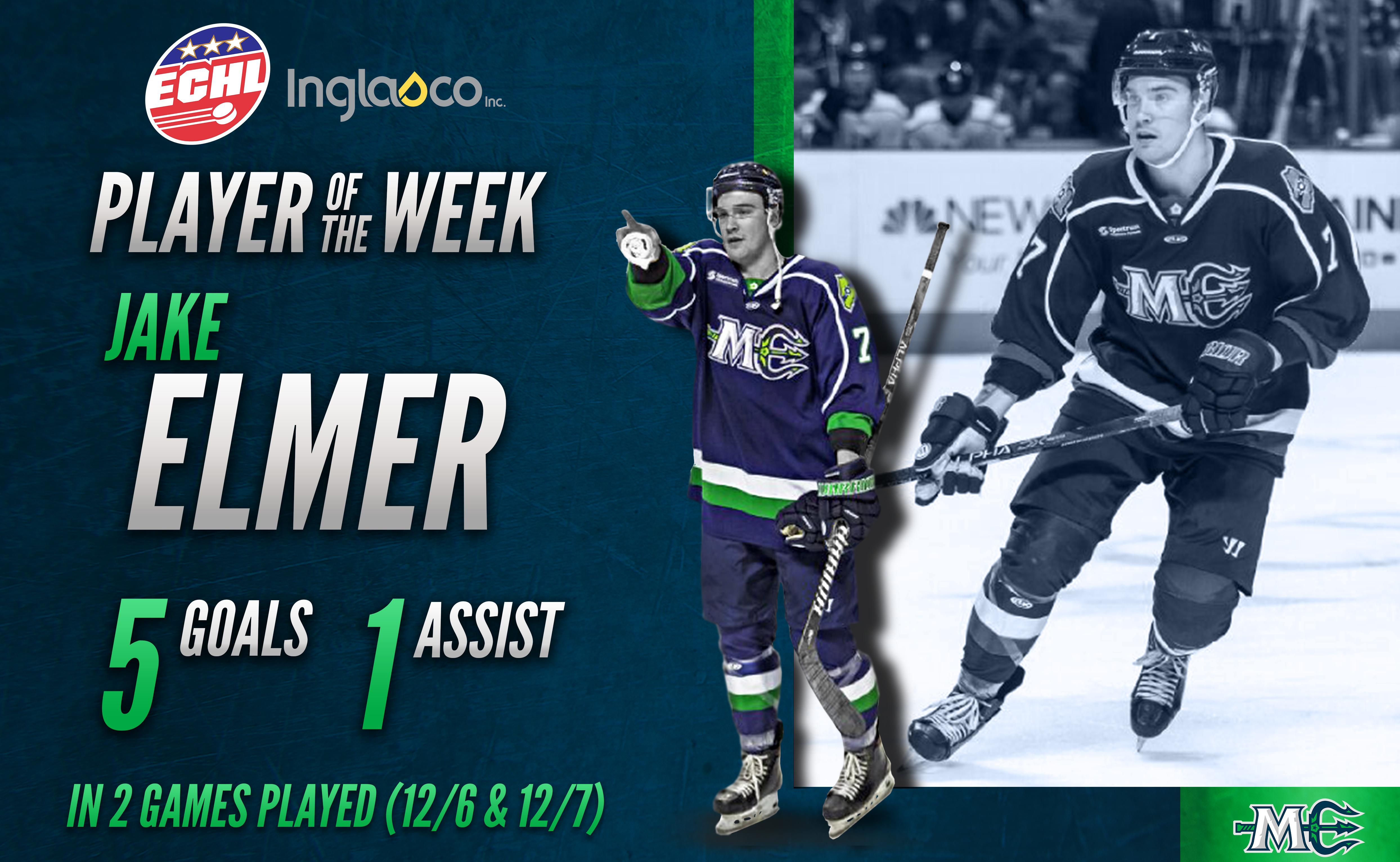 The 20-year-old recorded his second hat trick of the season, including the game-winning goal, in a 5-4 overtime win at Adirondack on Friday and added two goals and an assist in a 5-4 victory over the Thunder on Saturday at home. Elmer has done major damage against Adirondack this season, with nine of his total 10 goals and 10 of his 13 points coming against them, including two hat tricks.

Under a National Hockey League contract with the New York Rangers, Elmer is tied for fourth among ECHL rookies with 10 goals in 15 games with the Mariners. He has also appeared in one game with Hartford of the American Hockey League.

Prior to turning pro, Elmer tallied 134 points (64g-70a) in 204 career games in the Western Hockey League with Regina, Kootenay and Lethbridge.

The Mariners and Thunder will play again at the Cross Insurance Arena on Tuesday night at 7:00 PM. Santa Claus will be on the concourse taking photos at no cost. It’s the last chance to catch the Mariners on home ice before Christmas. Groups of 10 or more can get discounted tickets by calling 833-GO-MAINE. Individual tickets can be purchased at MarinersOfMaine.com, at the Trusted Choice Box Office inside the Cross Insurance Arena, or by calling 207-775-3458. Four tiers of holiday packs are also available at MarinersOfMaine.com.