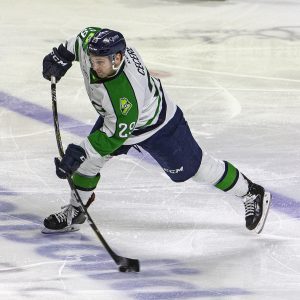 PORTLAND, ME – July 10, 2019 – The Mariners announced another re-signing on Wednesday, bringing back defenseman Garrett Cecere. One of four players to spend the entirety of the 2018-19 season in Maine, Cecere becomes the fourth Mariners defenseman to re-sign, along with Josh Couturier, Derek Pratt and Rich Boyd.

As a rookie, Cecere skated in 49 games for the Mariners in 2018-19, scoring one goal and adding six assists. The goal came in his second professional game on October 19th at home against the Reading Royals. In the same game, fellow rookie defenseman Derek Pratt also scored his first pro goal Although he was in and out of the lineup, Cecere joined Brycen Martin, Ryan Ferrill, and Dwyer Tschantz as the only four players to spend the entire 2018-19 season on the Mariners roster.

“I can’t wait to be back in Portland this season,” said Cecere. “Last season was a great stepping stone for myself and our team and I’m excited to be part of a solid core to help get the Mariners into the playoffs.”

The 24-year-old defenseman played two seasons for Northeastern University (Boston, MA), where he had 11 assists in 72 career games. In his senior season, Cecere was an alternate captain and finished third on the team in blocked shots, with 54. Prior to Northeastern, Cecere was at Colorado College, returning to junior hockey in the midst of his sophomore season.

Cecere was a part of three USHL organizations (Sioux Falls, Tri City, and Dubuque), as well as the Janesville Jets of the NAHL. He’s originally from West Des Moines, IA, and played for the storied Shattuck St. Mary’s Program in Minnesota prior to his junior career.

Cecere’s older brother Nick (also a defenseman), had a brief ECHL career, playing 12 games for the Alaska Aces (the former Mariners membership) in 2015-16. 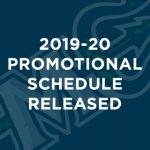 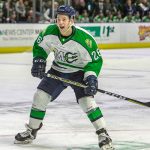