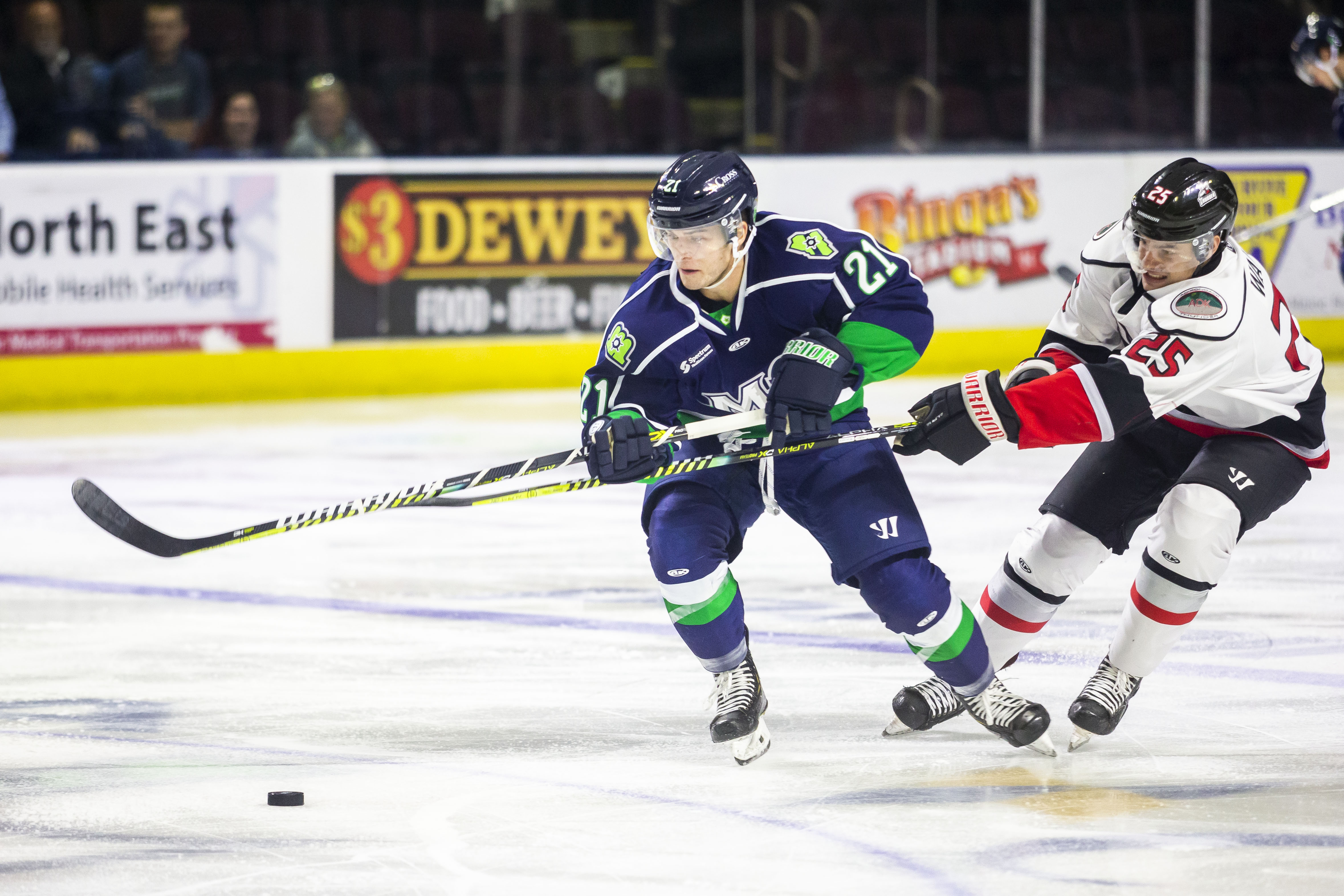 PORTLAND, ME – January 19, 2020 – The Mariners traded defenseman John Furgele to the Greenville Swamp Rabbits on Sunday in exchange for future considerations. Furgele was in his second stint with the Mariners after being traded to Atlanta last February. Greenville will become his fourth ECHL organization.

Furgele, who turned 27 last Wednesday, played most of his rookie season of 2018-19 in Maine, coming out of Quinnipiac University, after transferring from the University of New Hampshire. In 51 games for the Mariners last season, Furgele had eight goals and 13 assists. On March 7th, 2019, Furgele was traded to the Atlanta Gladiators for forward Branden Troock. In 15 games for the Gladiators to close out the season, Furgele had three assists.

He signed with the Kansas City Mavericks in the offseason, playing seven games with a goal and two assists before his release in mid-November. In 17 games for the Mariners in the time since, Furgele has three assists. Furgele is a native of Glen Mills, Pennsylvania.

The Mariners play their final game before the All-Star break this afternoon in Brampton at 2 PM. They’ll return home on Friday, January 24th for Star Wars night, against Worcester once again. It’s a “1-2-3 Friday,” featuring $1 Aquafina, $2 Pepsi products, and $3 Bud Light Drafts through the start of the 2nd period. Star Wars characters from local fan groups will be on hand, and the first 2,000 fans in attendance will get a Mariners t-shirt courtesy of Unifirst. Groups of 10 or more can get discounted tickets to all games by calling 833-GO-MAINE. Individual tickets can be purchased at MarinersOfMaine.com, at the Trusted Choice Box Office inside the Cross Insurance Arena, or by calling 207-775-3458.