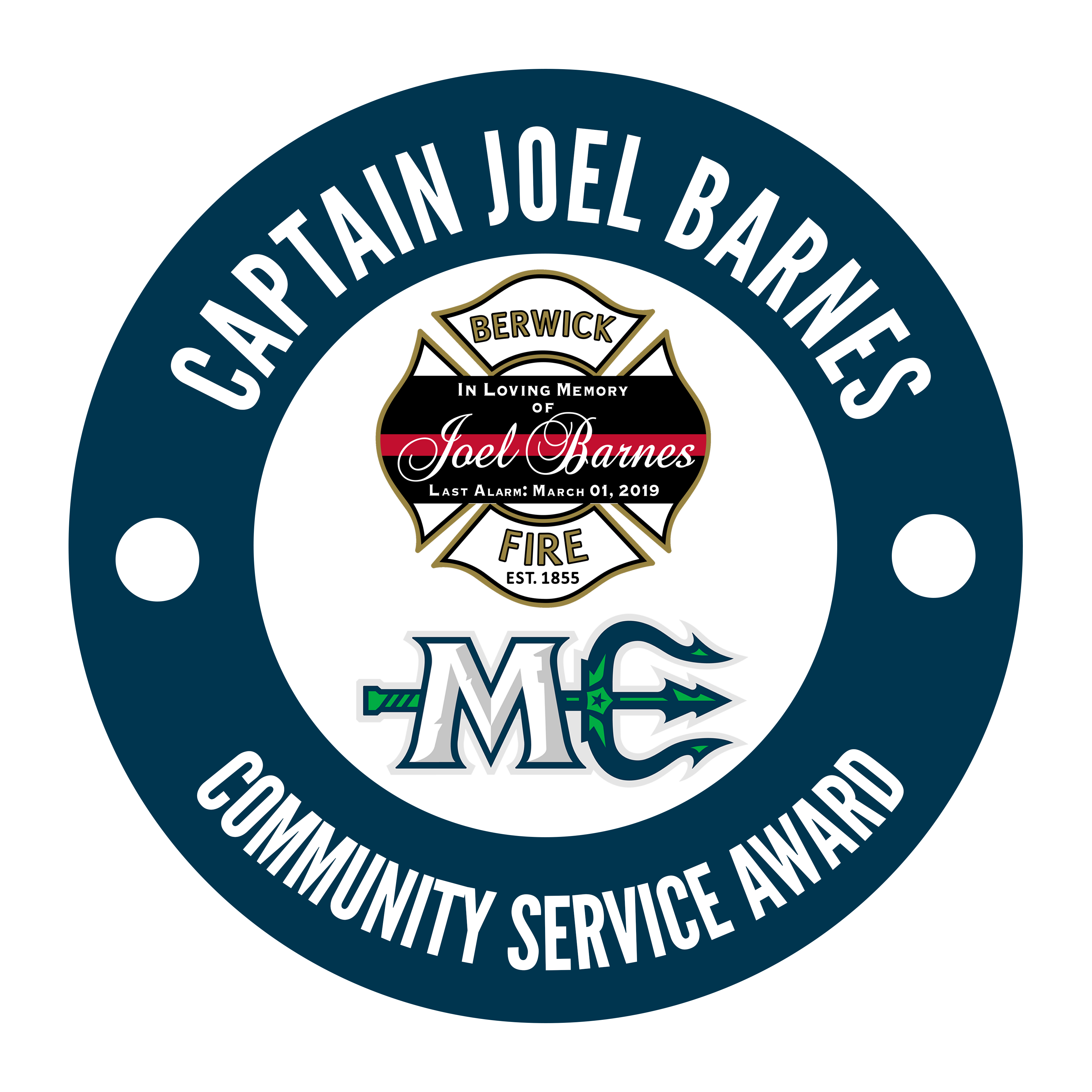 PORTLAND, ME – February 21, 2020 – The finalists have been revealed for the Captain Joel Barnes Community Service Award, which will be handed out at the Mariners game vs. the South Carolina Stingrays on March 1st: the one year anniversary of Captain Barnes’ tragic passing. The award was created in October by a partnership between the Mariners, Teamsters Local 340 and the Berwick Firefighters Association.

Captain Joel Barnes tragically passed away at the age of 32 on March 1st, 2019 from injuries sustained while saving another firefighters life, fighting a fire in Berwick. A public memorial service was held one week later at the Cross Insurance Arena, with over 7,000 attendees present. Barnes had served with the Berwick Fire Department for two years and was the Training Safety Officer for the Department.

The creation of the award was officially launched at the Mariners game on October 26th, 2019, and nominations were accepted on the Mariners website. Criteria included:

-Being a fire or EMS responder in the state of Maine
-Having at least three years of experience and be either active or recently retired (within the last three years)
-Demonstrating outstanding professionalism and service to their community, and a commitment to promoting life safety education

On January 11th, 2020, the “Battle of the Badges,” was held in Barnes’ honor at the Cross Insurance Arena prior to the Mariners game against the Adirondack Thunder, as local firefighters played a hockey tournament to raise money for the Captain Barnes Memorial Fund. Between the all-inclusive ticket fundraiser, 50/50 raffle at the Mariners game, and t-shirt sales, $2,233 were raised.

Appropriately, that the Mariners opponent on March 1st is the South Carolina Stingrays. Captain Barnes worked for three years (2013-2015) for Horry County Fire Rescue in Myrtle Beach, prior to moving back home to Maine.

The puck drops at 3 PM on Sunday March 1st at the Cross Insurance Arena. The award will be presented during the second intermission. Members of the Berwick Fire Department will present the colors and conduct the ceremonial puck drop. A moment of silence will be held in Captain Barnes’ memory.