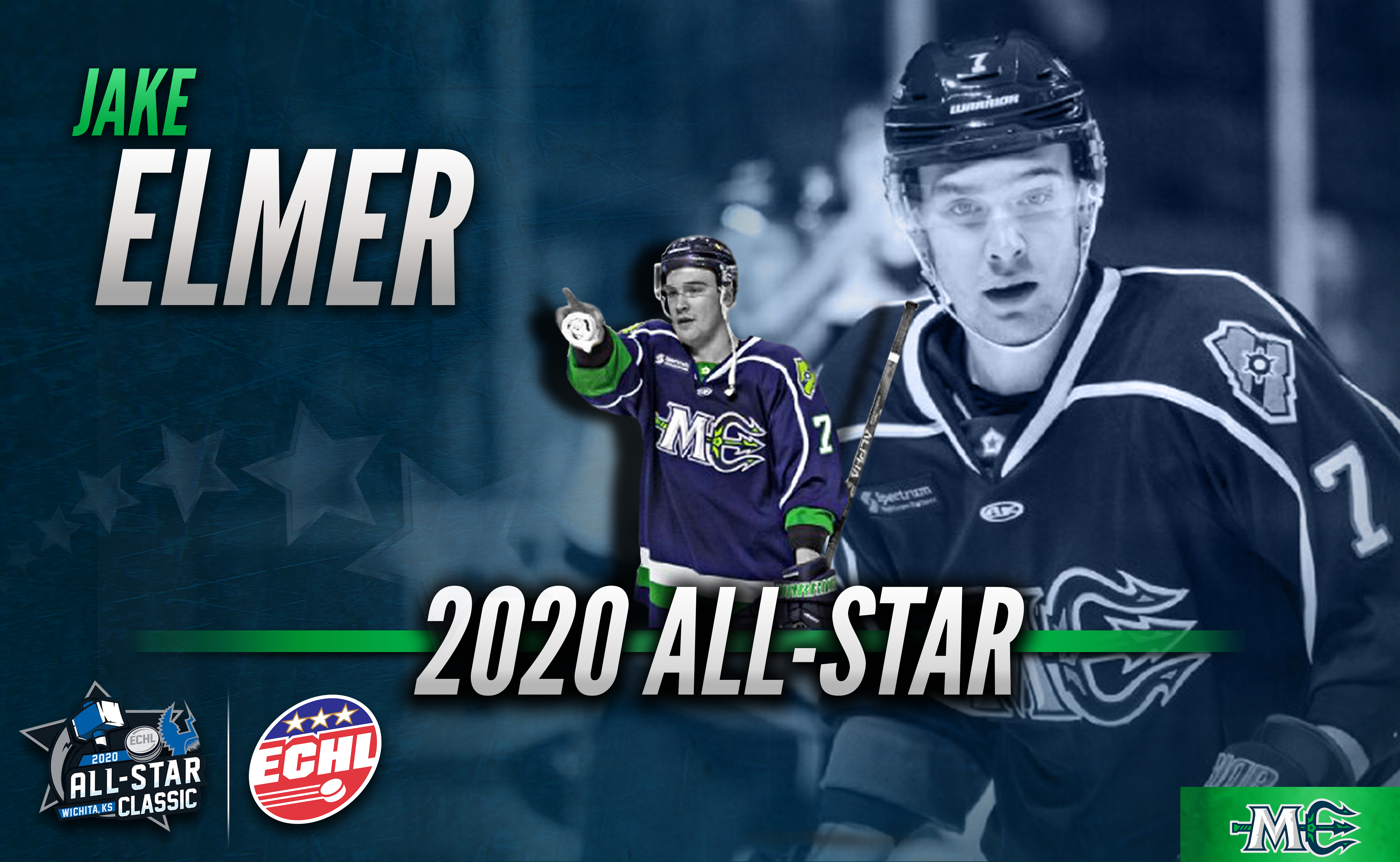 PORTLAND, ME – January 6, 2020 – The ECHL announced the rosters for the 2020 Warrior/ECHL All-Star Classic on Monday, and forward Jake Elmer will represent the Mariners for the Eastern Conference. The 2020 Warrior/ECHL All-Star Classic is presented by Toyota, to be hosted by the Wichita Thunder on Wednesday, Jan. 22 at 7 p.m. CT at INTRUST Bank Arena. The game will air LIVE exclusively on NHL Network.

Elmer is in his first season as a pro after signing a contract with the Rangers last spring out of the Western Hockey League (WHL) and the Lethbridge Hurricanes. The 21-year-old native of Calgary, Alberta leads all Mariners rookies in scoring with 10 goals and seven assists in 21 games. Elmer has registered two hat tricks this season – each against the Adirondack Thunder. His first came on November 9th at the Cross Insurance Arena and the encore performance on December 6th in Glens Falls, which included the overtime winner. Nine of Elmer’s 10 goals have come against Adirondack.

Signing with the Rangers following an 81 point campaign in Lethbridge in 2018-19, Elmer was assigned to the Hartford Wolf Pack (AHL) at the of last season where he had two goals and two assists in five games. He has also appeared in one game for Hartford this season.

Following the format established last season, the Warrior/ECHL All-Star Classic will feature a 3-on-3 tournament with four teams competing for the top spot. The host Wichita Thunder will make up two of the four teams and face-off against the other two teams made up of All-Star players from the Eastern and Western Conference. These four teams will compete in a 3-on-3 tournament with rally scoring in order to crown a winner. The 2020 Kansas Star Casino/ECHL All-Star Skills Competition will take place in between rounds of the tournament, with results counting towards the cumulative score.

There have been 68 players from the ECHL All-Star Game have gone on to play in the National Hockey League, including 52 since 2002 when the lineups began having players who coaches felt were prospects to move up to a higher level.

Other representatives from the North Division include Ralph Cuddemi of the Reading Royals, Robbie Payne of the Adirondack Thunder, Jordan Samuels-Thomas of the Worcester Railers, Joseph Duszak of the Newfoundland Growlers, and T.J. Melancon of the Brampton Beast.