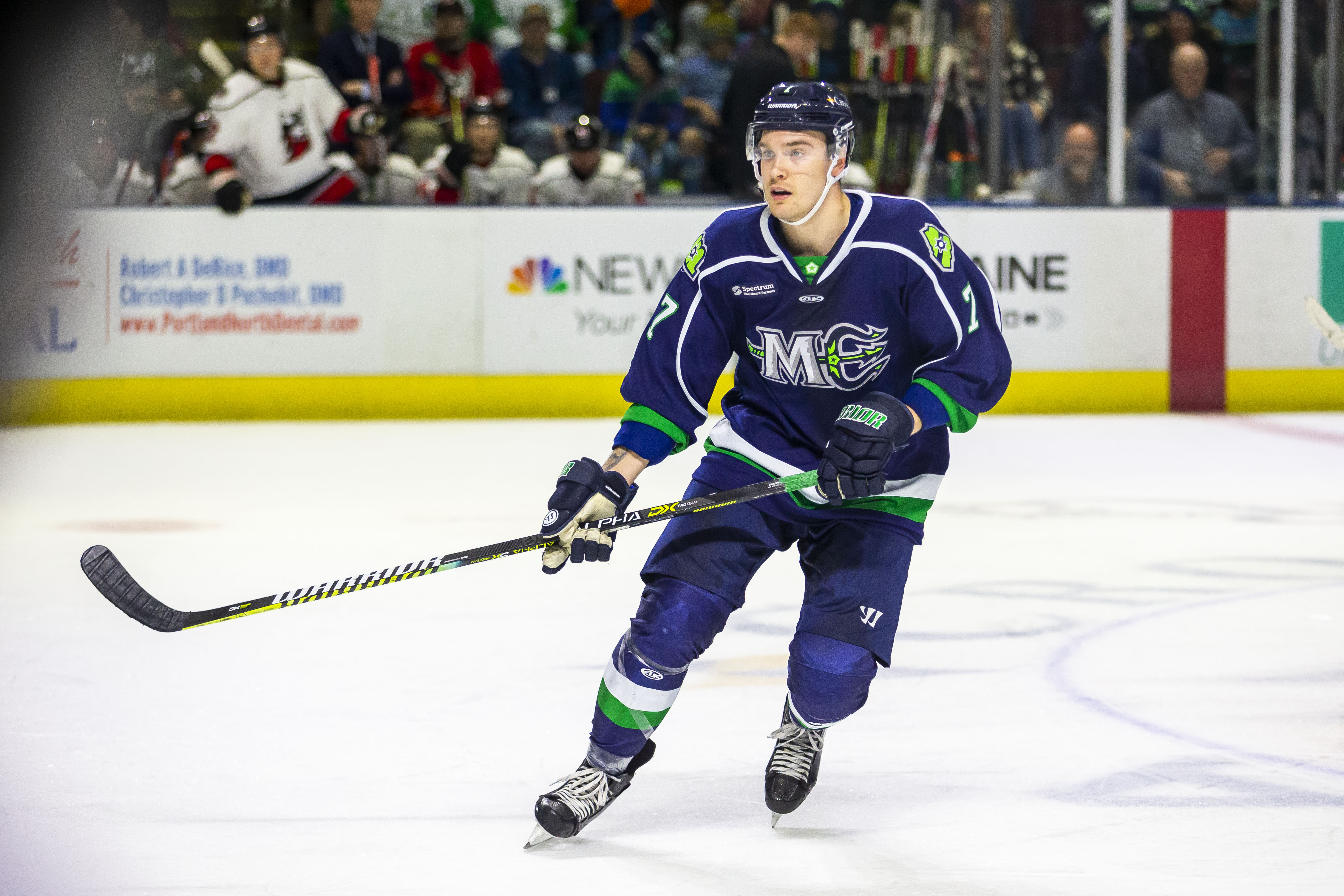 Elmer was the youngest players on the Mariners roster at just 20 years old. The Calgary, AB native signed with the Rangers in March, and skated in five games with Hartford at the end of 2018-19. He was assigned to the Mariners to begin the 2019-20 season.

Coming out of the WHL, Elmer had a huge season for the Lethbridge Hurricanes in 2018-19, putting up 81 points in 68 regular season games, followed by six points in seven playoff contests. In his give game stint with the Wolf Pack, he continued his strong season, registering two goals and two assists. Despite a slow start to his ECHL career, Elmer picked up his first goal on October 23rd at Adirondack, and after his big night on Saturday, has four goals and two assists in eight games.

The Mariners have three home games this week, beginning with, Gritty Does Portland on Monday at 7:00 PM. The famous Philadelphia Flyers mascot will make an appearance and the Military Appreciation theme will continue for Veteran’s Day, sponsored by Martin’s Point in partnership with Bath Iron Works. On Friday, November 15th, it’s Wes McCauley Appreciation Night, as the Mariners honor the South Portland NHL referee, who will sign autographs during the first intermission. Game time is 7:15 PM against the Brampton Beast. It’s also a 1-2-3 Friday with $1 Aquafina, $2 Pepsi products, and $3 Bud Lights through the start of the 2nd period. Saturday, November 16th is Hockey Fights Cancer against the Adirondack Thunder at 6:00 PM. It’s a Family Four Pack night as well and the first, 1,000 kids through the door will receive a Mariners pennant. For more information and to purchase tickets, go to MarinersOfMaine.com, call 833-GO-MAINE, or visit the Mariners front office at 94 Free St. in Portland.