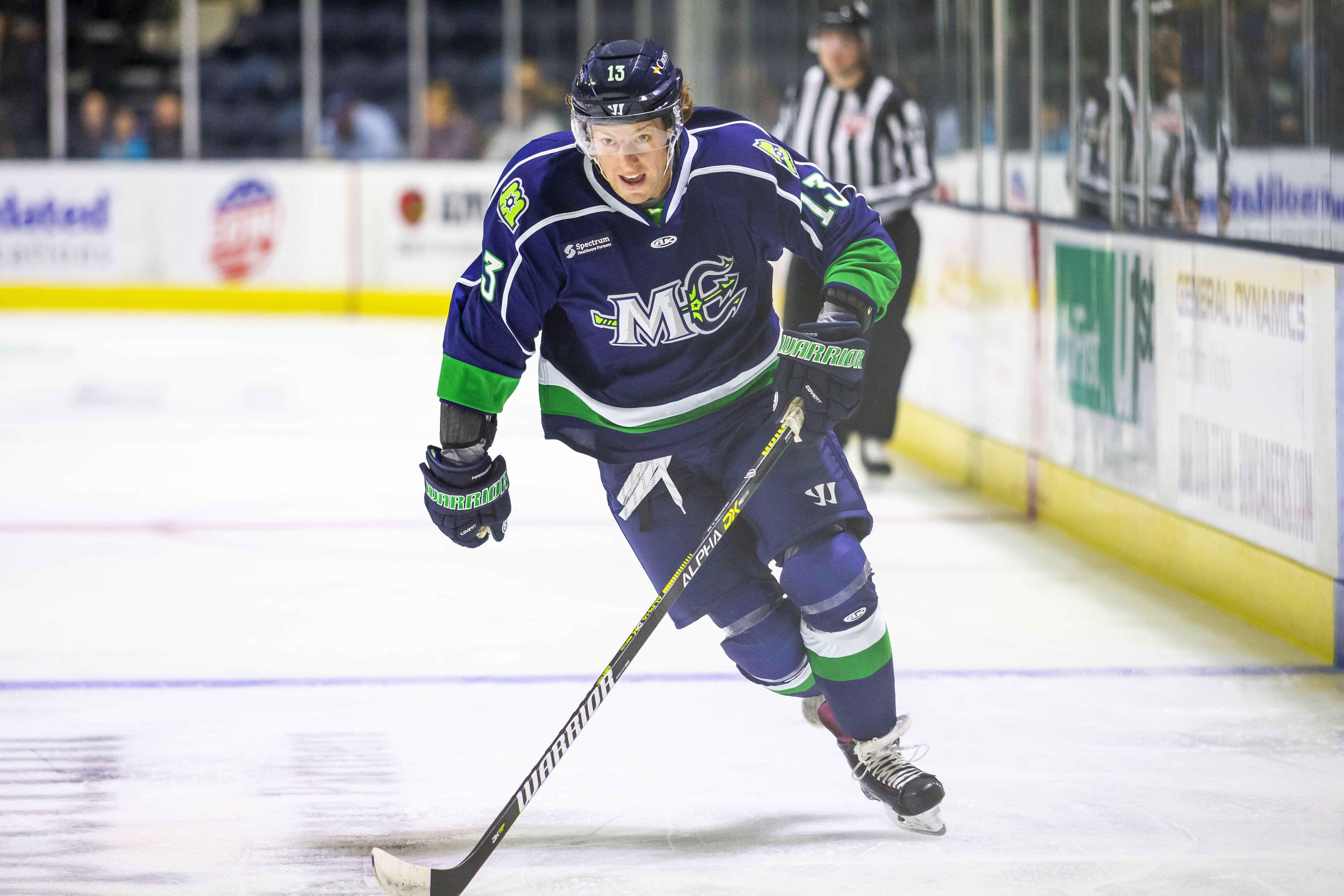 The 28-year-old Fox, who is in his fourth year of pro hockey out of SUNY-Plattsburgh (SUNYAC), has skated in 26 games this year for the Wolf Pack’s ECHL affiliate, the Maine Mariners, scoring 12 goals and adding 12 assists for 24 points.  That is good for a tie for tops on the Mariner club in goals, and the 5-11, 187-pound native of Hummelstown, PA stands second among Maine skaters in points.  He also leads the team in plus/minus, with a +6, and has registered ten penalty minutes.

Last season, Fox had 16 goals and 10 assists for 26 points, along with 14 penalty minutes, in 37 games with the Mariners, finishing third on the team in goals.  That was after starting the season with the Roanoke Rail Yard Dawgs of the Southern Professional Hockey League (SPHL) and notching seven goals and nine assists for 16 points, plus 14 penalty minutes, in 24 games.

In 73 career ECHL games with the Mariners and Reading Royals, Fox has totaled 29 goals and 24 assists for 53 points, along with 30 penalty minutes.  In 110 SPHL contests with the Rail Yard Dawgs and the Mississippi RiverKings, he amassed 46 goals and 41 assists for 87 points, plus 48 PIM.

Prior to turning pro, Fox spend four seasons at SUNY-Plattsburgh, scoring 30 goals and adding 46 assists for 76 points, while serving 32 minutes in penalties, in 96 career games.

The Mariners finish 2019 on the road tonight in Worcester at 7:05 and on New Year’s Eve at Reading at 4 PM. They return to play five of their first six games of 2020 at the Cross Insurance Arena. Friday, January 3rd against the Jacksonville Ice Men is a 1-2-3 Friday, featuring $1 Aquafina water, $2 Pepsi products, and $3 Bud Lights through the start of the 2nd period. It’s also Bath Savings night, with puck dropping at 7:15 PM. Saturday, January 4th is “Hockey Day in Maine” featuring a doubleheader that begins with the University of Maine men’s hockey team hosting the University of Nebraska-Omaha at noon. The Mariners and Jacksonville follow with a game at 6 PM. Hockey Day in Maine packages are available at MarinersOfMaine.com which include discounted tickets to both games plus special Hockey Day in Maine collectibles. It’s also “Witchcraft and Wizardry Night.” Groups of 10 or more can get discounted tickets to all games by calling 833-GO-MAINE. Individual tickets can be purchased at MarinersOfMaine.com, at the Trusted Choice Box Office inside the Cross Insurance Arena, or by calling 207-775-3458.