GLENS FALLS, NY – January 31, 2020 – In a game that featured over 80 combined penalty minutes, the Mariners converted at even strength, the power play, and the penalty kill in a 5-2 win over the Adirondack Thunder on Friday night at the Cool Insuring Arena. Sean Day led the way with two goals, as the Mariners swept a pair of road games from the Thunder this week, pulling two points ahead of them for fourth place in the North Division playoff race.

The teams traded goals in the opening frame. At 7:51, Sean Day made it 1-0, when he trailed Brandon Crawley’s rush into the offensive zone and was set up by Michael McNicholas. The first period – and game as a whole, was full of penalties, and Adirondack converted on its third chance when Colby Sissons beat LaCouvee with a shot from the blue line. The goal ended LaCouvee’s shutout streak at 125:18. Four ten minute miscounducts were handed out – including Zach Tolkinen and Sean Day, leaving the Mariners with four defenseman for the first half of the second period.

Maine quickly took the lead back when the second began, as Ryan Culkin stretched a breakaway pass to Alex Kile, who deked Thunder netminder Sean Romeo and slipped the puck five-hole. Dillan Fox made it a 3-1 game at 5:06 when he stole a puck from Matt Salhany near the Thunder blue line and walked in alone on Romeo, beating his blocker. Penalties continued to flow, and the Mariners ended up on a 5 on 3, converting on the second penalty when Day ripped home his second goal of the game at 16:56. Ara Nazarian scored at 18:13 to bring Adirondack within two at the end of the second.

Ty Ronning added insurance at 7:39 of the third, beating Romeo on a 2-on-1 with Greg Chase. The Mariners penalty kill finished the night taking care of a two man advantage in the game’s final minutes to go 8/9 in the game. LaCouvee made 36 saves to earn the win, while Romeo made 18 stops in the loss.

Of the 14 head-to-head meetings between Maine and Adirondack, the Mariners have now won 10, including six straight games at the Cool Insuring Arena.

The Mariners begin a six game homestand tomorrow night against Adirondack at 6 PM at the Cross Insurance Arena. It’s Make-A-Wish Maine night presented by Agren. The Mariners will wear jerseys designed by 11-year-old ‘Wish Kid’ Ellie Labree, who won a jersey design contest this past fall. The full set of jerseys are currently up for auction on the Handbid App, with proceeds to benefit Make-A-Wish Maine. Auctions will close at the start of the third period of Saturday’s game. The Mariners are also home Tuesday against Worcester and all three dates next weekend – February 7th, 8th, and 9th. 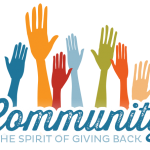