PORTLAND, ME – December 27, 2018 – Defenseman Sean Day and forward Ryan Gropp were recalled to the AHL’s Hartford Wolf Pack on Thursday. Both players are under contract with the New York Rangers and join the Wolf Pack for the second time this season.

Day, who will turn 21 on January 9th, was assigned to the Mariners on November 6th. The talented defenseman gained rare “Exceptional Player Status” from Hockey Canada in 2013, allowing him to play Juniors prior to the age of 16. In the midst of a five year OHL career, Day was drafted by the Rangers in 2016, round three and signed with them in March of 2017. He finished Juniors last season with the Kingston Frontenacs and began this year in Hartford, playing in six games with no points. In his first game with the Mariners on November 7th in Reading, Day scored two goals. In 19 games, he has four goals and 11 assists.

Ryan Gropp is a 22 year old forward who was drafted by the Rangers in 2015 (2nd round, 41st overall) and is in his 2nd year as a pro, spending all of last season in Hartford where he had 21 points (14 goals, 7 assists) in 59 games. After putting up two goals and three assists in 19 games to start ’17-18, Gropp was assigned to the Mariners on November 4th. He’s been a point-per-game player with Maine, scoring five goals and chipping in three assists in eight games. He scored twice, including the game winner with 1:04 left in the third period in the Mariners’ last game on December 22nd at Manchester. Gropp played his Junior hockey in the WHL, and put up two monster seasons in 2015-16 and 2016-17, with 70 and 84 points respectively. 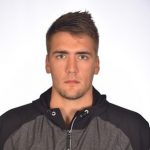 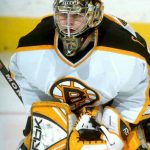