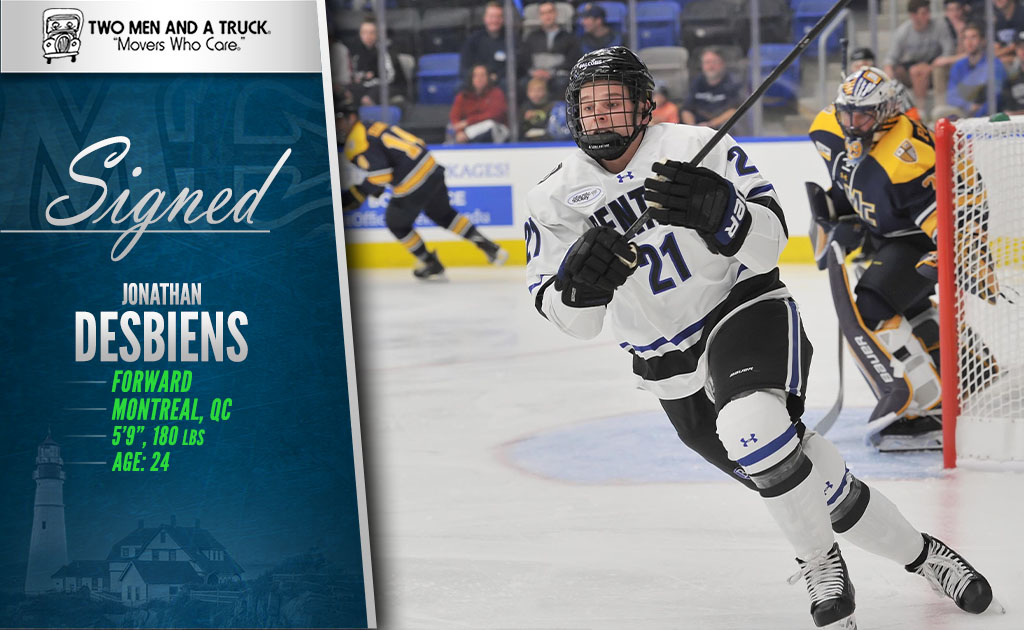 PORTLAND, ME – August 31, 2020 – The Maine Mariners announced the signing of rookie forward Jonathan Desbiens on Monday, adding to their 2020-21 roster. Desbiens most recently played for Bentley University (Waltham, MA), graduating this past spring.

“The Mariners were one of the first teams to call me and during [COVID-19] I was really hoping to sign somewhere,” said Desbiens. “When they talked about offering me a contract I was really excited. I really like the East Coast and I’ve had a couple of friends playing for Maine the last couple of years and they’ve said all great things about the team.” 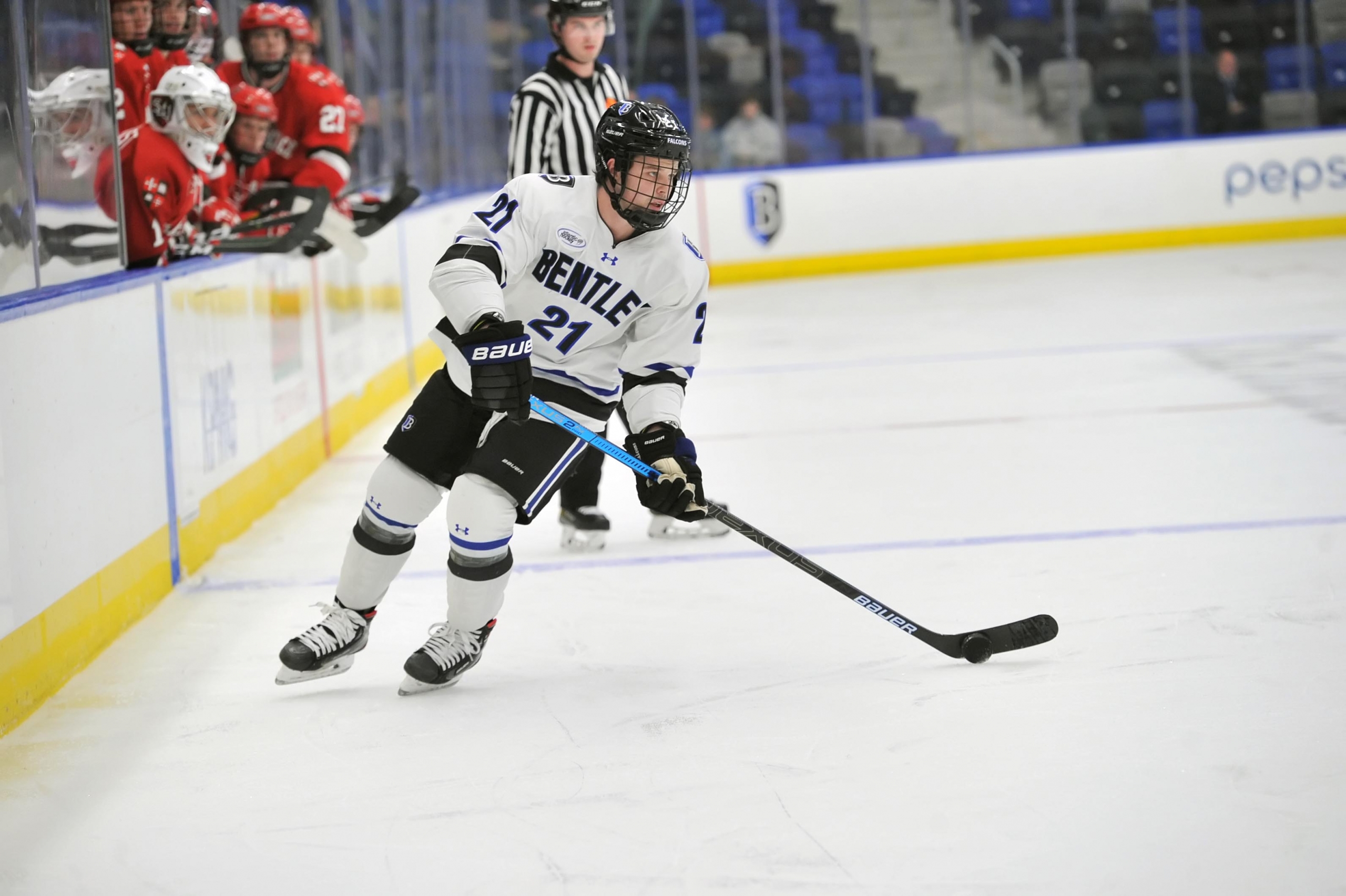 Desbiens is originally from Montreal, Quebec and took an interesting route to college hockey. He began his junior career in the United States Hockey League with the Lincoln Stars, playing in 48 games in 2013-14, with six goals and four assists. From there he headed back to Canada and the British Columbia Hockey League, joining the West Kelowna Warriors. Of his two seasons in the BCHL, 2015-16 was his breakout campaign, as he put up 83 points in 58 games (44 goals, 39 assists), leading the Warriors and finishing sixth in the league scoring race. West Kelowna went on to win the BCHL Championship, as well as the RBC Cup (Canadian Junior A National Championship). Desbiens led all BCHL players in playoff goals, with 15.

The now 24-year-old Desbiens began his NCAA career in the 2016-17 season for Bentley. He was immediately successful, posting 20 points as a freshman. He continued his point increase through his junior year of 2018-19, where he was an Atlantic Hockey Third Team All-Conference selection with 31 points in 35 games. Desbiens finished up at Bentley this past season with another solid 30 point campaign, giving him a total of 102 points (49 goals, 53 assists) in 139 career college games.

Mariners Head Coach and Assistant General Manager Riley Armstrong pointed to Desbiens’ unique mix of experience to the pros as an advantage. 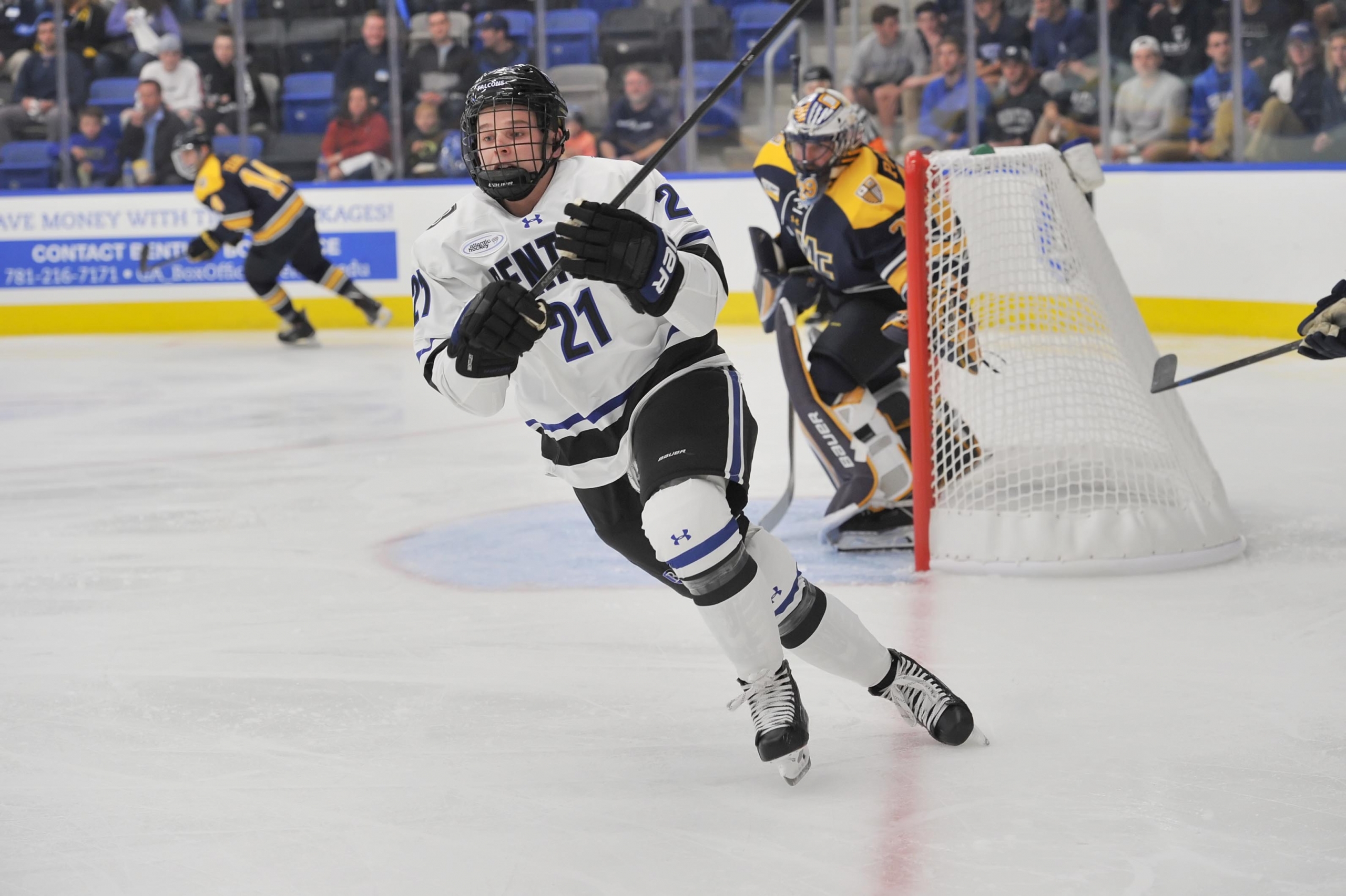 “Playing over in the [BCHL] you have to be able to skate and you have to have some creativity on the offensive side of the puck,” Armstrong said. “Going to NCAA, they really teach you a defensive mindset. I think having that outlook for him as a player knowing both sides of the puck, is really going to help him adjust to the pro game. I think he’s going to be an eye-opening forward that we’re bringing in this year. We’re really excited to grab him.”

Desbiens is the third rookie forward to sign with the Mariners for 20-21, along with Andrew Romano and Ben Freeman. Click here to view the current roster in full.