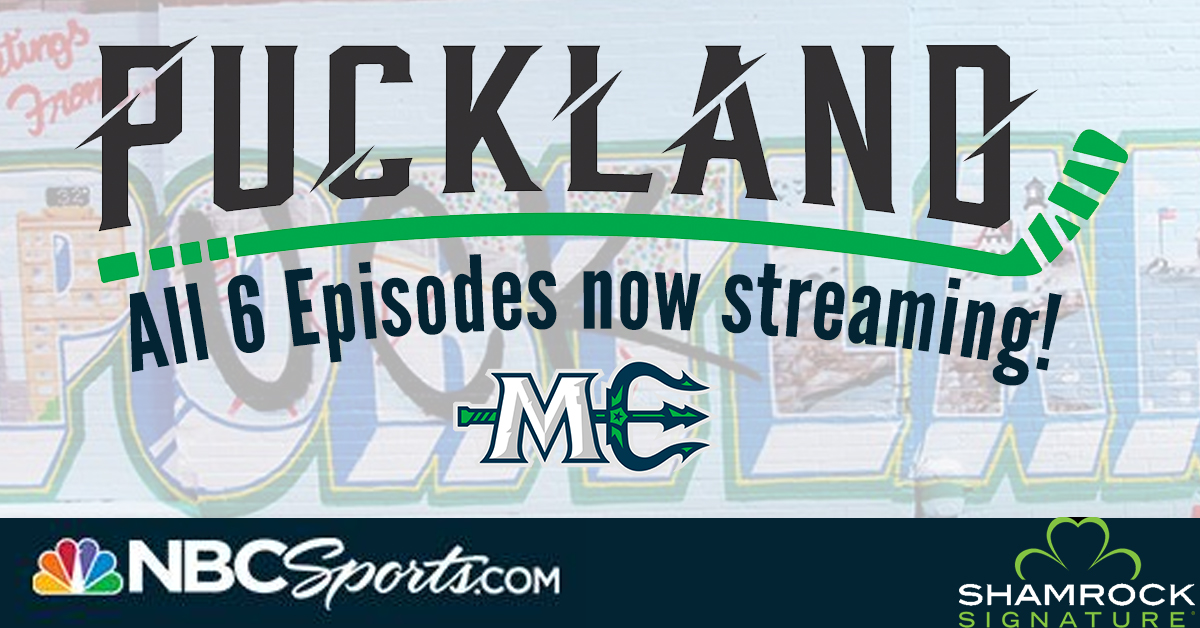 PORTLAND, ME – May 6, 2019 – All six episodes of the docuseries Puckland are now available on NBCSports.com. Produced locally, Puckland follows the Maine Mariners organization in the months leading up to their inaugural game in October of 2018. Episodes are roughly ten minutes in length, and have been airing locally on News Center Maine before dropping online at NBCSports.com each Sunday morning since March 31st.

The series is mainly focused around the on and off-ice journeys of first year V.P. of Operations Daniel Briere and Head Coach Riley Armstrong, including their appearances in the Flyers vs. Bruins Alumni game at the Cross Insurance Arena in the winter of 2017. Armstrong was uniquely introduced as the first head coach in franchise history during the game, which also allowed many of the hockey-hungry Maine fans to share their excitement on camera. The show also touches on the front office’s preparation for the inaugural season and dives deep into the process of building a roster, with players – first year and veteran attempting to make the team. The series culminates with opening night puck drop on October 13th, 2018.

The idea for Puckland came from local TV producer, Devon Platte, who was intrigued by the naming contest for the team in the summer of 2017. Platte has also worked on Maine-centered North Woods Law (Animal Planet) and Emmy award-winning The Amazing Race (CBS). To help fund the project, Platte partnered with Shamrock Sports & Entertainment and CEO Brian Corcoran, who became executive producer. The show features local art and music to add to the Maine authenticity.

The direct link to stream the series online is here. The sixth and final episode, just released is here.

The second season of Maine Mariners ECHL hockey will begin in October. Full and half season ticket packages are available by calling 833-GO-MAINE or visiting the Mariners front office located next to the Cross Insurance Arena at 94 Free Street. Beacon’s Kids Club has also launched for the 2019-20 season, with great benefits for Mariners fans ages 2-12. More information can be found at MarinersOfMaine.com. 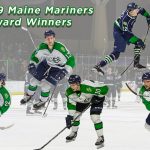 MARINERS LAUNCH STATEWIDE “READ WITH ME” PROGRAM
Scroll to top