Portland, ME – April 9 – Maine Mariners announce today that they have entered into an affiliation agreement with the New York Rangers.

“The New York Rangers are pleased to begin our partnership with the Maine Mariners,” said Chris Drury, Rangers Assistant General Manager and General Manager, Hartford Wolf Pack. “We look forward to starting a new chapter of professional hockey in our organization and are excited to join with the Mariners as they embark on their first season in the ECHL in 2018-19.”

The Rangers joined the NHL in 1926 as an “Original 6” franchise along with Boston, Chicago, Detroit, Montreal and Toronto. The 4-time Stanley Cup Champions play in the historic Madison Square Garden and have Hall Of Fame alumni such as Mark Messier, Rod Gilbert and Brian Leetch.

“We are honored to be affiliated with such an iconic team like the New York Rangers,” said Danny Briere, Maine Mariners Vice President of Hockey Operations. Myself and Coach Armstrong are looking forward to working with the Rangers staff and not only putting a great team on the ice here in Maine, but building future Rangers players for years to come.”

The Mariners begin play this October in the Cross Insurance Arena in downtown Portland, Maine. Season tickets are currently on sale. Information can be found on the Mariners website MarinersOfMaine.com. 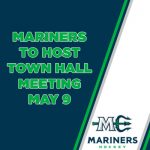 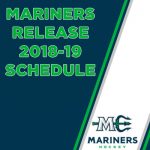