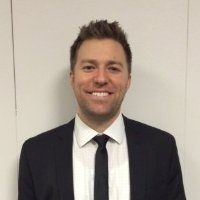 Adam Goldberg joined the Mariners in June 2017 as the Vice President of Business Operations. Goldberg has been with Comcast Spectacor since 2006 when he was with the Philadelphia Phantoms of the AHL. He then moved to Memphis to work with the Memphis Redbirds, the Triple-A baseball affiliate of the St. Louis Cardinals. Most recently, Adam worked with the Hartford Wolf Pack, the AHL affiliate of the New York Rangers.  Born and raised in New Jersey before moving west and attending Arizona State University for a marketing degree. Adam is passionate about food and art and lives in Scarborough with his wife and two sons. 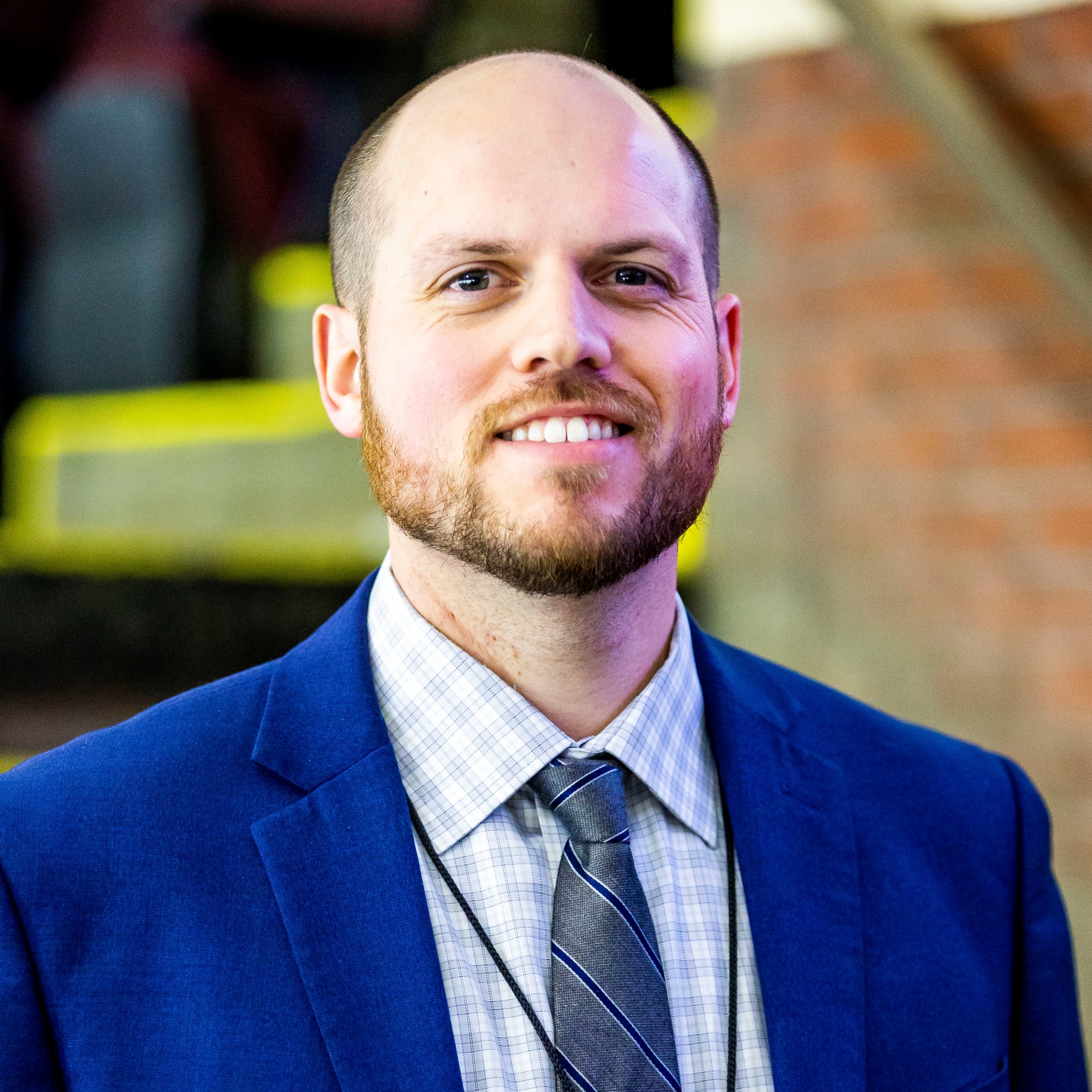 Jordan Place has the Mariners Director of Partnerships since the team began, starting in January of 2018. Place spent two years with the previous Cross Arena tenant, Portland Pirates, from 2014-2016 as Account Executive and Assistant Director of Ticket Operations. During the year plus hiatus of minor league hockey in Portland, Jordan spent time with the Maine Red Claws as Account Executive and Manager of Business Development. He graduated from the University of New England in 2010 and obtained his Master’s Degree in Sport Management from Texas Tech University in 2012. Place is a native of Portland, ME and currently resides in Scarborough, ME with his wife, Rebecca and two sons, Jaxon and Reese. 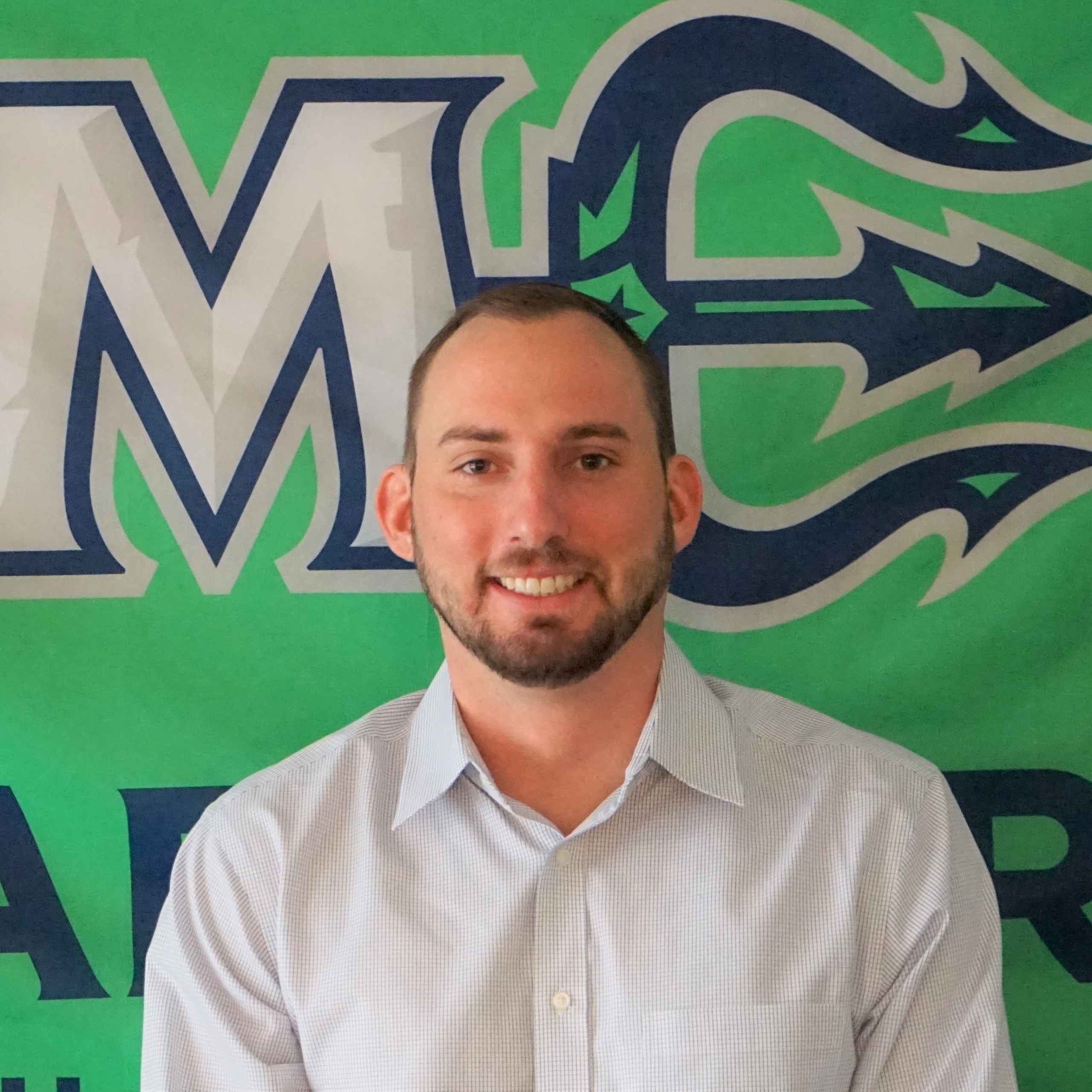 Steve Brown joined the Mariners in June 2021 as the Director of Sales. Brown started his career with the Charlotte Hornets and since has worked for the PGA TOUR, Los Angeles Rams, and TD GARDEN with a focus in corporate sales. He was born and raised in New Hampshire before moving west and attending Arizona State University for a Communications and Tourism degree. Steve is a sports enthusiast and can be found out on the golf course on the weekends and trying a new restaurants or breweries at night. 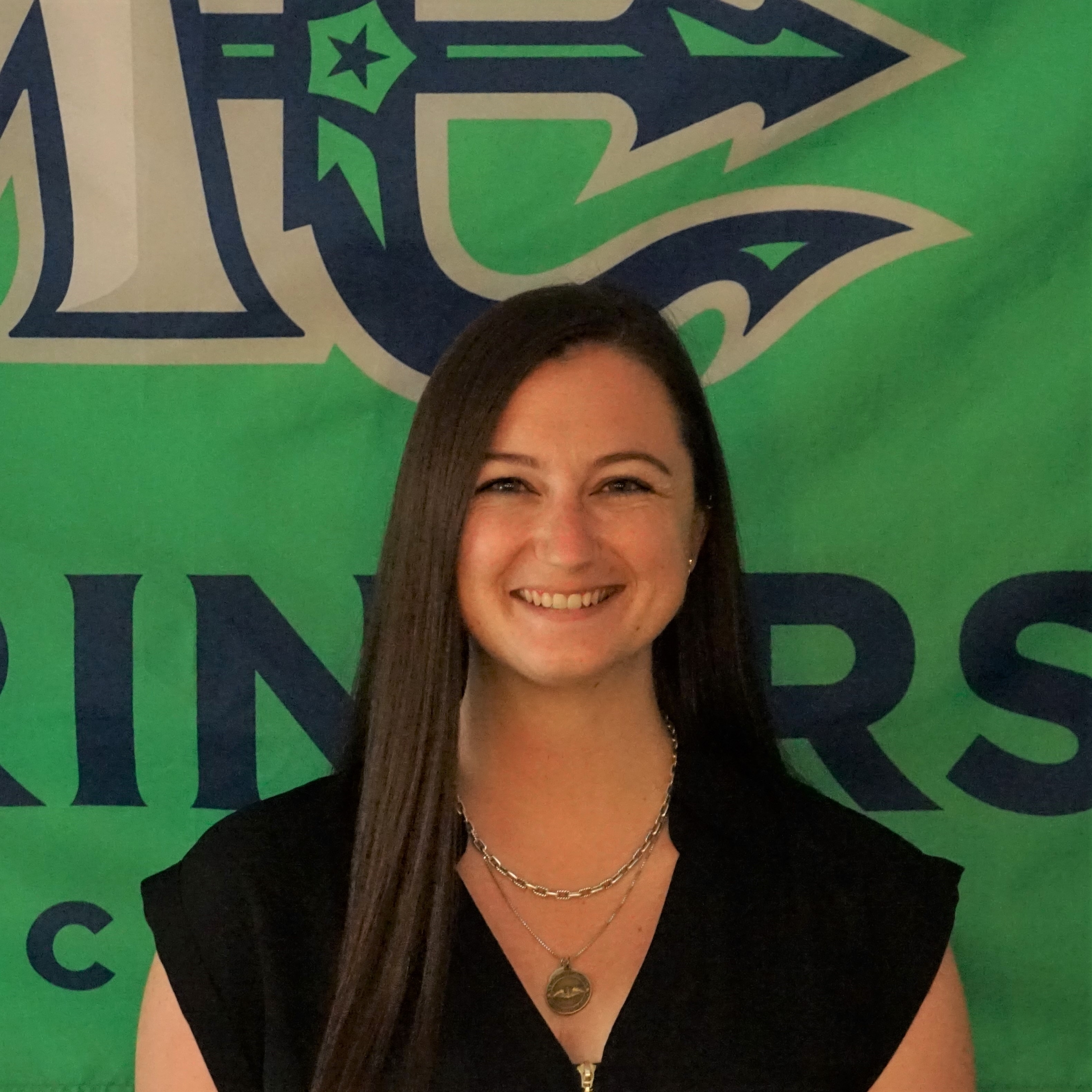 Natalie Immediato joined the Mariners in June 2021 as the Marketing Manager. Immediato has a background in Intercollegiate Athletics Marketing, most recently at Northern Arizona University as the Director of Fan Engagement. She previously worked at the University of Delaware and Towson University, where she focused on community engagement and game presentation. Immediato grew up in Delaware and attended the University of Delaware, earning a bachelor’s degree in Sport Management. She is a sports enthusiast and enjoys spending her time hiking and checking out local restaurants. 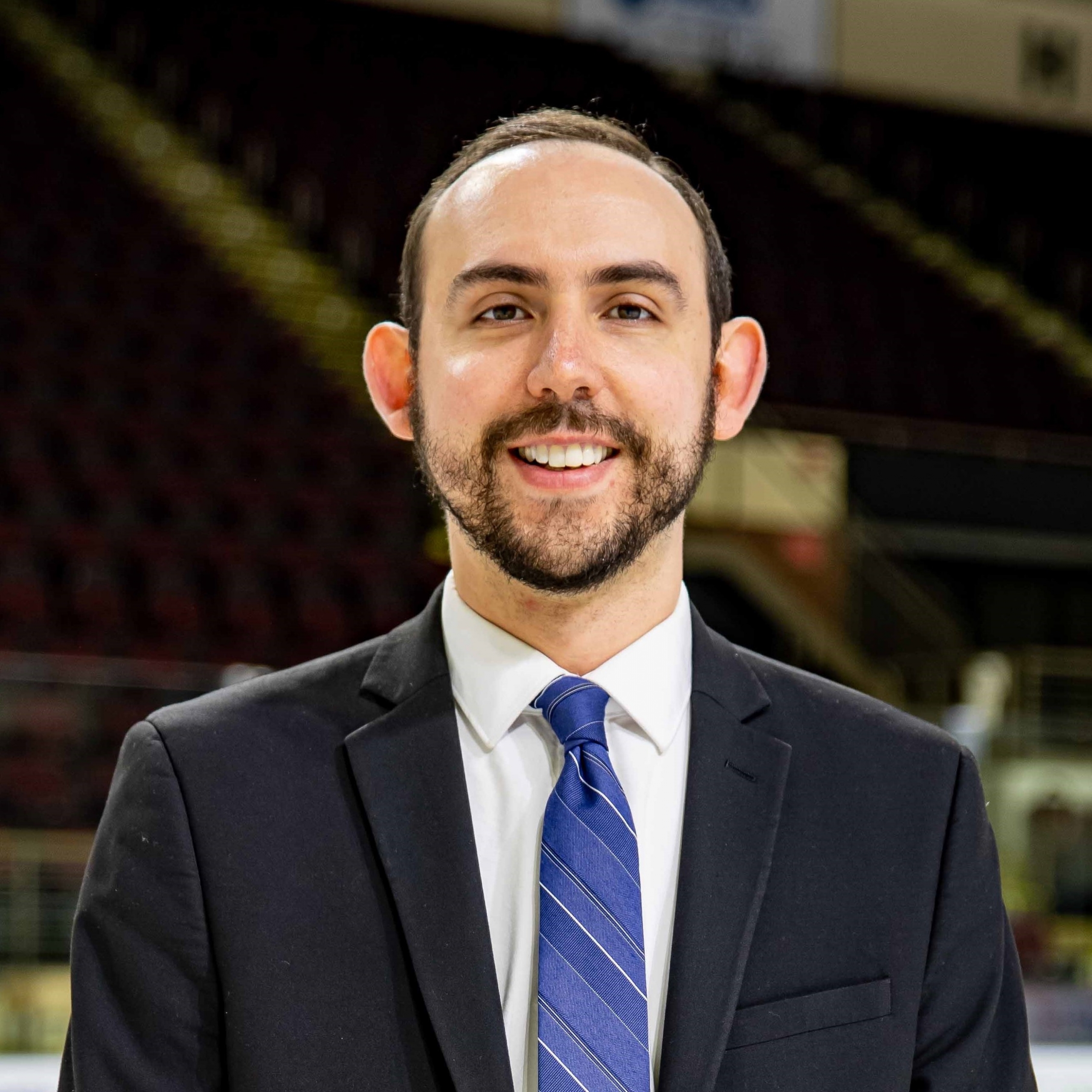 Michael Keeley has served as Media Relations and Broadcast Manager for the Mariners since the inaugural season, coming on board in July 2018. Keeley has been broadcasting hockey for over ten years, at many different levels. Prior to coming to Maine, he spent four seasons in the North American Hockey League – three with the Austin Bruins (Austin, MN) between 2015-2018. Keeley is a 2013 graduate of the State University of New York at Oswego with a B.A. in Broadcasting and Mass Communication. He was the radio voice of the Oswego State Lakers men’s hockey program from 2009-2013, which appeared in two NCAA DIII National Championship games in that span. Keeley has also called baseball, most notably with the Northwoods League’s Rochester Honkers (Rochester, MN) from 2016-2018. He was named Northwoods League “Announcer of the Year” in 2017. Keeley is originally from Rochester, NY and now lives in Brunswick, ME. 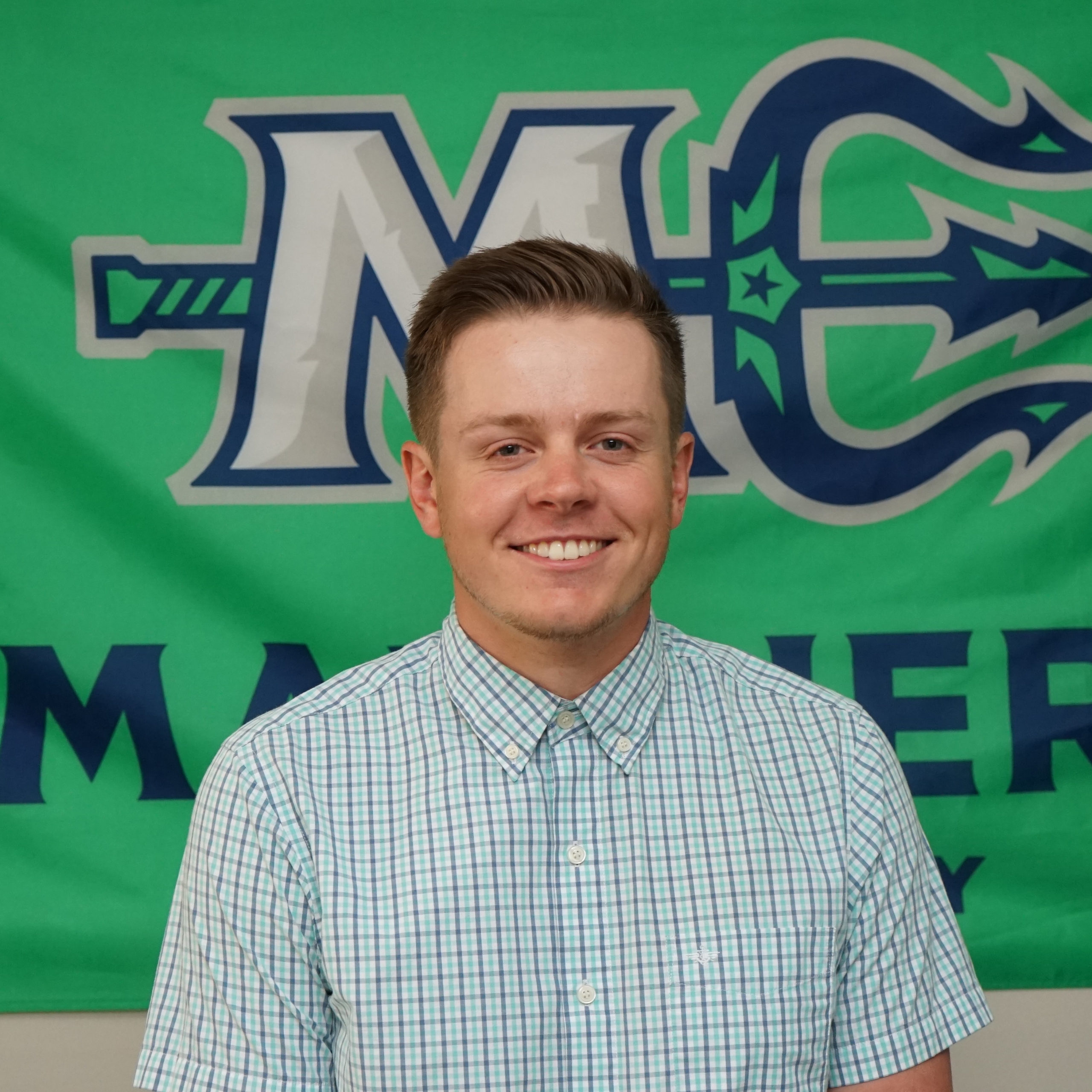 Christian Dunbar joined the Mariners in May 2021 as the Ticket Sales and Front Office Coordinator. Dunbar has previous experience in hockey with the University of New England, serving as the Media/Public Relations intern for the 2018-19 season, and again as the Director of Hockey Operations for the 2019-20 season. Dunbar has also served as the Business Office Manager intern for the Sanford Mainers baseball team where he now serves on the Board of Directors. Dunbar was raised in Maine and attended the University of New England where he received his B.A. in Sport Management in 2020. Dunbar recently completed his Master in Strategic Communications in the Spring of 2022. Aside from traditional sports like Hockey and Football, Dunbar enjoys skiing and disc golf. Dunbar currently resides in South Portland. 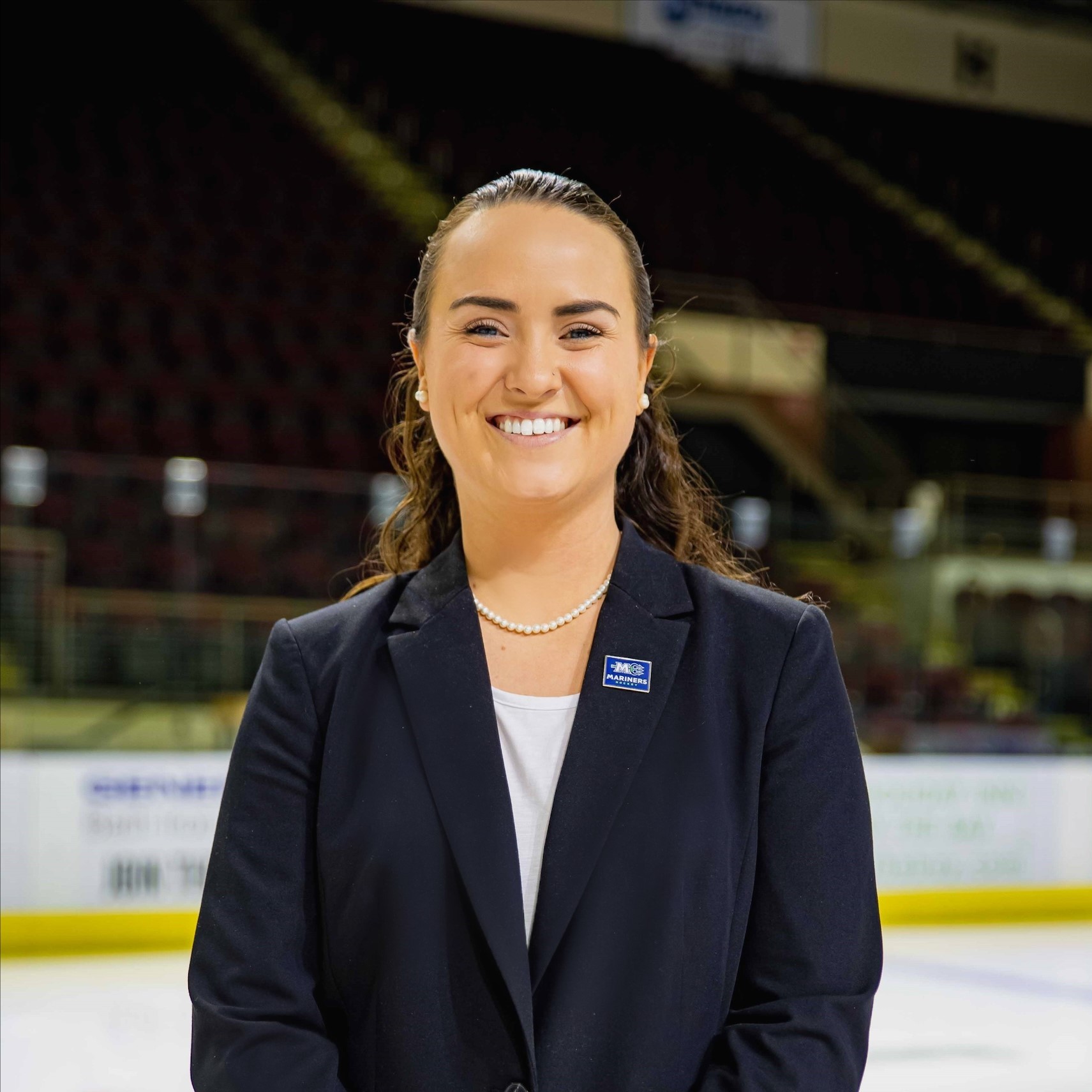 Shannon Upton joined the Mariners sales team as an account executive in June of 2021. Originally from Cape Cod, MA, Shannon is a 2021 graduate from the University of New England, with a B.S. in Sports Management and a double minor in Business and Coaching. She played ice hockey for the UNE Women’s Hockey team for 4 years and held an internship in the Athletic Department. Shannon also interned with the Commissioners of the Coastal Commonwealth Conference (CCC), and was an assistant coach for the Scarborough High School Girls Hockey team. Shannon enjoys spending her free time at the beach, relaxing or surfing. She currently resides in Biddeford. 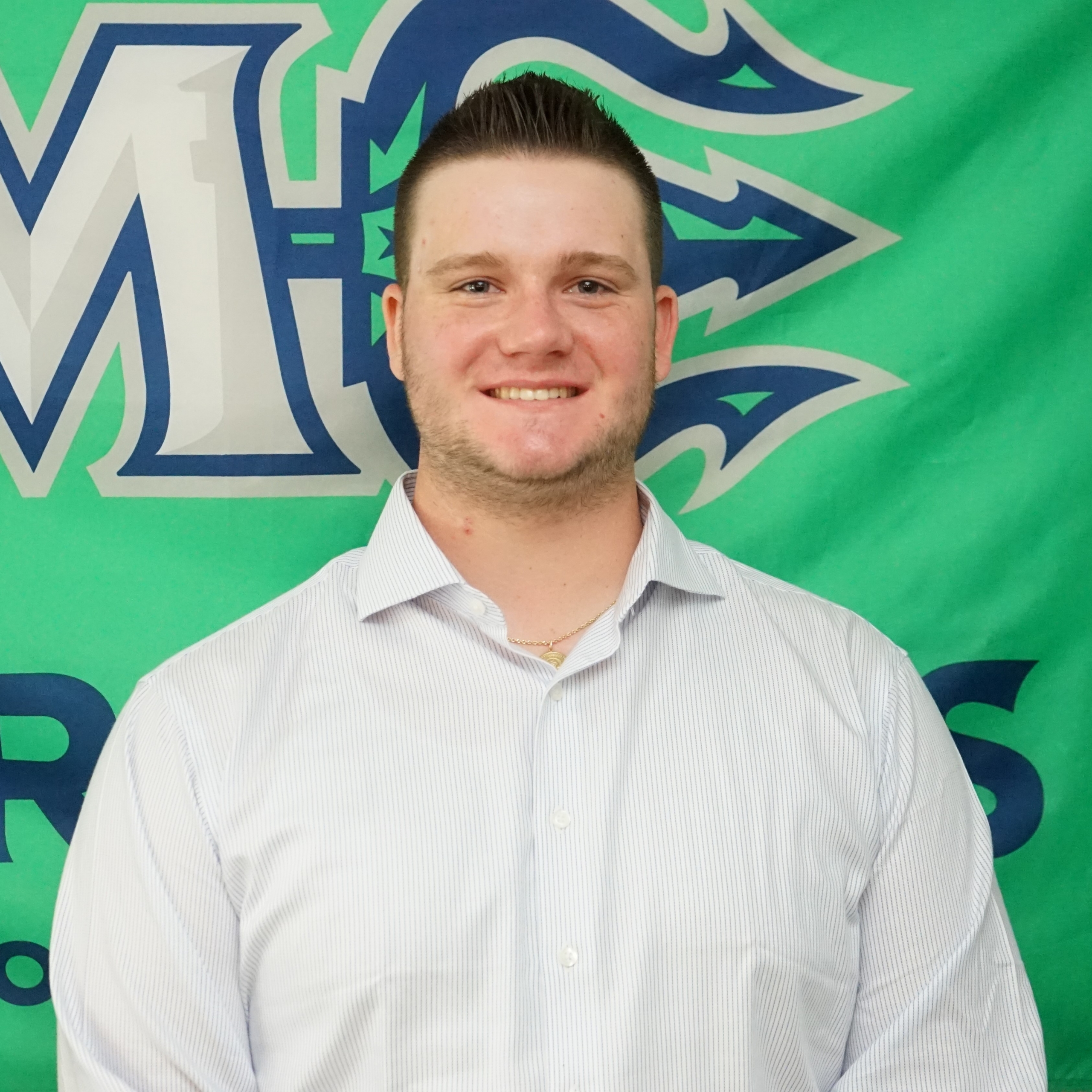 Brandon Narciso is another recent graduate of the University of New England, with a degree in Sport Management and a minor in Business Administration. He was part of the inaugural football team in 2017 at UNE and played for 3 years, interning during 2020. Brandon was the Harold Alfond Forum Student Building Manager at UNE from 2019-2021 and was an Orientation Leader and Resident Advisor on campus. While working for the Mariners, he is also currently a game day associate for the Portland Sea Dogs. Originally from South Windsor, CT, Brandon currently resides in Old Orchard Beach. He loves going to the beach, hanging out with friends, and trying new foods and restaurants. 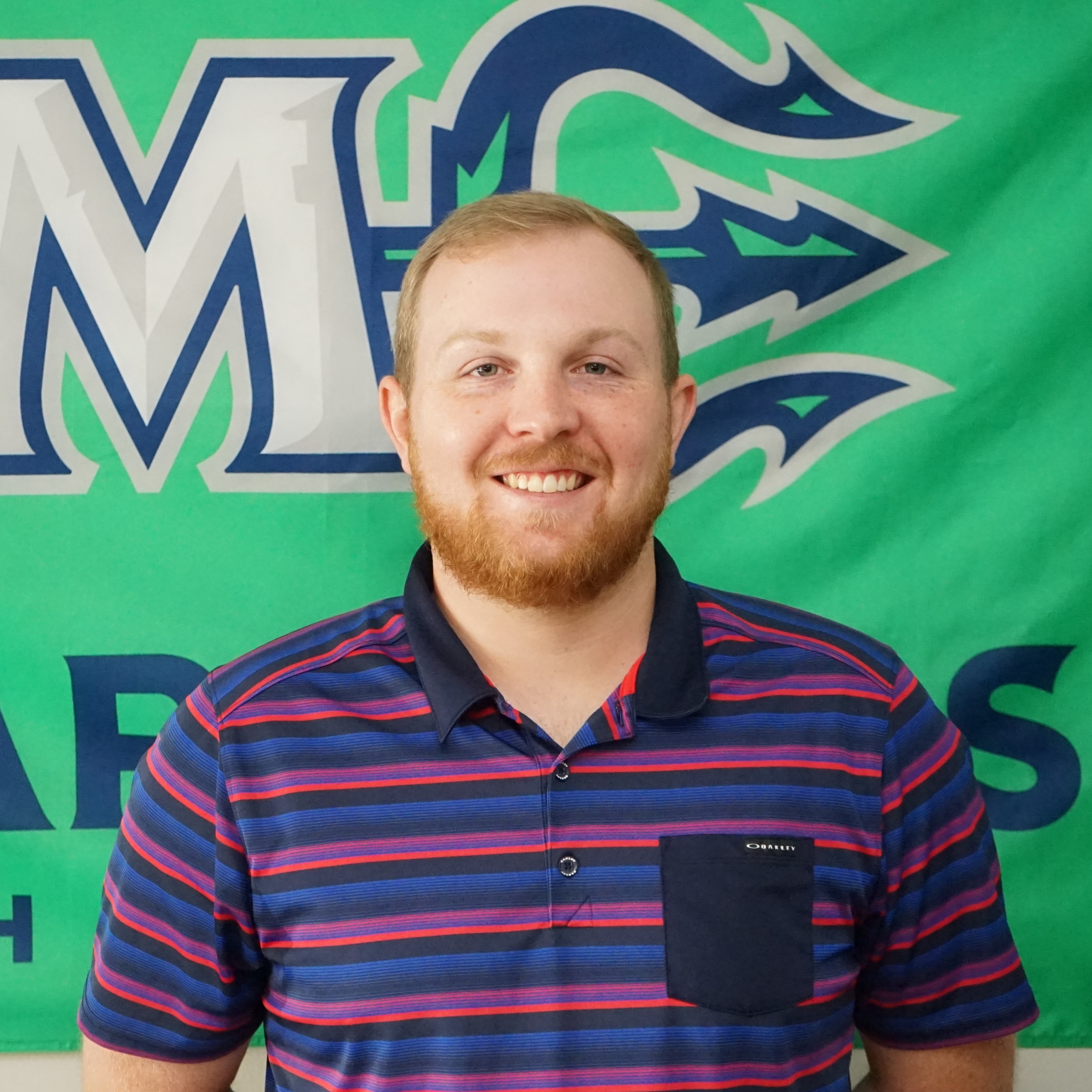 Pat Sullivan joined the Mariners sales team as an Account Executive in June of 2021.  Originally from South Portland, Pat Sullivan attended Lasell University in Newton, Massachusetts graduating with a degree in sport management and a minor in sport communication in 2020.  After Graduating, Pat attended Lasell’s graduate program and earned a Master of Science degree in management in 2021.  While at Lasell, Pat interned with IMG Learfield Boston College sports properties and continues to work as a Game Day Associate with the Portland Sea Dogs.  Outside of work, Pat loves to travel and explore new cities with his girlfriend, go camping with his family and ski during the winter. 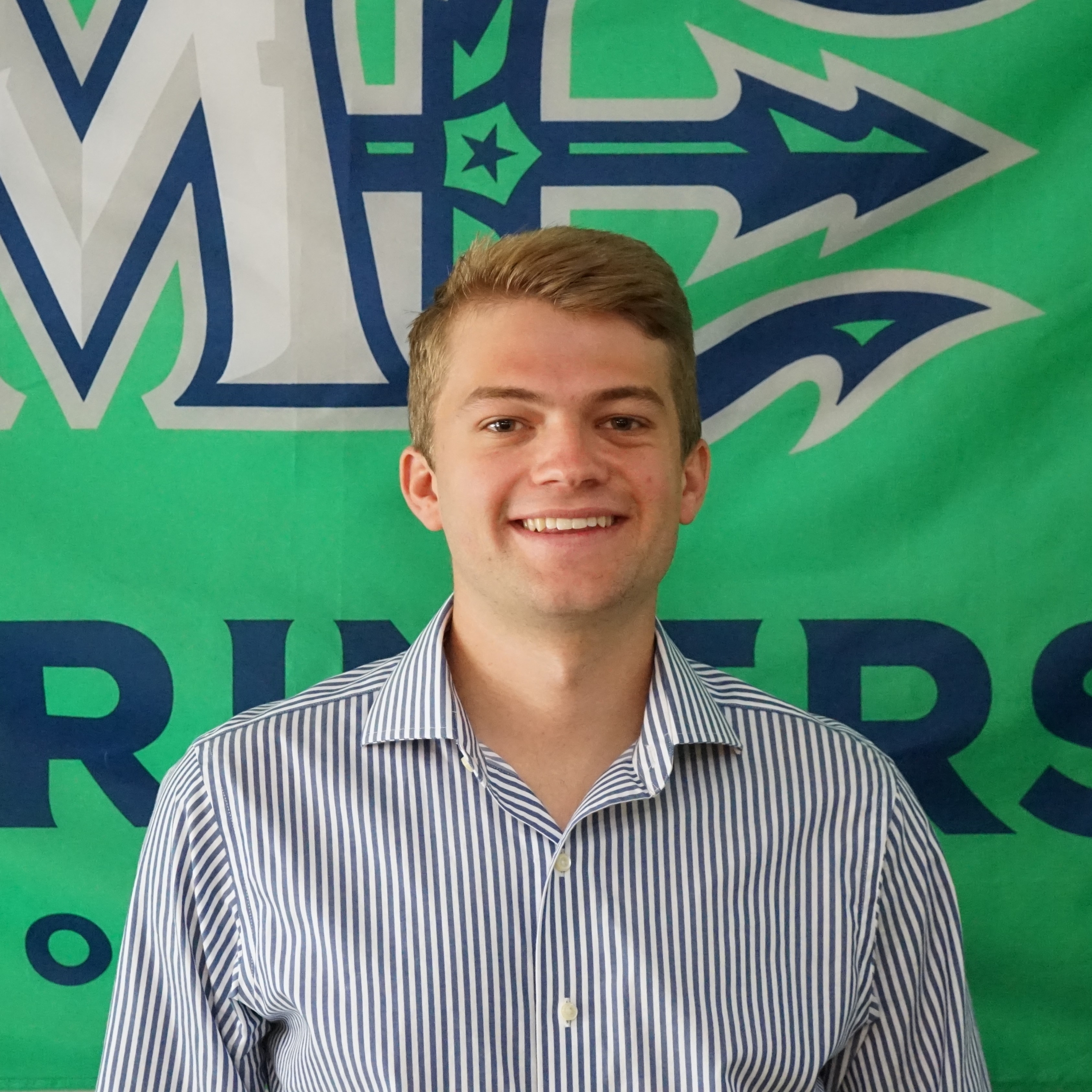 Sam Murray is originally from Rochester, NY where he grew up playing hockey and baseball. His family had a summer home in Biddeford which led to Sam falling in love with Maine. Sam attended the University of New England and graduated in 2020 with a degree in Sport Management and a minor in Business Administration. While at the University of New England, Sam had numerous internships including the Cape Cod Baseball League and the Maine Celtics. After graduating, Sam spent time as a sales associate for the New Hampshire Fisher Cats baseball team. Sam currently resides in downtown Portland and enjoys playing pond hockey and trying new restaurants. 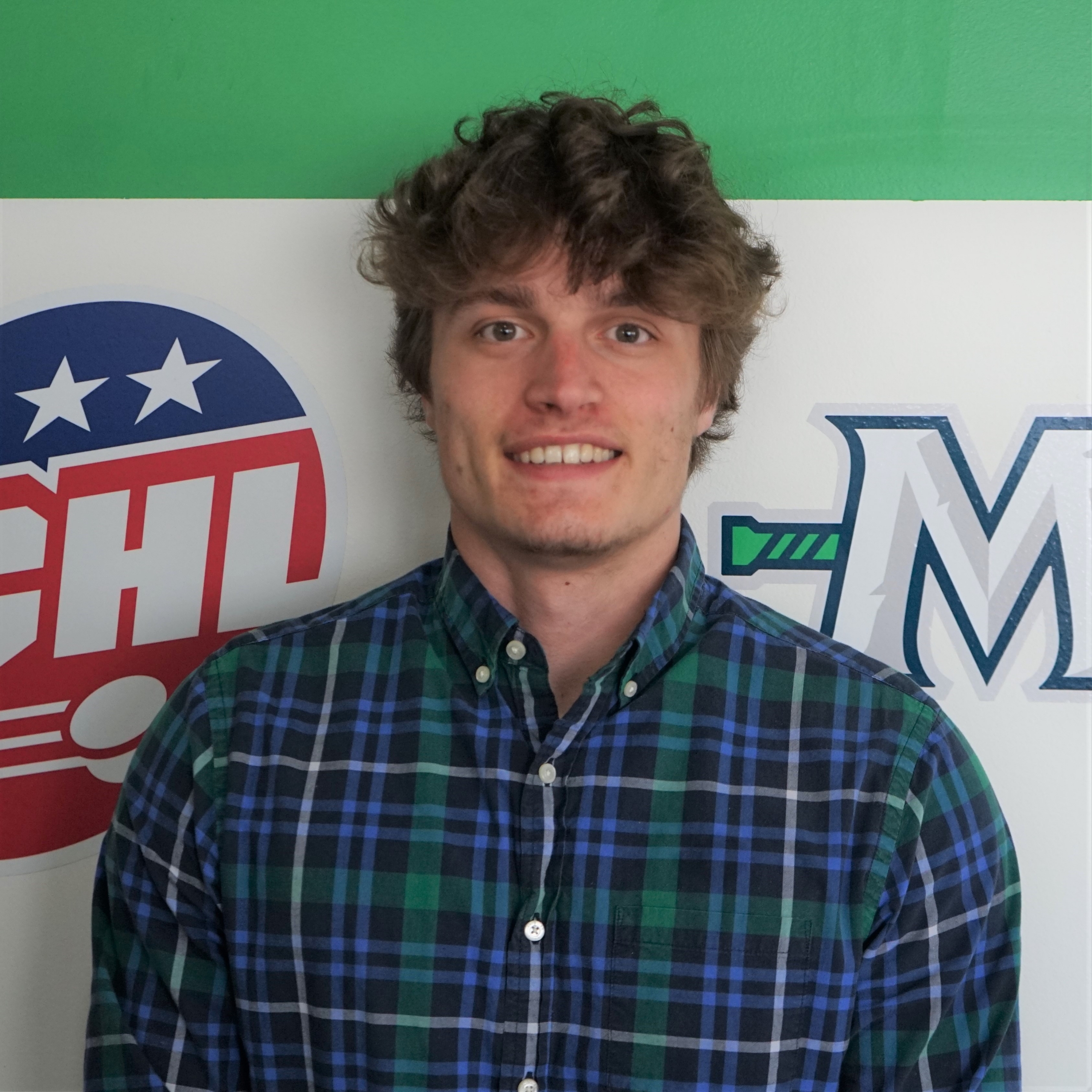 Cavan Weggler joined the Mariners sales team as an account executive in June of 2022. Cavan is a recent graduate of the University of Southern Maine, with a B.S in both Sport Management and Finance. While in school he interned with the Maine Celtics. During his time there he worked directly with the sales department and spent every game night inside the box office. Cavan also has experience working as a gameday sales associate with the Portland Sea Dogs during the 2021 season. Raised in Somerset County, Cavan now lives in East Deering. Cavan enjoys going to sporting events, traveling, and spending as much time as possible with his friends and family at his family camp in the mid coast.