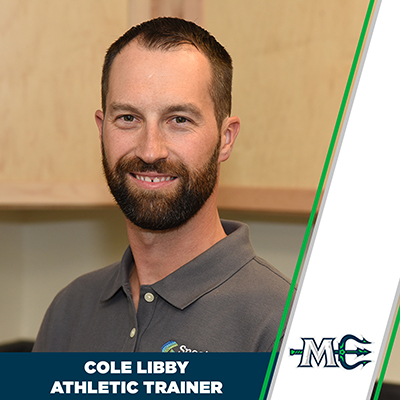 Cole Libby, ATC, is no stranger to professional hockey in Portland. In fact, Cole grew up around the sport as a stick boy for the Portland Pirates. Being around hockey players and team trainers helped guide Cole to become an athletic trainer himself.

Cole attended Weber State University in Ogden, Utah where he received a Bachelor of Science in Athletic Training while also playing on the school’s Division 1 club hockey team.

His connection to former Portland Pirate Kevin Kaminski helped land his first job as an athletic trainer after college with the Louisiana IceGators of the SPHL. After two years with the IceGators, Cole jumped up to the ECHL as an athletic trainer for the Wichita Thunder for another two-year stint. Most recently, Cole worked with another ECHL team, the Utah Grizzlies, an organization that he originally interned with during his time in college.

Cole, who was born and raised in Scarborough, Maine, got married last summer and is excited to be back home and working with the Maine Mariners in their inaugural season.